Should Breast Size Be Factored Into MMA Weightclasses? 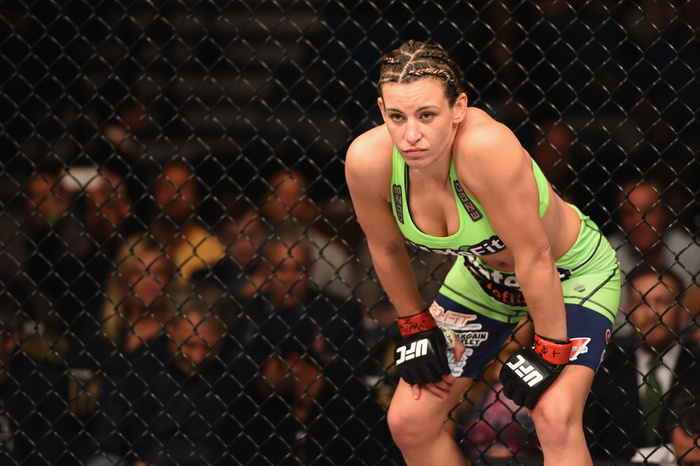 On September 25, 2015, My MMA News conducted an interview with a pro WMMA fighter named Brye Anne Russillo about her upcoming fight against Paige Lian at ACC 12 for the 150lbs title. It was a pleasant but ostensibly low priority interview—a human interest story about a 1-1 fighter and single mom working to improve her record and build a better life for her and her daughter—but one passing comment made by Russillo happened to catch the internet’s eye. Russillo, it turns out, spent months negotiating the appropriate weight class for this fight with her opponent. Lian usually fights at 145, while Russillo fights at 155. And she couldn’t manage the cut to Lian’s class, thanks in large part to the weight of her F-cup breasts.

“I can’t cut my tits off and put them on the side, they weight 12 pounds,” Russillo said.

Because the internet, the fighter’s mammary concerns quickly went viral, receiving coverage from the likes of The Daily Mail, Uproxx, and CNN. The New York Post conducted a follow-up interview with her, because the story so clearly appealed to their unique journalistic vision. And Bloody Elbow provided an exasperated recap of all of the mainstream attention that the story was getting. 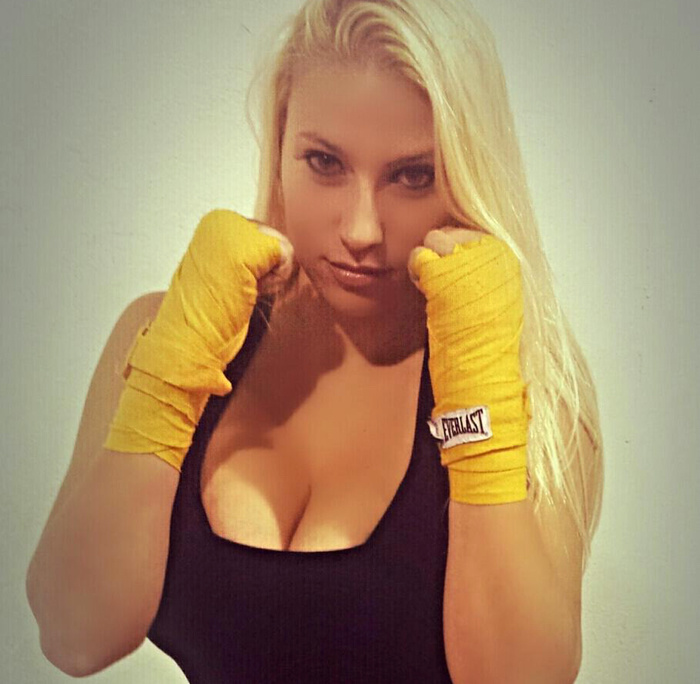 While most of the coverage of this issue has been puerile and LOL, BOOBS!-ey at best (or, alternately, snide and I’m-so-above-boobs-ey), I’m holding out hope that this might actually lead to some more open discussion, or at least acknowledgement of the unique physical issues that female fighters face. As someone who lived through the dark ages of watching all of Gina Carano and Cris Cyborg’s hormone-related issues with making weight get dismissed, save for the odd exception (like MMA Junkie’s Dr. Johnny Benjamin’s thoughtful column on the subject) with a bunch of PMS and period jokes, I’m willing to treat this story and its buzz as a potential step forward.

One interesting area of discussion that seems to be popping up in the wake of Russillo’s story is the idea of bosom-related weight allowances. Should breast weight be factored into WMMA weight classes somehow?

While I’m sympathetic to the cause, as someone who nominally possesses a pair of boobs myself and have occasionally struggled to reconcile those suckers with a casual martial arts practice in the past, I’m not sure I’m on side with this idea. Breasts, which are largely fat, offer very little, if any, advantage in a fight. They can hamper training, especially running. They can get in the way when you’re grappling. They can get punched, which arguably leads to some unpleasant repercussions. But they still contribute to a fighter’s overall weight. How much does it actually matter if you’re being mounted by an extra 12 pounds of breasts or 12 pounds of randomly distributed muscle when you’re grappling, for instance?

Besides, making allowances for certain deposits of certain tissues can open all sorts of cans of worms. Weight classes aren’t an absolutely perfect way of making sure that two fighters are evenly matched—no two fighters are going to have exactly the same composition and build and there’s always going to be differences in height, reach, bone structure, and the much-discussed bone density—but it’s the best catch-all option combat sports have right now. Should we really even consider punching holes in that?

And, even if we did, what would a breast allowance look like? And how on earth would such a thing factor into a live weigh-in event?

That said, I’m all up for some boob-related debate in the MMA world. Once we’re done thinking about weight allowances, we could also ponder the following questions:

-Should breast implants be allowed in combat sports?

-Should chest strikes be illegal in WMMA?

Fighter and writer Bryanna Fissori wrote a great piece on this topic. Other fighters weigh in here.

-Is breast size an issue in fights?

-How do breasts affect weight cutting?

As anyone with a modicum of fitness knowledge knows, spot reduction is impossible, which means that you can’t specifically try to cut boob weight.

Rousey discussed the issue in an interview with Middle Easy in 2013. “I have the body type where I lose weight from my chest first and my ass last,” she said. “I have easier cuts than some girls that have the reverse problem.”

There’s also been some (creepy?) speculation that it plays a role in Miesha Tate’s weight cuts.

In any case, there has to be a better way to address the issue than what Russillo, who wants to cut to 135 for her next fight, tells The New York Post she’s currently doing: “I put makeup remover on [my breasts] and then sit in the sauna, because someone told me that it opens your pores and helps you sweat. Then I’ll put hemorrhoid cream on them and wrap them over night. I start doing this three nights before the fight.”

Update: In an earlier version of this story, Cris 'Cyborg' Justino was incorrectly referred to as Chris. We regret this error.