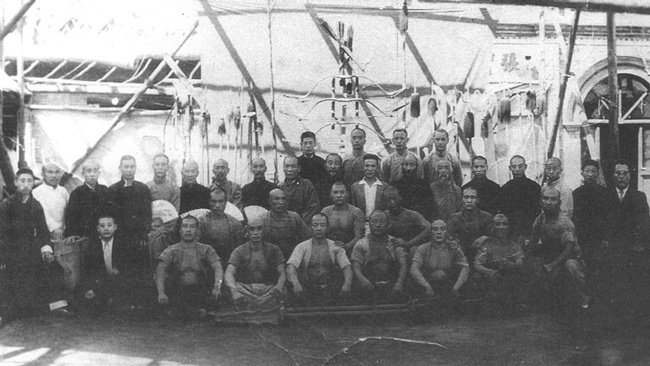 Several of China’s MMA hopefuls come from a Chinese wrestling background, known as shuai jiao. Traditional shuai jiao bears a resemblance to Mongolian wrestling and Sambo, with sweeps and throws being the primary attacks. China is the undisputed oldest civilization in the area, so it’s not hard to imagine that primordial shuai jiao techniques floated across the plains to Mongolia or across the straits to Japan and morphed into different forms of wrestling over time. There is precedent.

Ironically in the case of shuai jiao, what floated out remains today the more vibrant version of the art. Traditional shuai jiao in China devolved into the same state as many other Chinese traditional martial arts, as ossified training methods and a bloated, teetering infrastructure reduced the ability of Chinese shuai jiao wrestlers to compete with their international peers.

Repeated modernization attempts during the last 100 years sapped many Chinese arts of anything a competitor couldn’t find in other, more developed systems. Shuai jiao has yet to respond to the new conditions, so now the Olympics demand first take of the talent pool in China, leaving combat sports like Sanda and shuai jiao to the athletes with little or no hope of making waves internationally. Talented Chinese wrestlers tend to move on to Olympic or American wrestling, therefore Russians and Europeans dominate the tournament rankings, with only a few Chinese wrestlers out of Tianjin placing from time to time. 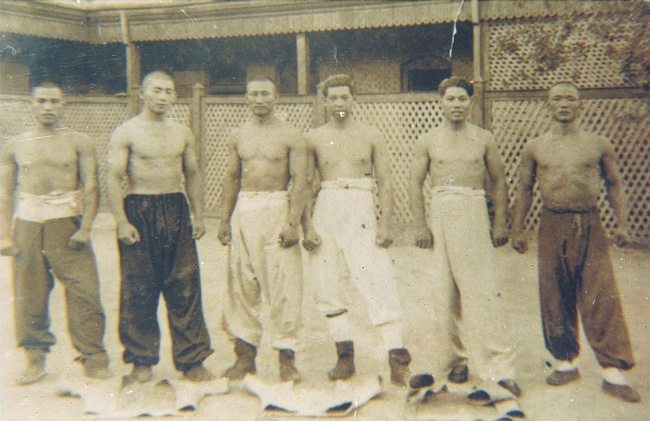 The last two in particular are interesting. Na Shuai and Dian Shuai reflect a traditional Chinese martial arts technique, specifically qin na, that can be found throughout kung fu and taijiquan as well. The art as it was a century or more ago probably took advantage of taijiquan’s focus on correct breathing and stance as well as the pressure point and joint manipulation ideas behind qin na. The arts have been split up since then, and taijiquan’s qi energy concepts and even qin na pressure point and joint lock attacks have been pushed aside in modern combat sports. This is really a problem of nomenclature and marketing, not so much efficacy.

Nevertheless, almost all Chinese UFC fighters have shuai jiao backgrounds to some degree or another. Li Jingliang, Ning Guangyou, Yang Jianping and Jumabieke Tuerxun are well known in China for their wrestling. Although introduced to wrestling via shuai jiao throws and clinch work when they were younger, all of China’s MMA competitors moved on to Mongolian and international (American) wresting later in their careers.

Wrestling in Mainland China these days is so heavily influenced by the Greco-Roman, American, and Mongolian styles, the original shuai jiao style “formed many millennia ago by a god-emperor” seems to have all but dissolved into a mixture of modern wrestling and throwing techniques, desperate to distinguish itself from Judo and Olympic wrestling.

But in Taiwan and many other countries around the world, the original spirit of shuai jiao lives on.

The Master Who Escaped

If the stories are to be believed, Chang Tung Sheng led the life of a classic martial artist. Chang was born in Hebei province in northern China just after the turn of the 20th century. He learned his first bits of shuai jiao from chicken vendor/wrestling champion/martial arts legend Zhang Feng Yan, who happened to live next door. Chang rose to become a national shuai jiao champion, founding instructor at the Central Martial Arts Academy of the National Institute in Nanking prior to WWII, elite paratrooper in the Nationalist Army, and the tree from which all of our modern shuai jiao apples fall from.

The most interesting aspect of Chang’s story, for me, are his travels before and during the war learning from martial arts instructors across China. The 1930s were a hey-day for Chinese traditional martial arts. After the fall of the Qing Dynasty, nationalist Chinese sought to rebuild their cultural traditions within a modern framework, a framework modeled on the Japanese ability to retain their identity while resisting foreign incursions. The National Institute in Nanjing was the culmination of these efforts, but across the land what it meant was the revival of martial arts as a respected national pastime. Men and women were encouraged to train, and masters were elevated and sought out.

It doesn’t matter whether or not Chang defeated all comers during his travels, as the legends have it. The key is there was once a time when Chinese wrestlers—national champion wrestlers—learned striking techniques along with pushing hands and qi gong breathing techniques in order to complement the clinch work and throwing techniques of their own style. This is not just a distinctively Chinese version of the knight’s errant tale, but also instructive for modern wrestlers and MMA competitors who seek to refine their own arts through exchanges and fair competition. Although it’s common to think of Chinese martial artists as insular and jealous of their secret style, the truth is that the exchange of skills has always been an integral part of the martial identity. Evolution and refinement has been the rule more often than the exception.

Chang escaped to Taiwan after the Communists took over Mainland China and put a stop to pretty much all fruitful exchanges. He continued teaching his art to Taiwanese military and police academies and many of his students emigrated abroad and spread the art. One of the first schools to open up outside of Taiwan was in NYC inspired by one of Chang’s traveling disciples, Jeng Hsing Ping. From there the style spread out across the world, to South America, Europe and North America. It’s fascinating to see the same pattern repeat itself over and over again: a single master (or training manual) breaks free from one society and brings a version of an art to heights never seen in the homeland.

Regardless, shuai jiao is still on the outskirts of the combat sport cypher, with no real chance of grabbing the mic just yet. But mixed martial artists are beginning to explore past the well known striking, grappling, submissions triumvirate into other, lesser known styles in search for an edge. At some point the taiji-infused, qin na influenced grappling and throwing game of traditional shuai jiao could prove useful.