Slack's Bubishi: Where the Head Goes... 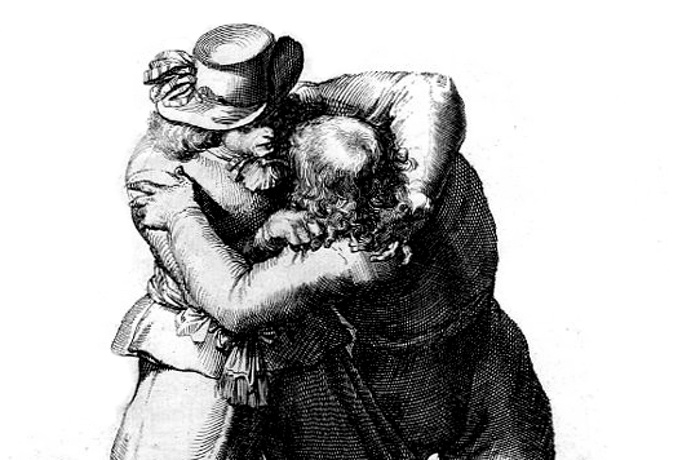 The Bubishi is a mixed bag. A martial arts manual which was copied by hand, from master to student, through the formative years of Okinawa's martial arts tradition. The text is a mishmash of work that seems to indicate numerous authors, all with differing views.

The text starts with a few lines of general advice and offers a few insights on fighting philosophy. But then come the potions. Page after page of remedies for trauma to the testicles or 'chronic suffering'. Chinese medicine was so tied to Chinese martial arts that the theme of learning to heal as well as to hurt ran deep through traditional chuan fa and even today there is a good market in the peddling of ointments and liniments to chuan fa practitioners. Those familiar with Chinese martial arts will know the importance of dit da jow to many traditions of body conditioning. Some are so convinced of the power of this liniment that they claim failure to use it while training in Iron Palm / Iron Shirt techniques will result in loss of sight.

Perhaps we should not write off the idea of supplementing training with extra-curricular treatments, however. Jack Dempsey famously soaked his face and hands with beef brine to toughen the skin, and by all accounts Dempsey's skin was like old boot leather. Equally, many believe that such treatment would dry skin out and make it even more liable to cutting. Champ Thomas advocated the firm kneading of the face and skin over the knuckles every day, as well as slapping to toughen it. Neither man's beliefs in the modern era would look out of place in a backwater hamlet in 1800s China.

The next section of the Bubishi is dedicated to vital points. Some sensible, the usual ribs, eyes, temples and so on that we discussed while debunking Gorgeous George Dillman the other day. But a huge portion of the section is made up of information on the mythical death touch. Diagram after diagram of nudes in shapes you would throw when you catch sight of yourself in the bathroom mirror... “Why don't I stand like this all the time?”

Or imagining what you wish you'd said to that guy who offended you all those years ago... But as we mentioned the last time we examined the Bubishi, it is the section on the forty eight diagrams which is the meat of the text and is actually useful. The great catch wrestler and one of my personal heroes, Billy Robinson, used to say that there's nothing new under the sun, and the study of old texts like the Bubishi really hammers that idea home. One of the ideas which the Bubishi lays out—a focus on head control—is still central to the highest level of professional fighting. In the Bubishi, it is a simple answer to a wild and wooly brawl. It appears, in fact, twice in the forty-eight diagrams, perhaps signifying its role as a one-size-fits-all game breaker. Variously appearing as 'beautiful woman applies make up', 'beautiful woman combs her hair', 'Emperor holds an egg', and 'Emperor holds the seal' depending on whose translation you are reading. The losing man is named a carp 'looking at the sky', which pretty accurately describes his broken posture.

The purpose of the technique is to move the opponent's head away by tilting it upwards so that the opponent cannot gain decent control of your body. On this occasion it is done by using the chin as a handle. By extending the neck and continuing to attempt to extend it, the opponent is forced to give some space. Just as it is harder to hold your arm strong when your wrist is bent, the smaller joint affects the carriage of the unit.

While you will rarely see experienced wrestlers able to stiff arm an opponent out to arms length, you will still see them drive the head far enough away to slide their own head in underneath. At this point the fighter's skull acts like a bowling ball made of bone between his chest and the opponent's, stifling most of the opponent's best-practiced offense. Chael Sonnen remarked on Michael Bisping's success with this method in an interview with Luke Thomas. And whenever Jon Jones, Josh Barnett or a number of other wily wrestlers finds themselves on the wrong end of a body lock the sequence is always the same—drive the chin up, insert the head, work from there.

I'm certain that you have seen the head used below the opponent's to straighten him up along the fence. It's the method that Cain Velasquez used to batter Junior dos Santos over his last ten rounds against the Brazilian.

Velasquez and Barnett use it to set up strikes to the midsection, but after a while it's unpleasant on it's own. Half of the swelling on Dos Santos' face in the famous post fight photos probably came from Velasquez's head fighting for twenty five minutes.

Often when you see a Brazilian Jiu Jitsu player inside the closed guard of his opponent, where to be broken down is to go from an advantageous position to an endangered one, he'll go so far as to tilt his head upwards and gaze down with just his eyes. When looking down, with the neck bent, it is far easier to have the entire posture pulled down under force.  Meanwhile, in boxing, one spends a great deal of time learning to keep the chin tucked down—old timers used to practice their shadow boxing with a tennis ball pinned between their chin and chest. The idea being to hide the chin firstly because it contains so many nerve endings and secondly because if you are hit on the chin it acts as a lever to throw the whole head around.

And I'm sure that all of my readers are familiar with the can opener as a method of opening the guard, or sitting there are trying to break the opponent's neck if you have Mark Coleman level strength.

To see the direction of the chin directly affect a fighter's ability to move you need only watch a high level top player in grappling. From side control, and increasingly from mount, the cross face with the shoulder is a vital offensive weapon. Using the shoulder to turn the opponent's head in one direction and pinning it there eliminates his ability to bridge in the other direction with any force.

Roger Gracie's tooth crushing cross face from side control made mounting his opponent so much easier.

Returning to the example from the Bubishi, and sticking with that theme that “new techniques” don't really exist in the martial arts, here is an almost identical technique demonstrated in a wrestling manual by Nicolaes Petter. Petter was born in Germany and became a successful wine merchant in the Netherlands—he'd never been to China and his manual could well pre-date the Bubishi by a hundred years. Good, basic ideas are just that, they will be reached all over the world.

In his brilliant treatise Clear Education in the Magnificent Art of Wrestling, Petter demonstrated a similar method of head control to drive the opponent back and free oneself from a grip around the waist. While long hair was still common in Petter's time he advocates the use of the web of the hand underneath the nose to lift the opponent's head. Again, an extended point on the head which—while it may not be much as a lever—hurts like hell to resist. You can readily see this same principle in action when the wily Baret Yoshida grapples. When he achieves the crucifix, Yoshida will use his wrist underneath the nose to raise the opponent's chin, then drop his wrist into the space provided to secure the choke.

In the Bubishi, hair grips are pivotal, because in China the long braid (the queue) was just part of day to day life, and in Okinawa and Japan the top knot was similarly commonplace. Hair, in any form, forms another one of those levers with the added bonus of enormous pain in attempting to resist against its manipulation. While Petter's approach to breaking a grab around the waist was (a little) more sporting than the Bubishi's, he was not opposed to using the power of the hair grip. The hair grip saved Royce Gracie in the guard against Kimo Leopaldo, but for Petter it was a chance to turn the opponent around and pull him over backwards. Or, and this might be one of the nastiest ideas I've seen put to paper, a grip by which you may shoulder throw your man. A final method of manipulating the head which is covered in the Bubishi is the use of the web of the hand to drive into the throat. (Sadly, fish hooking is conspicuously absent, though that might be because it's a great way to lose a finger and gain a stump if you don't know how to do it right.) In sumo this is termed nodowa, and is an excellent means to counter a wrestler attempting to get traditional grips on the mawashi. An underhook is just a straight arm when your head is being driven behind your center of gravity and you're out at arms length, after all.

While the grappling game, and martial arts in general has come a long way over the past couple of hundred years the awkward truth of reach remains. Jon Jones will often literally hold opponents at arms length with his palm on their forehead and deny them the opportunity to tie him up while he prepares to elbow them in the face.

I'll leave you with a party trick that Mas Oyama used to play. Have someone sit in a chair, and slump back into it comfortably. Place your palm on their head and ask them to rise. If their head remains behind their center of gravity they should be unable to. Oyama, a former strongman, used to perform this trick with a finger on the forehead and wait until he'd had his applause to explain that anyone could do it. Where the head goes, the body will follow. The body cannot proceed without the head.

Pick up Jack's new kindle book, Finding the Art, or grab Fighting Karate at his blog, Fights Gone By.

Interpreting the Bubishi: One Thousand Pounds Falls to the Ground