So I Trained with an Axe Murderer 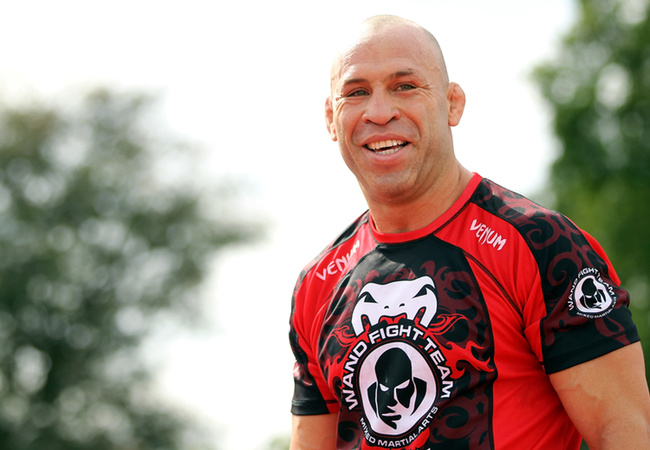 “I want to get knocked out by Wanderlei Silva,” the guy next to me tells me as we nervously shift foot to foot on the mats, waiting for the man in question to arrive. “It’s like being baptized.”

We’re two of about fifty MMA enthusiasts, amateurs and pros who have scored a spot in a semi-intimate seminar taught by the PRIDE and UFC legend known as The Axe Murderer at Evolucao Thai in Toronto. Evolucao Thai was founded by brothers Mauricio Veio and Andre Dida Amado, both veterans of the storied Chute Boxe Academy in Curitiba, Brazil. Veio first came to Toronto about seven years ago as a rep for Chute Boxe, teaching Muay Thai for MMA at Toronto BJJ before launching his own system with his brother. Dida opened a gym in Curitiba. Veio kicked around a number of Toronto locations for years, teaching Evolucao classes out of gyms and dojos that had some spare mat time before settling into his current location, the first gym he officially considers his own. Silva, who has known Veio since he was eleven years old and currently employs both brothers as part of his camp, came to help his coach and longtime friend christen the place with a seminar and a belt grading.

I trained with Maurico for about three years at Toronto BJJ, working my way up to a light blue belt under the the Evolucao grading system before taking what turned into a ridiculously extended hiatus from martial arts. I’ve been meaning to check out his new place since it opened last year, and a seminar taught by one of the most compelling figures in MMA history seemed as good a reason as any to finally go.

Unlike my new friend, though, I had no interest in a brutal baptism or trial by fire. After years of atrophy and semi-sloth, I was a little terrified of taking part in the class.

“What if I have to spar with Wanderlei Silva?” I asked my husband the night before class.

“I’m sure it’ll be fine,” he assured me. “Guys like that aren’t going to go full out on someone who’s not at their size or skill level.”

But I wasn’t afraid that The Axe Murderer was going to beat the shit out of me. I’ve trained with enough black belts to know how they roll. They spar with lower belts the way that a tiger plays with an orphaned domestic kitten: gently, tentatively, asserting only the tiniest inkling of its power against the excited flailing of the adorable but clearly inferior creature. And I desperately didn’t want to face that sweet acknowledgement of my suckitude. I wanted to quietly learn from the superstar while hiding in a corner somewhere. I didn’t want to find myself in a situation that would expose the true depths of my ineffectual skills.

But there’s really no hiding from Wanderlei Silva, it turns out. And that goes for his students as well as his opponents. Before the seminar, he made a point to weave through the crowd and welcome each of us individually.

Silva stands at 5’11”, which is just above average height for an adult male in Brazil (and significantly taller than the Canadian average). He blends in so well with the rest of the fighters at the gym that I don’t even realize he’s circulating the room until he’s a few feet away from me, and yet I find myself agreeing with my neighbor’s assessment. He’s solid as shit. 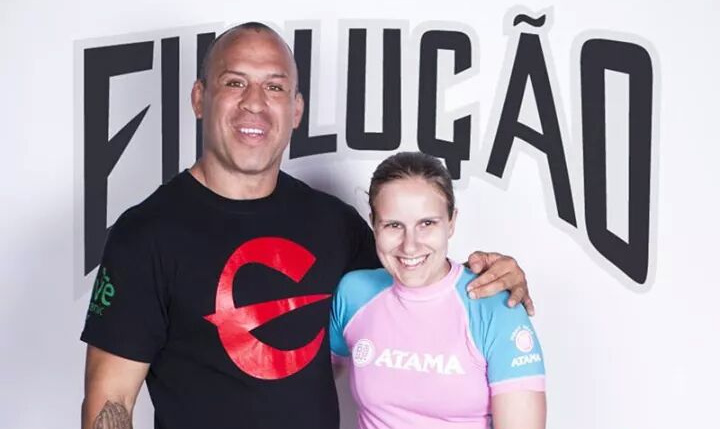 When it's my turn, I find myself both intimidated and charmed. He’s an imposing figure when he’s standing directly in front of you. Nothing above his lips moves at all. His face is as solid as stone, a statue carved by a lifetime of taking punches about as well as he delivers them. But below that immobile line, his face can—and often does–break into a massive smile.

“You know who he reminds me of?” my friend asks me. “Voldemort.”

The techniques that Silva spends the next hour and a half teaching us definitely feel as sinister as anything He-Who-Must-Not-Be-Named ever attempted in the Harry Potter series. He shows us a couple of takedown defenses that quickly switch to offense, my favorite of which involves what he calls “receiving” a double-leg takedown with a well-timed uppercut. We also spend a lot of time in the clinch, doing various drills and throwing knees and elbows.

Throughout all of the drills, Silva wanders through the sweaty, struggling masses, watching all of us with a cold and precise eye. When he doesn’t like the look of our strikes, he stops us. He smiles and jokes with us, and then he guides us through the motions to make sure that our punches, kicks, elbows, and knees are timed as perfectly and aimed as precisely as possible to inflict the maximum amount of damage in combat.  It’s like your goofy favorite uncle playfully molding you into a remorseless killing machine.

Silva likes the looks of my knees, and barks a “Very good!” before moving on, but my elbows are a mess. He quickly takes my partner out of action and demonstrates the move for me again. Then he gently grabs my arm and takes it through the motion for me. Finally, he holds his hands up and tells me to hit them. I do. Nervously and awkwardly at first, then I pick up a little steam. But even at full force, with exponentially improved form, I barely feel like I’m tapping him. My bony elbows barely make a sound against his leathery palms. But he indulges me with a pained face anyway.

After a number of rounds of sparring (which I sit out because I have no reflexes or energy remaining), Silva tells us to gather around him and sit down cross-legged.

But that’s exactly what it turns out to be. For the next half hour, Silva tells us about how proud he is of Veio, how much he loves training with him, and how much he wants to see Evolucao Thai grow. He tells us to bring our friends, because training feels good.

“Maybe your friend is sad, or maybe he is fat,” he says. “You bring him here and he will feel good. And he will look like this,” he says, rubbing his abs with a laugh.

He also answers questions about his career, telling us, as he’s told reporters lately, that he still wants to face Chael Sonnen, in whatever way that match could happen, and that he wants a third and final fight with Dan Henderson. And yes, he’d like it to be a title fight. He also wishes that he’d had a chance to fight Fedor when both of them were in their prime, and doesn’t know why that match never happened in PRIDE. And then goes on to break down the various PRIDE rules he would and wouldn’t like to see in the Octagon, and his reasoning for all of them.

No one asks him about his bizarre situation with the Nevada Athletic Commission (although I did hear some guys talking about it amongst themselves on the mats at one point, in a sort of not-mad-just-disappointed tone).

Although Silva jokes that his next fight, which will be his fiftieth professional fight, would mark the midpoint of his career and that he wants to do a hundred pro fights, he then admits that he doesn’t know how many fights he has left in him at this point.

“I’m thirty-eight now... but I still look thirty-seven!” he jokes. But he’s starting to feel his age, even if he doesn’t quite look it. Training is getting a little harder, he doesn’t recover as quickly. He never specifically mentions retirement during his talk, but does say that he is taking each fight as it comes, and seeing how he feels each day.

His focus now is on his legacy. This is why he wants to pick meaningful fights, and also why he likes to teach. The true measure of a martial artist, he believes, is in the next generation that he or she fosters. His true legacy, he insists, is almost as much about all of us as it is about him.

After the talk, Silva hung for the belt promotion ceremony and posed for photos with whoever wanted them. The only thing he didn’t teach us was how to interlock our fingers and then rotate our fists side to side to warm up our forearms. But then the master always holds back one move from the students.