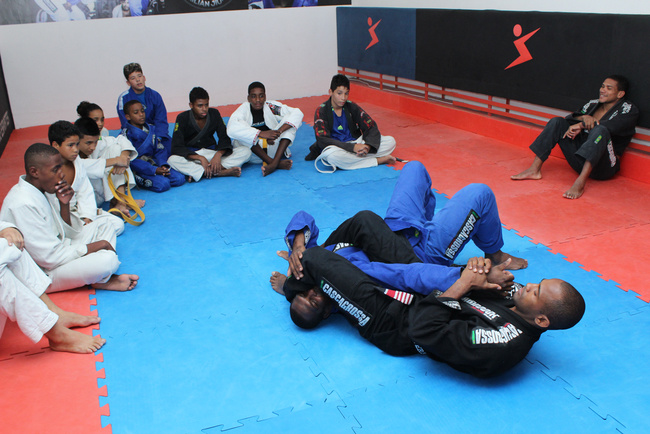 Nico Ball recently left her life as a teacher to train mixed martial arts full-time in Brazil. Originally from Pennsylvania, she attended George Mason University in Virginia and got her Masters degree studying the impact of martial arts-based social projects. After graduating, she became a teacher, but realized her passion for martial arts was bigger than she had imagined.

She’s now living the fighter’s life in the Mecca of jiu jitsu, but has found a way to continue her interest in creating social change by helping organize The Tererê Kids Project, a nonprofit for the children living in poverty in the favela of Morro do Contagalo. The project is centered around jiu jitsu star Fernando Augusto da Silva, widely known by his nickname Tererê, who used the Gentle Art as a way to escape a life of crime.

Tererê is an equally inspirational and tragic figure in the grappling world. Known for his exciting and creative style, his short rise to fame in the early 2000’s was interrupted when he was arrested for public disturbance on a plane. His subsequent prison sentence spurred a drug-addiction relapse, and for a while, nobody knew what would happen to jiu jitsu’s young rock star.

Years later, he resurfaced, and the seemingly renewed and healthy black belt is now back in the same favela he grew up in, teaching jiu jitsu. We reached out to Nico to find out more about Tererê's favela academy, and the effect it’s having on the community. 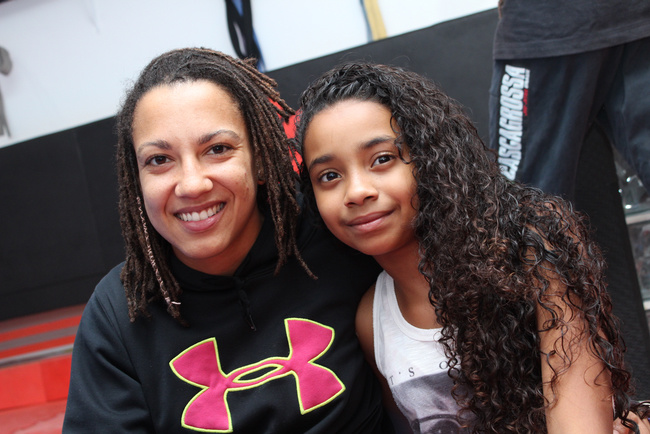 Fightland: What made you relocate to Brazil?
Nico Ball: I’m wanting to go pro in MMA this year. I came to Brazil almost a year and half ago because I wanted to improve on my jiu jitsu. I only really trained submission [grappling] in the U.S., so I wanted to do jiu jitsu. I love traveling, so if I’m going to put on a gi, I might as well go to the Mecca of jiu jitsu and learn from the best. As a white belt, I came down here and I started training.

“I was training to fight and was a full-time schoolteacher. But I wanted to do martial arts, and put my full dedication to that and see where it goes. I’m from Pennsylvania originally, so I did a lot of training at the Renzo Gracie Academy. Not the one in New York, but he has an academy in Pennsylvania, and his brother Daniel just opened up a school out there. His school is in Philly. Him, Tom DeBlass, and other people from the Tristate area get together a lot and do a lot of rolling. I went and lived there for a month before I came to Brazil and they really welcomed me. It was great.” 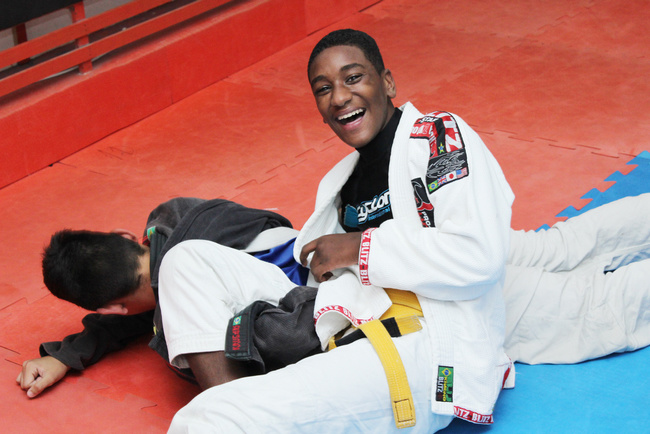 Out of all of the jiu jitsu academies in Brazil, what made you pick Tererê’s?
(Laughs) I didn’t even know who Tererê was. I met a friend that came here for a year, specifically seeking out Tererê, and wanted to train with him for a year. He told me he was a great guy and that I should check out a class at his gym. I was like, ‘Yeah, yeah, whatever.’ When I figured out who he was, because you know, I didn’t know who anyone in jiu jitsu was, but I knew he was famous. [I told myself that] when I figure out who he is and I have a respect for his name, I will go to his gym and I’ll meet him.

And so I went there. It was a couple weeks before one of my first competitions. I just loved his class. I loved the way he was as a person. He looked at me and he’s like, ‘Why the hell are you doing this?’ I said, ‘I don’t know, I never thought about it. Because nobody ever told me that I shouldn’t really do it. Is that a bad thing?’

(Laughs) He just really helped me build my jiu jitsu game and build my strategy and things like that. So I switched gyms, and started training with him, you know? 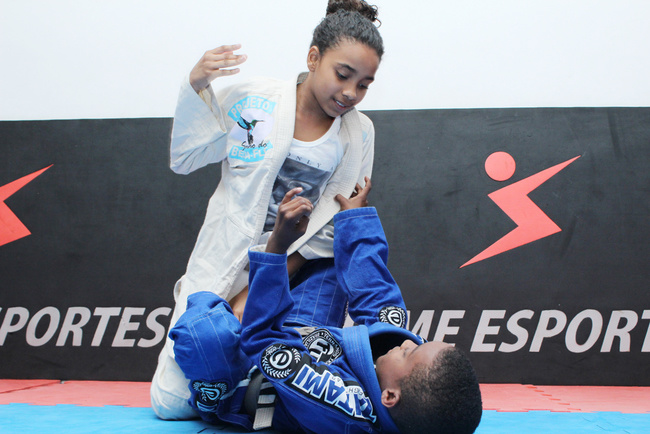 What is the academy like?
The academy is really laid back, a “home” kind of feel. It’s a bunch of people that know each other from the community, or know each other from Ipanema. And they just have a good time on the mats. The music in the background, learning the best techniques, in the most laid back atmosphere. It’s really nice. Its definitively different than other gyms I’ve been to in Rio.

When Tererê was in recovery the jiu jitsu community rallied around him.
We are getting a decent amount of support from people that know about the project. We are really trying to get the word out more. Tererê came back last year, and he went to the Europeans, and he did great there… he’s trying to find his niche again. I don’t think he will come back to be a big competitor but he’s really falling in love with teaching and watching the evolution of his students.

I think that’s kind of where the social project comes into play. He’s really focused on developing more athletes and especially helping the people out from the community—not only his own family, because he has nephews that are young and train at the project, but all these [other] kids who are starting to train there. He’s really investing his time in that, as well as giving seminars. 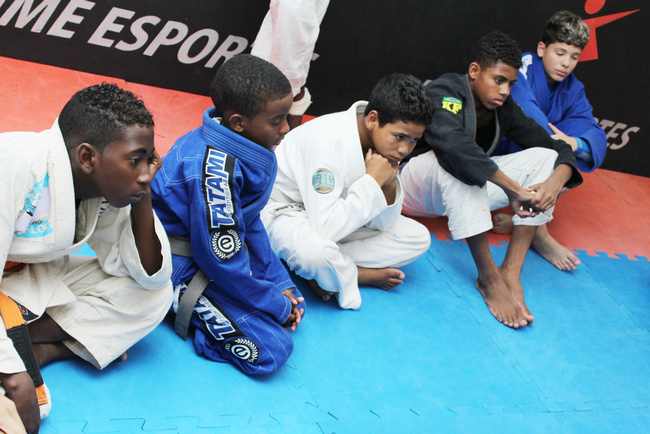 What is the Tererê Kids project?
He has a whole bunch of kids from the Cantagalo community, where he’s from, here in Ipanema that train there for free. The problem is that competing and getting Kimonos can be somewhat difficult for them. Kimonos are expensive, especially one’s you can compete in that are woven tops, not just the quick-dry gis. Competitions are expensive as well.

So basically, I made a blog and I translated what he did. It wasn’t anything big or new it was like, ‘Hey this is Tererê. He has some kids here, they want to compete, but they don’t have any money to pay the competition fees.’ So people started sending in donations and we used the donation money to buy gis—some we get from Casca Grossa, who give us an amazing discounted price so that we can get a whole bunch of kids gis. And we pay for them to compete in competitions every month. 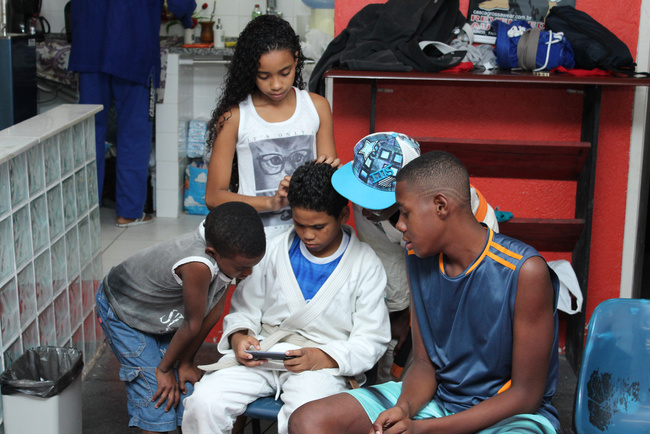 It’s a cool story—to have him back in the favela he grew up in, teaching the art form that saved him from the perils of life on the street.
The have the jiu jitsu down, and now we are working on the social project aspect. Trying to start things like free English classes for the kids and different things like that so it can grow even more.

Here in the Cantagalo, Brazil community, a lot of athletes have come out of this community. I feel that jiu jitsu plays a huge role in this community. There’s a lot of drug dealers, there’s a lot of cops, there’s a lot of people that go to church, and there’s a lot of jiu jitsu people. It’s definitely a subculture. It’s definitely something for kids to do after school—because here, they only go to school for four hours a day. So they are basically free the whole day. It’s something productive for them to do. Here in the favela, they love to play soccer, but there aren’t soccer fields. Kids here play soccer on cement. And sometimes their porch drop off is the side of a mountain, so if you lose your soccer ball, it’s going down the side of a mountain. They really lack the infrastructure and places to develop socially in a safe environment. Jiu jitsu is definitely that for them. Studying martial arts, that’s something I would hear all the time: social projects keep kids off the streets, it keeps them away from drugs and violence.

There is one girl in particular. I saw her stop training, and I saw her today in the street. She was just smoking a lot of weed. She was rolling a joint today. So, I can totally see the connection between, ‘Hey, this kid used to train,’ and now they are really in the streets doing nothing. It’s incredible to see firsthand. It’s like, wow I wish they would come back to class with me. 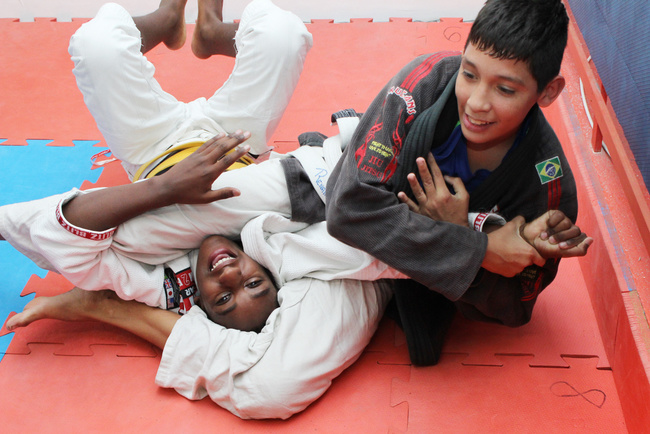 He’s also a legend. In this favela, there does seem to be a lot of open drug dealing. [The drug dealers] kind of just stand around in the streets all day, so you talk to them and you see them. They see you with your Kimono and they see you with your Tererê shirt, and they are like, ‘oh you are a fighter. I used to be an orange belt! I used to train with Tererê too.” Its really funny, they really do talk about him like he’s a legend. Everyone used to know him. Everyone used to train with him here. They all will say that they wish they could get back into jiu jitsu and train.

Almost all of the favelas have social projects, now. I recall him saying this in one of his last interviews: he was one of the first kids from the favela to start Gracie jiu jitsu, and now there is so many black belts trying to bring jiu jitsu to a lot of kids. It’s great. I’ve met a purple belt in his 20s now but he doesn’t have that much means to support himself. He learned English through talking to different people on the mats. That’s incredible. 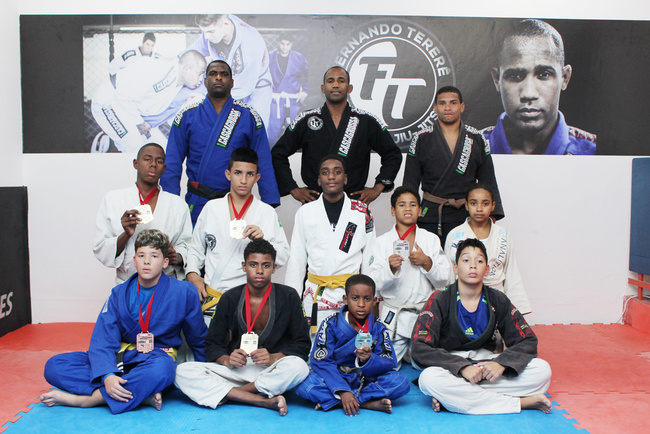 How long do you plan on staying?
Indefinitely. My plan was to train at Nova União because its one of the best MMA gyms. I wanted to train with Claudinha Gadelha who was number two in the weight class above me. I’m doing that right now. I’m pretty happy with that. And I’ll be making my pro debut from here [in Brazil].

I want to fight here in Brazil until I can get into Invicta in the US. Because then will pay for me to come back, and I wont have to get my own ticket.

Donate to the Kids Project here.
Find out more about Nico Ball on her website.