Someone Built a Computer Made of Punching Bags 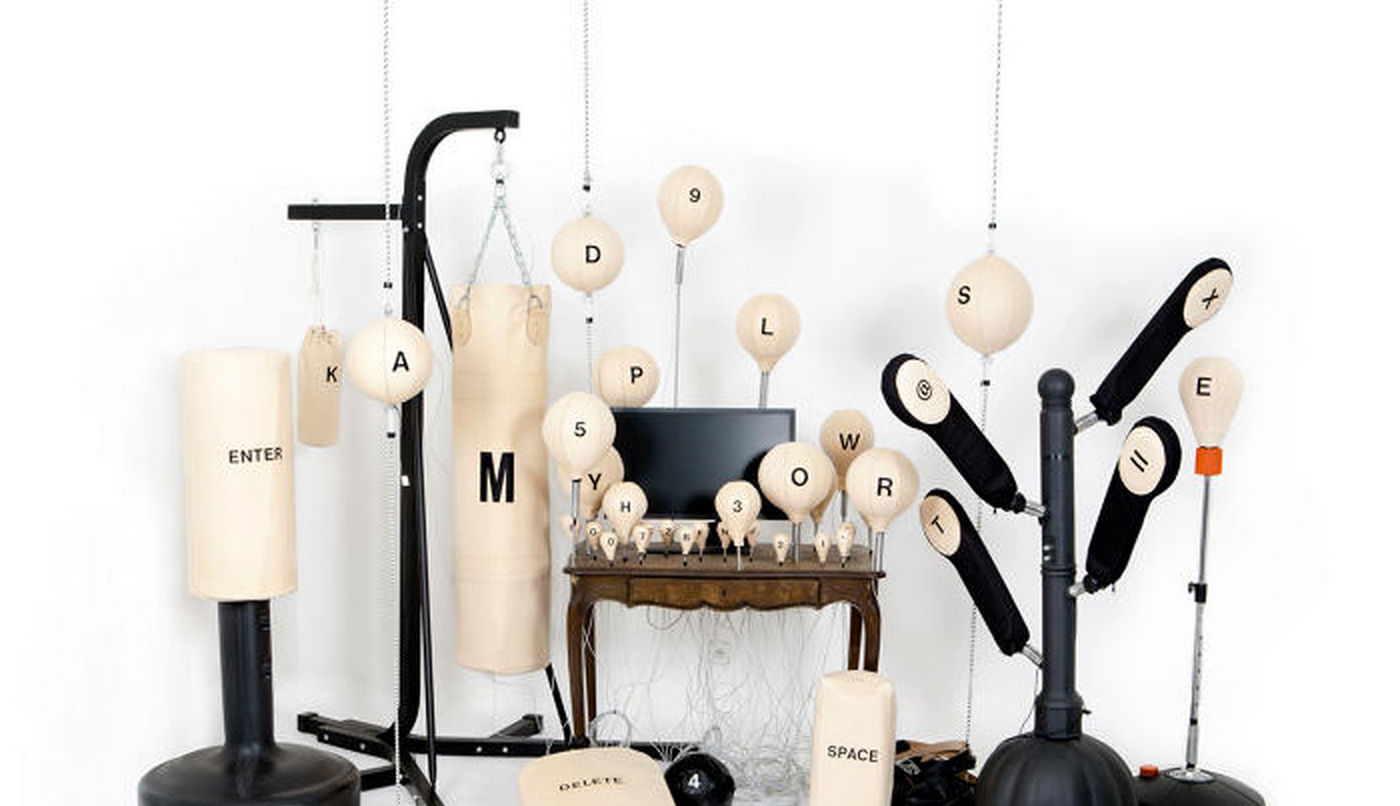 In a highly conceptual and imaginative piece, designers Desiree Heiss and Ines Kaag from the European design studio Bless forged what is, up this point, the ultimate way to get work and a work out done simultaneously.

Instead of the traditional keys you might find on a regular keyboard or typewriter, Heiss and Kaag’s design sets up differently sized and luxuriously tan-colored punching bags that have letters assigned to them. For example, some letters are found on speed bags, where others are found in miniature punching bags at the bottom of the rig that you would kick if trying to type that letter. For a space you might have to body slam the rectangular bag that’s assigned to the space bar, and to type a question mark, you would have to prove your slugs to be true and honest against the questioning heavy bag. 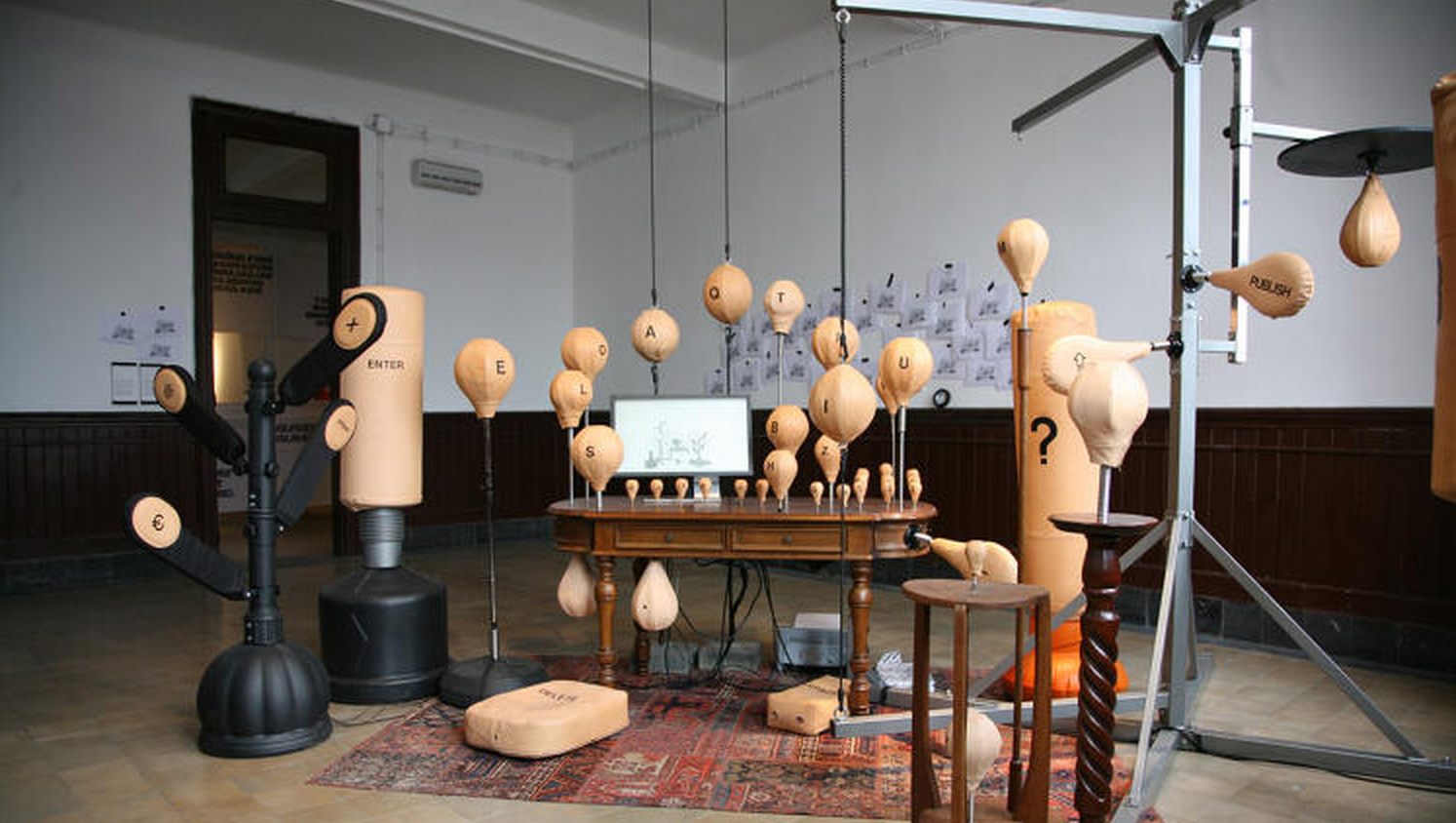 For obvious reasons it’s not the most effective way to email someone about Thanksgiving plans. It could be a cathartic way to end things with your boyfriend or girlfriend, and maybe an even better way to tell your boss that thing you can't bring yourself to get out on paper. Regardless, it certainly draws a very elegant bridge between combat sports and communication. It would be awesome if the UFC got a couple of these to handle all shit-talking communications. Imagine Conor McGregor trying to tell José Aldo and his legions of Brazilian fans that he's coming for the belt with a message typed on this pugilistic machine.

With that in mind, we wonder who the best typist in the UFC would be. Who's got the fastest hands and feet?

Bless is a fashion and design creative studio based in Berlin, but which originated in Paris. The “workoutcomputer” is currently being shown at the Istanbul Design Biennial, where it is part of a group show called “The Future Is Not What It Used To Be” and curated by Zoë Ryan.

The Restlessness of the (Martial) Artist