St-Pierre-Bisping Is Cynical, Shortsighted Matchmaking at Its Finest 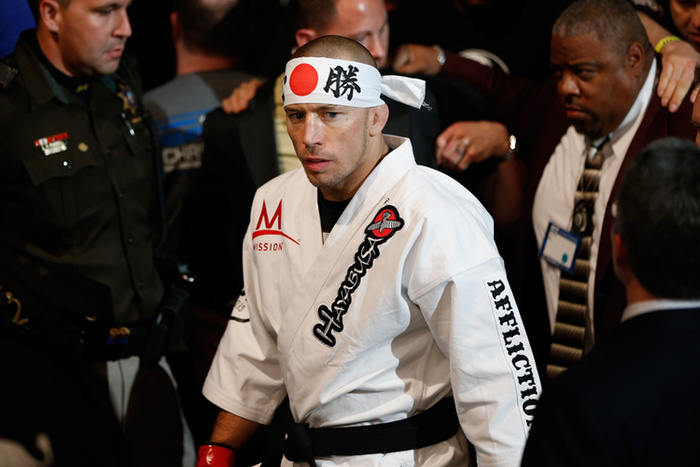 I saw the news on social media, the bland Photoshop-by-numbers fight poster of two shirtless dudes an apt metaphor for the announcement in the caption underneath. Georges St-Pierre, the long-reigning welterweight champion, is returning to fight middleweight champion Michael Bisping sometime later this year.

I had to wonder: is this when I finally rebel against what the UFC has become?

I wanted St-Pierre, one of the greatest fighters in the UFC's short history, to fight the winner of this weekend's welterweight title fight, but I could have lived with most of the superfight alternatives. A match-up with one of the Diaz brothers, while entirely predictable in its outcome, would have been a fun tune-up. A fight against Conor McGregor—who became lightweight champion through similarly trampling over a queue of contenders, albeit after having had prior divisional experience and a too-gaunt frame at 145 pounds—would have made millions and would have been stylistically interesting. These are the kinds of compromises you entertain in the Big Money Era, when we—fans, media, fighters, promoters alike—have grown to accept hard truths about prizefighting: that personalities and the illusion of grandness matter more than wins, losses, belts, and hours in the gym.

But the truly toxic problem with Bisping-St-Pierre—the one that I can't abide—is that it disenfranchises the UFC's most exciting division to satisfy an imagined appetite for celebrity. Topped with Bisping, Yoel Romero, Luke Rockhold, Ronaldo "Jacare" Souza, Chris Weidman, and Gegard Mousasi, middleweight embodies everything you'd want to show a casual or seasoned observer of prizefighting: heavily muscled giants capable of breaking each others' faces, with a braying-voiced, easy-to-loathe king who has the throne for a reason. Any one of those fighters could beat all the others, a dynamic that would lend intra-divisional intrigue for years, long after the superfight curtain draws closed.

Instead, with Ronda Rousey's absence and McGregor dreams of a boxing match with Floyd Mayweather leaving the UFC's money faucet running at low pressure, the promotion made a panic move and let St-Pierre leap from retirement to the front of the line in a division where he has no history. This comes on the heels of Bisping narrowly defending his belt against Dan Henderson, a veteran gifted a title shot as a lifetime achievement award. If you're a UFC middleweight and you've been paying attention, you've learned that your record pales in comparison to whatever is convenient and bankable for your promoters. At least Yoel Romero, the most legitimate contender, is taking the announcement in stride by talking about standing in a breadline in Cuba and—if I'm reading it right—punching a guy who tried to cut in front of him and stealing his food. 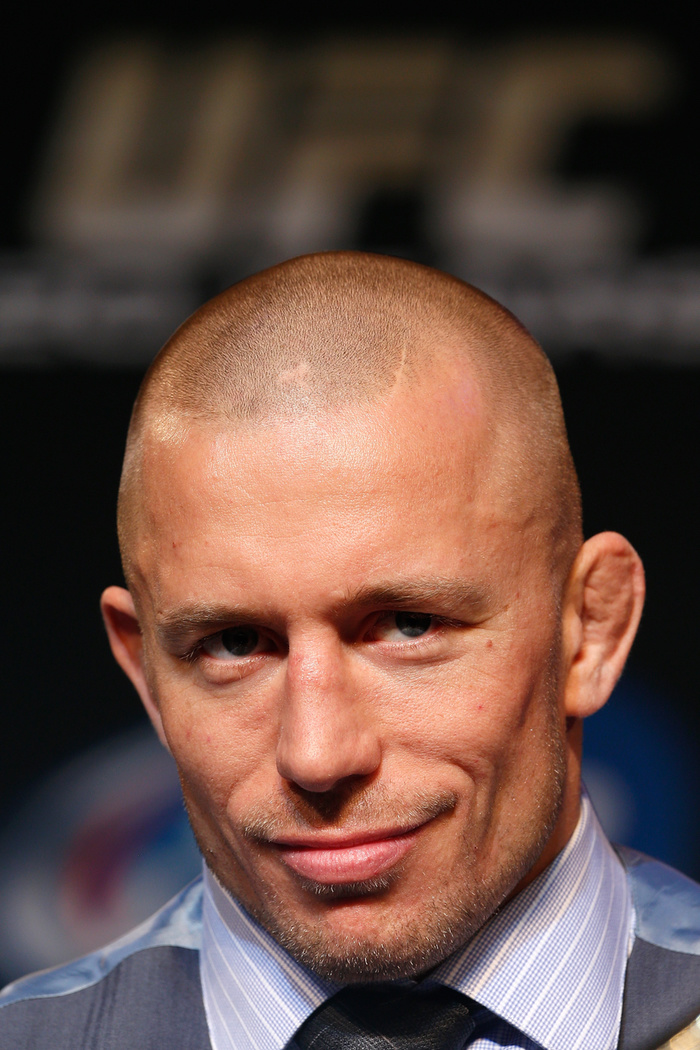 Even though the MMA sphere has made up its mind about how little affection it has for Michael Bisping, remember that he's not the problem here: speaking yesterday on UFC Tonight, Bisping said the UFC approached him with the match-up after St-Pierre requested it. "I know there’s people out there that are going to criticize saying that I should fight the number-one contender, and they're absolutely right," Bisping said. "Now if you are Yoel Romero or Luke Rockhold or Jacare or any of these guys, if you are offered a fight with GSP, I know for a fact you’re going to take that fight, so why shouldn’t I do the same? I deserve this payday. I deserve this fight. Not only to do with the payday, I want this fight for my legacy. I’ve beat Dan Henderson. I’ve beat Anderson Silva. Georges St-Pierre is also another legend that I want to add to my résumé."

You can't blame Bisping for taking the fight offered to him, especially one with such potential for financial upside and one he wanted so bad he was willing to fight injured. And you can't blame St-Pierre for being drawn to the prospect of a championship in another weight class, especially such a favorable stylistic match-up. Fighters work in their own self-interest, not for high-minded ideals. It’s up to the UFC to choose its values and decide whether fights with the most competitive meaning get the biggest push, or if fights with the illusion of extravagance and the promise of a million-plus pay-per-view buy rate prevail.

It seems we have an answer, but these shortsighted developments leave open questions of what comes next. Assuming he wins, as odds makers expect, is St-Pierre really going to fight Romero, Jacare, or Rockhold? I would love to see any of those fights, but I imagine St-Pierre going one-and-done at middleweight then holding out for McGregor, rather than capping off his career fighting the likes of Romero, who outweighs GSP by roughly the same weight as a refrigerator. If Bisping wins, does he finally set on defending his title against logical contenders? With no clear plan for the aftermath, the UFC will find itself once again scrambling for another superfight and the undercard beneath it, without any goodwill to tap into among its slighted middleweights. And eventually, we in the audience will have one hollow superfight too many.

I'll still watch Bisping fight St-Pierre, and that's the sentiment the UFC is betting on. Anyway, it's stupid to treat this fight as an aberration, or to idealize the past as a time when merit mattered above everything else. Nate Quarry against Rich Franklin headlined the first UFC pay-per-view I ever watched. Brock Lesnar got a title shot after going 1-1. Not long ago, Ronda Rousey was chewing up the likes of Alexis Davis because there was no one left. For Christ's sake, Royce Gracie fought Matt Hughes in his prime. A wayward GOAT returning against a champion one division up is hardly worth getting sanctimonious over.

The difference: in that old and imperfect world, the good sense to not step on an entire division's face while grabbing a few scattered dollars off the floor prevailed. The future is now, and instead of GSP-Bisping, we’d be better off with a time machine.