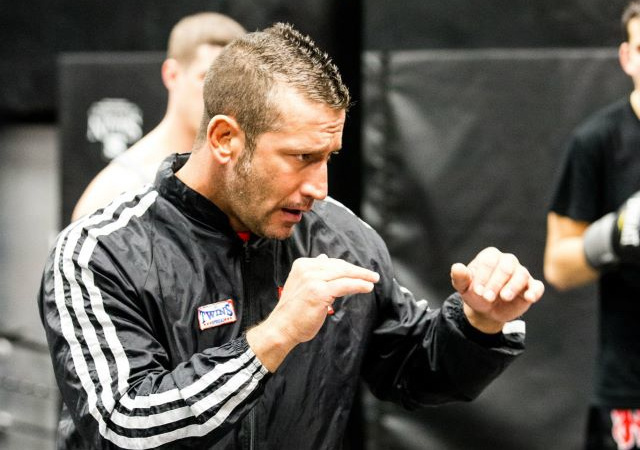 Mark DellaGrotte didn’t really have many words to say. All he had was a bad taste in his mouth left from some less than pleasant breakups he’d had with his homegrown fighters; fighters that he had trained since the beginning and brought up to the highest level. And over what? Money? Fame? Attention? Jealousy? DellaGrotte wasn’t even sure what had gone wrong.

Part of him just wished he could go back to those days when he first went to Thailand. He was a 23-year-old only looking to do one thing: get better at Muay Thai. There were no TV deals. There were no sponsorships, fighter contracts, no politics—none of that bullshit. He was just there for the fun of it. There weren’t any grand plans, he just wanted to get better for the sake of getting better like you would at trying to beat the high score of Pacman.

When he told some of the children that at the Sityodtong Muay Thai Camp in Chonburi, Thailand, he would always get the same puzzled look. For fun? Thai boxing was not fun; it was a way to make some money to send back to their parents.

DellaGrotte was lucky enough to have the luxury of really loving his training in the martial arts. The mentality was just to learn as much as possible, and have a good time doing it, but somehow over the years that feeling had evaporated. Those awesome, grueling training days in Thailand were behind him. DellaGrotte needed a way to find that love again for the thing that brought him all the success in the first place: martial arts.

“My uncle Joe got me involved in martial arts at a very young age,” said DellaGrotte. “He’s somebody that I always looked up to growing up, and somebody that has always been the free spirit of the family, so to say.”

DellaGrotte’s uncle had been a world traveler, climbed Mount Everest, spoke multiple languages, and also been his nephew’s first martial arts instructor. What started as lessons in Shotokan karate and taekwondo quickly grew to be an obsession and a lifelong quest to learn as much about all the martial arts as possible. DellaGrotte had dreams to leave Somerville, MA, and travel the world just like his uncle. However, DellaGrotte’s father, a second-generation attorney, wasn’t too happy about his son running around the world playing ninja.

Like many fathers who only want what’s best for their children, DellaGrotte’s dad finally came around after seeing his son’s passion, commitment, and success with his craft.

“Now he’s quick to brag about his son, and how proud he is of my accomplishments,” he said. 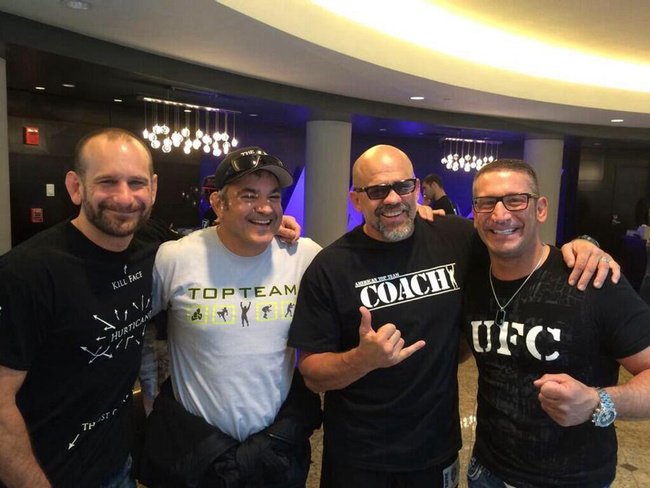 After high school, DellaGrotte had spent a number of years studying with renowned martial arts expert Guy Chase. They trained in Jeet Kun Do, Kali, Pencak Silat, and Savate. DellaGrotte came to be regarded as Chase’s top student, and he started his own branch of Chase’s gym in his hometown of Somerville.

One day a man named Tom Woods walked through the gym doors in 1997, and Mark DellaGrotte’s life would change forever. After just one encounter with Woods, DellaGrotte had a visa, a plane ticket to Thailand, and two weeks later they were on the other side of the globe.

It was a huge leap of faith for DellaGrotte to trust this man he’d only met once, but in the end it was Tom Woods who first introduced him to Kru Yodtong, and the rest of the Sityodtong camp. DellaGrotte has never forgotten this, and said that he will always remain grateful for that.

For an American, Thailand was a complete culture shock, but DellaGrotte loved it. This is what he had wanted after all—to be pushed outside of his comfort level. He wasn’t used to the language, the food, the lifestyle, but he was also very adamant about absorbing as much information as he could about this new place, its people, and its customs.

“I was forced to learn on my own. I was forced to speak the language, and I gravitated towards the son of Kru Yodtong,” said DellaGrotte. “I hit it off with Kru Toy right away, and I spent most of those thirty days with [him].”

DellaGrotte would always be found with Kru Toy during that first trip, notebook in hand trying to pick his teacher’s brain as much as possible. He asked about how to say certain words in Thai, about technique, and about the life of a Thai boxer.

Kru Toy and his father had also seen fighters at the other end of the spectrum. Some tourists came to Thailand to train, yes, but only mix in occasional workouts with drinking, going out to clubs, psychedelics, and hookers. While it might have been a constant temptation to some, DellaGrotte had no interest in the party lifestyle.

“I didn’t go to Thailand as a tourist,” said DellaGrotte. “I went there to learn Muay Thai. When I got there, that’s all I did.”

Although his first trip only lasted about a month, those thirty days at the Sityodtong camp had a permanent effect on DellaGrotte that would not only shape his philosophy as a martial artist, but also as a coach and mentor.

Almost as soon as the plane wheels hit the tarmac at Logan Airport in Boston, DellaGrotte felt homesick. He longed to be back in Thailand with Kru Yodtong, Kru Toy, and the rest of the gym. He missed everything about it—the sights, the smells, the sounds. Within a couple months he was back on a plane to Thailand.

“They eat, sleep, breathe the arts,” said DellaGrotte. “The reason why the Sityodtong legacy and those fighters in Thailand are so successful and so good at what they do is because that’s all they do. 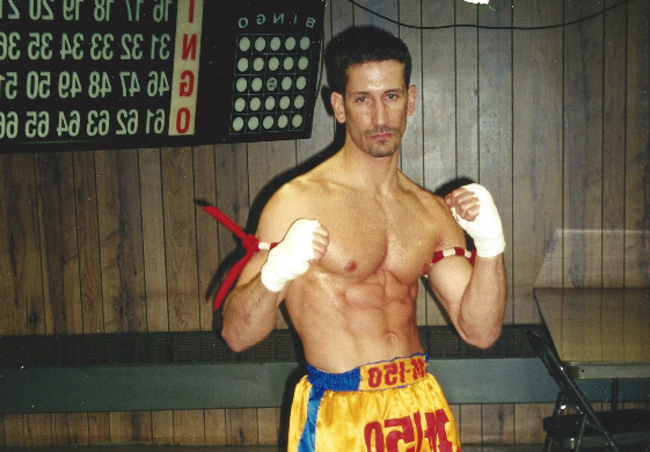 That hardcore philosophy was part of what made DellaGrotte such a successful coach, and what drew so many top-level fighters to the Sityodtong gym in Somerville. DellaGrotte and his students would travel all over the world competing in the UFC. But just as those worry free days in Thailand had to come to an end, so did the days where DellaGrotte was free from dealing with growing tensions with some of his fighters.

DellaGrotte admitted that a lot of the time when money gets mixed with ego, both coaches and fighters can forget that not only is there a dependent relationship between mentor and student, but also a common goal of success. Just as the fighters climb the ranks, and make big names for their gyms and coaches, the trainers are the ones there supporting them professionally, and often times personally. They are the ones pushing their fighters to get to the next level.

“I’m not a cheerleader. I don’t have pompoms,” said DellaGrotte. “You know, I’m a coach. So if it’s not going to be what I want you to do, and how I want you to do it—again, just another circumstance where things aren’t working. You go your way; I’ll go my way. That’s it.”

It’s hard though to just simply part ways after both sides have invested so much time and energy. People have feelings, and often times those feelings get hurt. People point fingers. People start playing the blame game. People turn squabbles into feuds, and feuds into grudges.

DellaGrotte didn’t want to have to deal with it anymore. He had to step away. If focusing all his energy on trying to create UFC champions only leads to stress and strained friendships, then what was the point?

DellaGrotte stepped out of the spotlight and into the backstage. He now works with the production crew for the UFC, which not only let him stay close to the promotion that had always been so kind to him, but also get his head clear.

“Now I treat everybody the same. I don’t hold anybody higher than anybody else. Whether you’re an amateur or a pro, you’re a student, and you’re a teammate. That’s it,” said DellaGrotte.

It might have taken some trial and error, but DellaGrotte understands now that there’s more to success than just having a fighter with a UFC championship belt. There’s a hope that maybe someday someone will tell stories about how they trained at DellaGrotte’s Sityodtong gym in Somerville, and how it completely changed them. 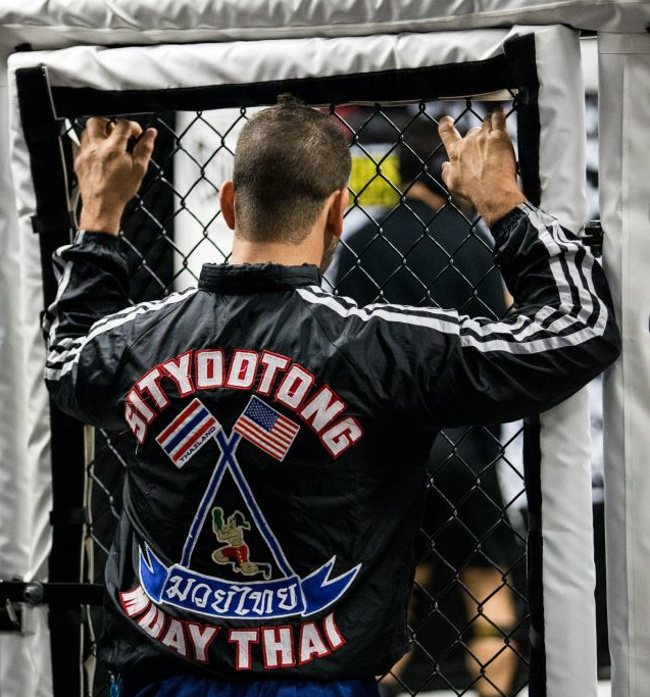 The Young Fighters of Thailand