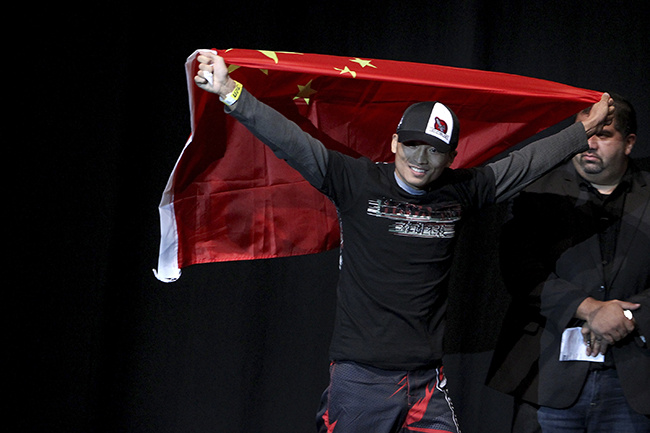 It only matters when you have skin in the game, said the gambler at the bar, throwing back another shot of Patron and reaching for a chicken wing. Partisan fans all around him, green and yellow, silver and blue, but the gambler wore black and white. He went deep into the numbers with me, the hedge and side bets, the money he stood to win, and the data and hunches behind it all. He tried to explain the web of information and bets that ensured he would either win big or small, but not lose.

For me and most of the known world, the game on TV was an insignificant showdown, something nobody cared about, except for the hometown fans, and the man with skin the game. But after listening to the gambler talk, I started watching the game differently. Suddenly, just by way of a transfer of information, I had skin in the game.

I thought of that gambler as I spoke to Chris Wade on the telephone about the wrestling scene out in Long Island. Chris was born and raised in Islip in Suffolk County: blue collar and rough, brimming with hard nosed talent just now making a run at the UFC. Chris won titles as a wrestler in high school, moved on to kickboxing, and now he’s fighting Zhang Lipeng on Sunday in Boston. 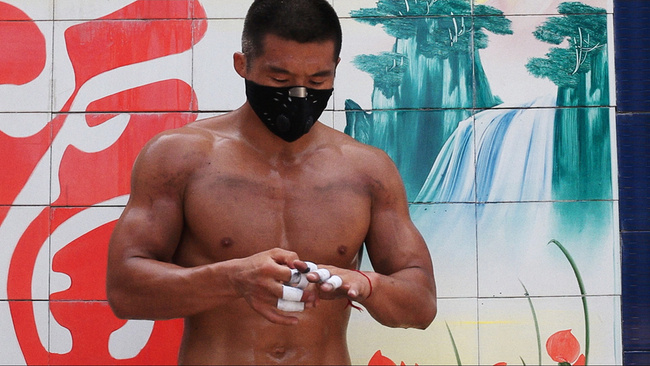 Did you know that Chris Weidman is also from a tiny town on Long Island, called Baldwin, and that there is a lot more where he came from? I didn’t. Ryan Laflare, Al Iaquinta, Eddie Gordon, Gian Villante. Chris Wade. All Long Island guys, from Suffolk and Nassau counties, living near each other, training with each other fighting and grinding.

We talked about his only pro MMA loss, to a Dagestani named Ozzy Dugulubgov. Ozzy tried to finish him with every swing, and for Chris it was eye-opening, not just because he let himself get dragged into the other guy’s world, but that there was a world to get dragged into. A world filled with hulking, bearded mountain men with wide chins of stone, great wrestling, and, seemingly, aggression in their DNA. It reminded him of home.

“There is this something about the people here on the island, the way of life, the grind,” he told me. “You can't just have an easy life; if you don't get ahead, don't out grind and outwork people, you’re going to have to pack up your bags and move somewhere else.”

The world of hard-nosed wrestlers coming out of Suffolk and Nassau. If you don’t know, now you’re wondering. A little information was transferred there, as I listened to Chris talk about fighting on the island, and now suddenly I had skin in the game. 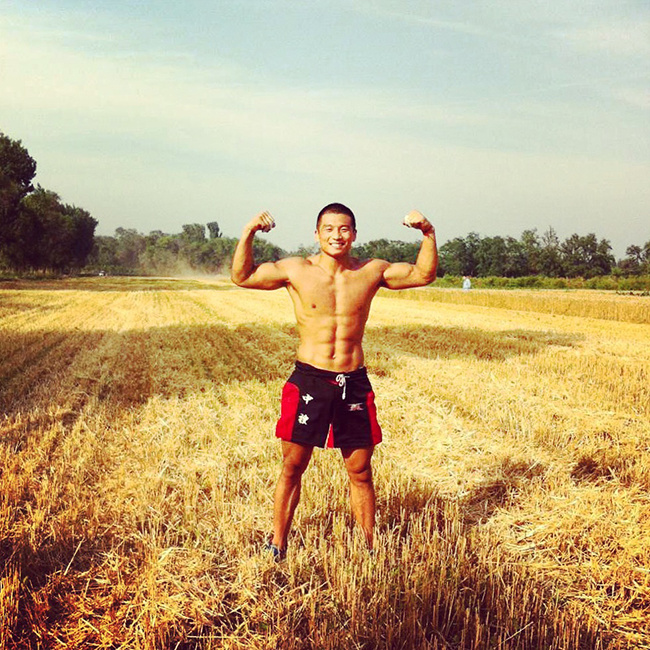 I know Chris Wade’s opponent well enough. Zhang Lipeng is another Mongolian representing China’s tiny MMA scene in the UFC. He’s the TUF: China lightweight champ and I watched him beat up Brendan O’Reilly last year in Macao. When I saw him last, it was in Beijing. He was wearing round spectacles and talking softly about his buddies the Leech and Ning Guangyou, this upcoming fight, his first outside of China, and what Chinese fighters need to be doing right now.

“We, as Chinese fighters in the UFC, need to be reaching for bigger, grander goals,” he said. “We are on an international stage now and should be thinking about being the best in the world, not just within China. I’m setting my sights on the top contenders in my weight class—great fighters like Anthony Pettis. Aiming high is the only way to get there."

Zhang feels like he represents a nation every time he fights now. For the UFC, and for many of his friends and compadres, every win for Zhang Lipeng increases the strength and scope of the China MMA scene. If the scene is to flourish, if he is to have a community to fall back on, he must win. For the past month, Zhang has been staying with Scott Sheeley and his family in Ohio. Sheeley is Cung Le's longtime coach and confidan and he and Zhang Lipeng have spent the last few weeks training together in Ohio, shooting guns, and putting together a game plan for Chris Wade. Scott will be in Zhang’s corner come Sunday.

I’ve had skin in that game since 2011, when I saw my first fight in Hohhot, Inner Mongolia, met Zhang’s friend and former coach Vaughn Anderson, and immersed myself in the world of Chinese Sanda fighters moving to MMA.

The Zhang - Wade fight is on the preliminary card. A lot of fans won’t even see the struggle taking place between a wrestler from Suffolk an another wrestler from Inner Mongolian, between the communities gathered around them, both nascent and ambitious, world’s apart. Those who do see it might focus on beer and wings instead, or on the aftermath of the football game that just went down.

I’m the gambler in this scenario. It’s my job to transfer just enough information to get you wondering, to drag you a few steps into their worlds, to force you to have skin in the game.