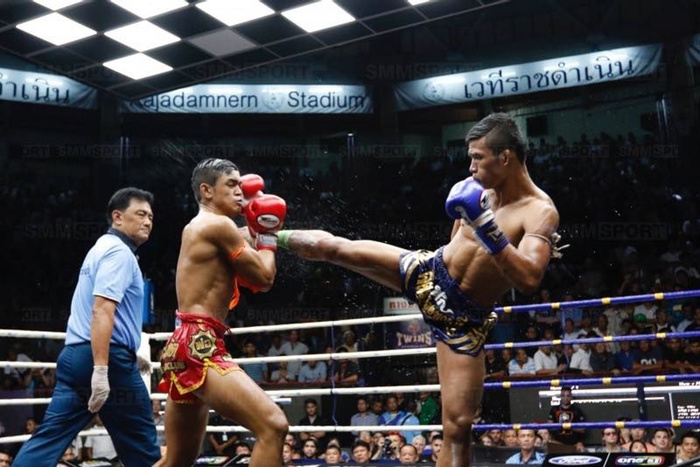 Johann Wolfgang von Goethe once wrote that in life, “You must be master and win, or serve and lose, grieve or triumph, be the anvil or the hammer.” The 19th century German playwright, poet, philosopher and novelist could have easily been talking about Muay Thai boxing because last Thursday, under the dazzling stage lights of Rajadamnern Stadium in downtown Bangkok, Sangmanee Aumkatongchiangmai was the anvil and Superlek Mor Rattanabandit was the hammer.

It wasn’t handbags at dawn. No big time fight in Bangkok between two native nak muay (kickboxers) with unpronounceable surnames ever is. This highly anticipated match was a full on ruck between a brace of bright boys at the peak of their game. It was, in short, a stand up master class in eight-limbed boxing for both nak muay and MMA fighters alike. 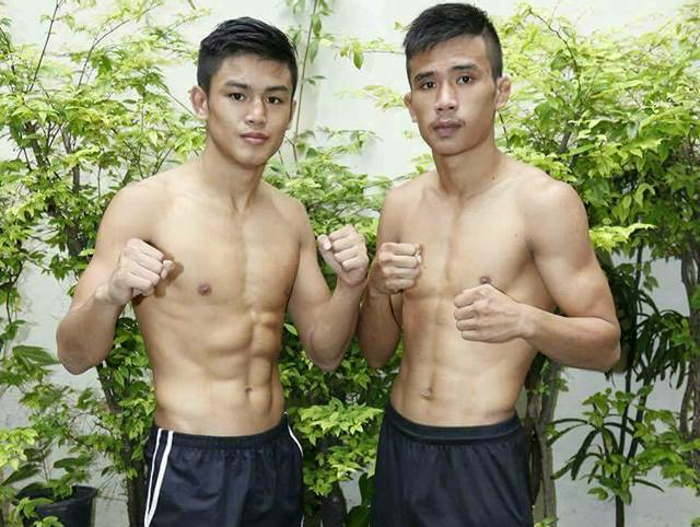 This was a crazy show. Boxing out of the red corner, Sangmanee used every weapon in his southpaw armoury to try and nullify Superlek’s rhythm. The blitzkrieg failed. The orthodox fighter from the blue corner switched tactics and boxed off the back foot to counter Sangmanee’s pump action limbs. It was a clever strategy that paid off. By Round 3, Superlek was ahead on the cards and able to snuff Sangmanee’s violent thunderstorm with percussive kicks to the body. Undeterred, Sangmanee was even more aggressive in Rounds 4 and 5 and looked to breach Superlek’s defence with combinations that would have exposed a lesser opponent. Weathering the smart bombs and missiles thrown at his guard, Superlek kept it tight and countered every shot with a hinged knee, well-timed teeps (front kicks) and round kicks. It was a clear-cut win for Superlek with all three Thai judges scoring the match 49-47 in his favour.

It wasn’t a by-the-numbers victory. This was a thoroughly impressive main event bout that had the Thais in the stands whooping and hollering with giddy delight. The punters got their Baht’s worth. Superlek mullered Sangmanee over five rounds in what some pundits now hail as one of the dust-ups of 2017. Beautiful to watch, this instant classic may well qualify for an end of year shortlist. No one at ringside expected to see Sangmanee bested in such an utterly diabolical fashion by Superlek’s kicking, checking and countering. Not even the old ring hand with the mop and vacuum cleaner who turned up to clean a spillage in the blue corner during the middle of Round 4. Only in Thailand.

The boxing battle may be over but the Muay Thai war is far from done. Thai fighters tend to fight one another, over and over and over again, in a cycle of permanent conflict. This contest was only the third meeting between the two boxers. Sangmanee had bested Superlek in a controversial verdict back at the King Fighter 4 man tournament in February 2014, and the latter beat the former in 2012 for the Lumpinee Super Flyweight belt in 2012. The tally stands at 2-1 to Superlek and counting.

The awesome intensity of the contest between these two young men brought to mind another highly competitive bout, one from twenty years ago, in a British boxing ring, no less. That was “the fight” for the Southern Area Super-Bantamweight title between Patrick Oliver and Spencer Mullings in February 1997. This match up, unlike that small but historic bout, came without the attendant hype and pointless speculation that you so often get in boxing or MMA fights. The Bangkok Muay Thai machine gets by without too much of that hyperbole because the scene is deeply saturated with competition. And, if that’s true, then this was just another Thursday night cockfight between two game roosters who will no doubt meet again.

Sangmanee, the anvil from the red corner, ain’t a bum by any measure. The “million dollar baby” got a whopping 250,000 Thai Baht for tackling Superlek. “That,” according to Fightland contributor James Goyder, “is one of the biggest purses that I’ve heard of in Thailand.” In the USA, however, that’s exactly $7,228.89 cents. Not the kind of bankroll to rouse the likes of Floyd Mayweather out of bed; but in a second-world country like Thailand, 250,000 Baht is a princely sum and not to be scoffed at. After all, come hot season or cold, Sangmanee, the master tactician from Mancha Khiri, is still in the game and worth every Thai satang. He eats knuckle sandwiches for breakfast and elbow fried rice for lunch and dinner. And, to put not too fine a point on it, the fighter from 13 Coins Gym has more hard match ups in a financial quarter than most two-fisted boxers in the West have within their own lifetime. He’s no bum. He’s no slouch. And win, lose or draw, he will never be a ring mug.

Neither will Superlek the hammer in the blue corner. Not to be confused with the Superlek who fought Ramon Dekkers back in the day, the pocket rocket from Buriram in northeast Thailand is one of the biggest talents on Bangkok’s Muay Thai fight circuit. Small wonder. Like Sangmanee, he comes from boxing country and hails from pedigree champion stock. He’s the proud nephew of Singdam the “Black Lion” Super Featherweight Lumpinee champ who fought Saenchai (eight times), Lerdsilla and the inestimable Yorkshireman Liam Harrison. Muay Thai kicky boxy, suffice to say, runs strong in the family unit. 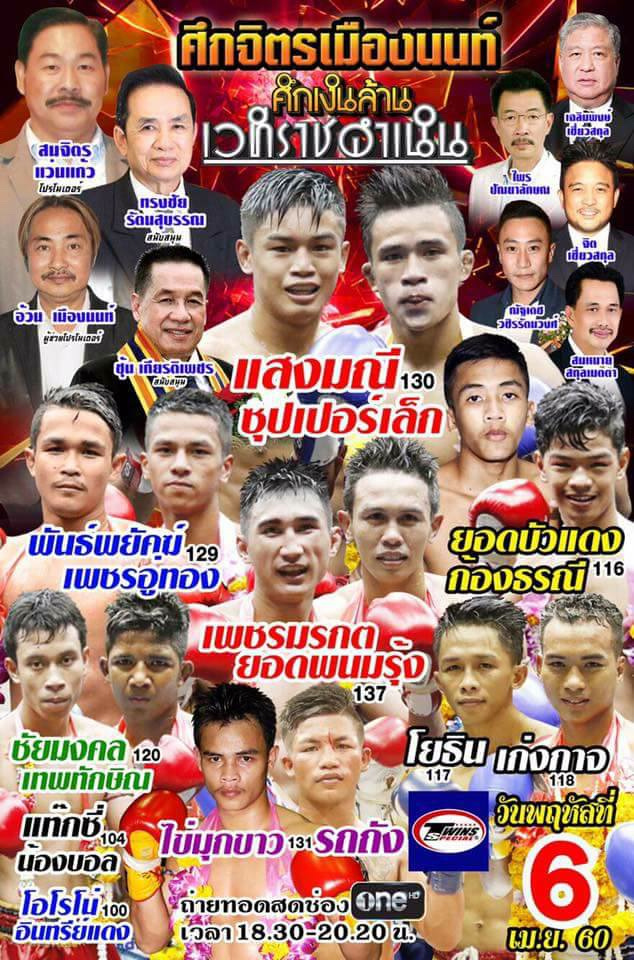 For readers uncertain whom to look out for in the Bangkok Muay Thai world, Superlek is a fighter to seek out and study. The sterling record of the WBC world champion speaks for itself. Over the course of this decade he has been a multiple weight champion from 105lbs to 130lbs, and last year he was dual ranked No.1 Super-Featherweight by Lumpinee and Rajadamnern Stadium. Despite the belts, baubles and sceptres, he remains a grounded, down to earth chap. Aside from that, he’s game for a five round tear-up with just about anybody in a Muay Thai ring. Sangmanee, it must be said, suffers from exactly the same affliction.

Sports fans often refer to Muay Thai as the “art of eight limbs,” but people often tend to forget that the fighting art has nine weapons—if you count the head. That part of the body isn’t just used for head butting blokes on the blind side of the ref in the clinch. The body is the barrel but the head is the trigger. And in a Liverpool alley fight, a Bangkok boxing ring or a wire bound cage in the USA, knowing that is the difference between being the anvil and the hammer.