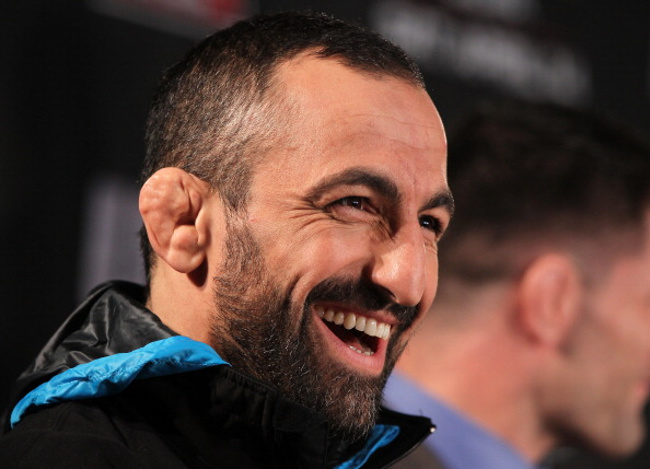 Welcome back to the fight, Mad Dog!

The Iran-born, Swedish-naturalized fighter Reza Madadi is returning to the Ultimate Fighting Championship. The fighter, who was put in jail in 2013 for his involvement in the robbery of a store in Stockholm and was freed this past March, announced via his social networks that he has signed a new contract with the organization that promoted his last three professional fights. Now he’s just waiting to see whom he will face in his first contest in two years.

The 36-year-old lightweight showed off his contract on social media, saying his return is official, and that he’ll take any fight the promotion puts up. He only feels sorry for whoever has to get locked up in the Octagon with a “crazy” and “hungry” Mad Dog.

Madadi was born in Tehran, Iran, and moved to Sweden with his family as a teenager. A Swedish champion in freestyle wrestling and a purple belt in Brazilian jiu jitsu, Mad Dog made the move to mixed martial arts in 2006 and arrived at the UFC’s famed Octagon having won 11 of his 13 professional fights. He won his debut UFC fight in Rio de Janeiro versus Yoislandy Izquierdo in 2012 on a card headlined by Allstars Training Center teammate Alexander Gustafsson. He finished Izquierdo with a guillotine choke in the second round. He lost his second appearance to Cristiano Marcello in a contested split decision. He found his way back to victory with a powerful submission of Michael Johnson in 2013. Johnson is currently ranked fifth in lightweight division.

He was arrested a few months after his Johnson fight after being involved in a robbery of a Bottega Veneta in the Swedish capital. He was sentenced to 21 months in prison.

Check out the related stories:

Alexander Gustafsson and the Swedish-American Alliance