Sylvester Stallone Teases a Return for Apollo in the Creed Sequel 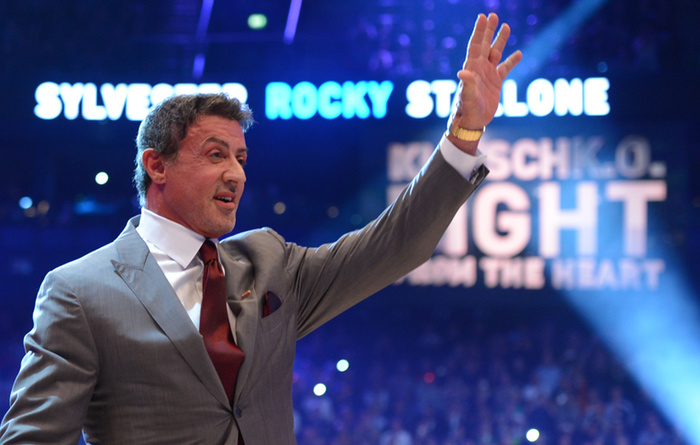 In a thoughtful retrospective profile published in Variety on January 5, actor/ screenwriter/ director Sylvester Stallone dropped a few pieces of information on two of his most popular film franchises that set the Internet abuzz:

1.  He has no interest in doing another Rambo movie.

2.  He has a lot of interest in making a sequel to Creed. Preferably as soon as possible.

“There’s no doubt that we’re making a Creed 2,” Variety quotes MGM CEO Gary Barber as saying in the article.

According to Stallone, who played a supporting role in the latest offering from the Rocky universe, both on screen as Rocky Balboa and off screen as a producer, the extent to which Ryan Coogler will be involved in the next feature is still up in the air. The writing/directing wunderkind behind Creed will be busy helming Marvel’s Black Panther for the foreseeable future, and Stallone would prefer to strike while the iron’s hot. “There’s a diminishing time acceptance of a sequel,” the actor says. “Three years is a little much.”

Even if Coogler can’t be particularly hands-on with the next Creed, though, Stallone promises that he’ll at least be involved as an executive producer. He also says that the two of them have even been brainstorming potential plots.

The first idea would be a more straightforward sequel, with the late Apollo Creed’s son, Adonis (played by Michael B. Jordan) taking on a Drago-like Slavic supervillain in a very Rocky IV-like adventure. Presumably with more success than his father.  “You’ll have him face a different opponent, which I would say is a more ferocious, big Russian,” Sly speculates.

The other idea he’s been toying with employs a bit more out-of-the-box thinking: a Godfather II-style prequel set before the senior Creed’s untimely death. “There’s a lot there,” Stallone promises, before telling Variety that he recently bumped into the man who played OG Creed, Carl Weathers, on the street, and that he’s still in fine shape. “I can’t believe I ever got into the ring with him. Even if it was play fighting.”

When the magazine reached Michael B. Jordan for comment on the new Creed ideas, the actor reacted to the prequel notion with bemusement. “So it’s going to be a CGI version of Sly?” here asked them, cheekily. All teasing aside, though, he did say that he wants to be in whatever the next film is.

And whatever does end up happening with the next Creed film(s), Stallone is very happy—if a bit stunned—with how things have unfolded for his most famous alter ego. The star was initially reluctant to let Coogler attempt something new with the franchise, because he felt like the greater Rocky story had ended with 2006’s Rocky Balboa. But he’s thrilled that the characters he either created or helped to realize still appeal to today’s audiences. The fact that he’s picked up a Golden Globes nomination for Best Supporting Actor for Creed—and that he could be a contender come Oscar season—doesn’t hurt, either.

“I actually am startled,” he admits. “It’s a character that I love and never thought I’d play again. I didn’t think it would resonate like it did, especially with a newer generation. I never went into the film thinking this is going to be a transformative performance. I just thought Rocky has a lot of issues, a lot of problems. He’s like all of us.”

When Rocky Saved Christmas, Or Looking Back At "Rocky IV"