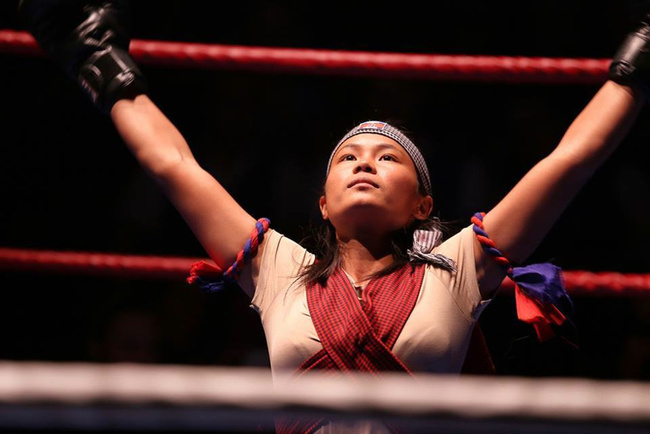 The Khmer Rouge crushed culture in Cambodia. From music to martial arts it was all abruptly halted and in many cases destroyed forever by the brutal and puritanical Communist regime.

Kun Khmer, the Cambodian equivalent of Muay Thai, was virtually wiped out under Pol Pot’s orders. The most successful boxers were executed and many more were worked to death, decades of martial arts knowledge dying with them.

Although not as famous or globally popular as its Thai equivalent, Kun Khmer is still endemic in Cambodia with televised shows taking place every weekend. However in the past year a new combat sport has emerged with the poverty stricken country beginning to embrace MMA.

Khmer Warrior Championship takes place every single Sunday night and is shown live on the widely available MyTV channel. Although the mixed martial artists tend to be Kun Khmer fighters with little appreciation of the non striking aspects of the sport there is one team in Phnom Penh which trains very seriously. 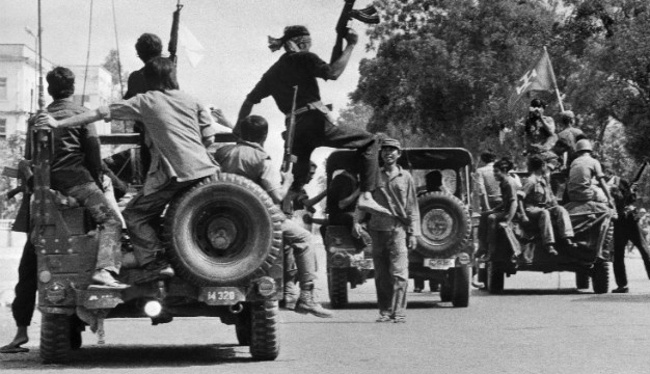 A-Fighter was formed to take the top Kun Khmer fighters and train them in MMA on a daily basis with a view to eventually represent the country on the international stage. The founder is Im Ouk who experienced first hand the Khmer Rouge’s reign of terror.

“I was born in Cambodia during the Pol Pot regime and after losing two brothers I was lucky to be alive when I migrated to Thailand with my parents in 1979. We knew we weren’t going to survive if we didn’t escape,” he said.

The family made its way from a refugee camp in Thailand to New Zealand and eventually Australia where Ouk would begin a lifelong love of martial arts,

“I have always been interested in MMA since I was young, I remember seeing my first cage fight on TV in the early 90s and my favorite fighters were Ken Shamrock and Royce Gracie. I used to run a gym in Australia which produced a number of champions and I first came back in 2000 because I wanted to help some of the Khmer boxers,” he recalls.

For refugees displaced during the Khmer Rouge regime the decision to return to Cambodia was not an easy one but two years ago Ouk decided to permanently relocate to his homeland after meeting his future wife there.

“Cambodia is home for me and I formed A-Fighter because I wanted to continue preserving Khmer martial arts by creating a team strong enough to show the world how good we are,” he said. 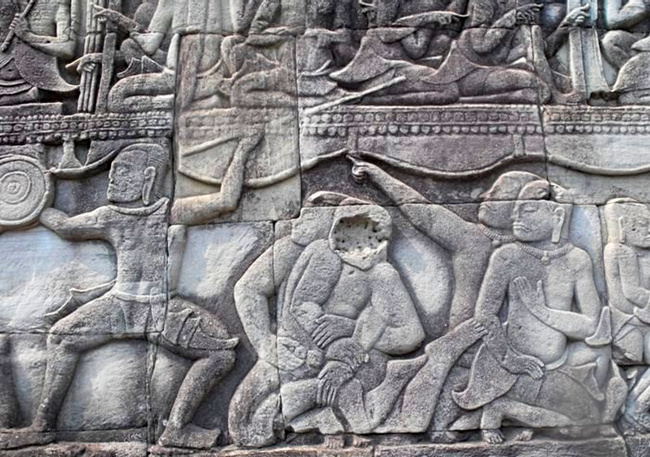 While MMA might not seem like an obvious element of Cambodian tradition Oak says his people have been studying some of the techniques involved for centuries,

“Not a lot of people know this but Khmer people have been practicing wrestling and submission moves since ancient times and you can see evidence of this in carvings on temples that are two thousand years old.”

So the recent surge in the popularity of MMA in Cambodia is not without historical precedent but it is still astounding quite how quickly the sport has spread. ONE FC events are screened live on the MyTV channel complete with local language commentary and so far three mixed martial artists from A-Fighter have fought on these cards.

Ironically, despite the regularity with which Khmer Warrior Championship takes place, many of A-Fighters biggest names struggle to find fights domestically because they are preceded by reputations in the Kun Khmer world which put off potential opponents.

Khim Dima and Long Sophy are obvious examples, they are two of the top Kun Khmer fighters at their respective weights but both were forced to jump straight into competing with Asia’s biggest MMA organization because they couldn’t find fights in Cambodia.

Sophy was submitted by a BJJ veteran late in the second round of his MMA debut in Jakarta last September but the fight was not without controversy because the key lock in question never caused the Cambodian to tap.

Dima thought he had burst onto the scene in the best possible way when he was awarded a second round stoppage win at ONE FC: Total Domination in Singapore the following month but fell foul of the same referee when the result was later changed to a no contest.

The official in question, Kenichi Serizawa, has not worked for ONE FC since and while Dima did land a number of illegal elbows the repeated verbal warnings which were issued by the referee fell on deaf ears because he does not speak a word of English. 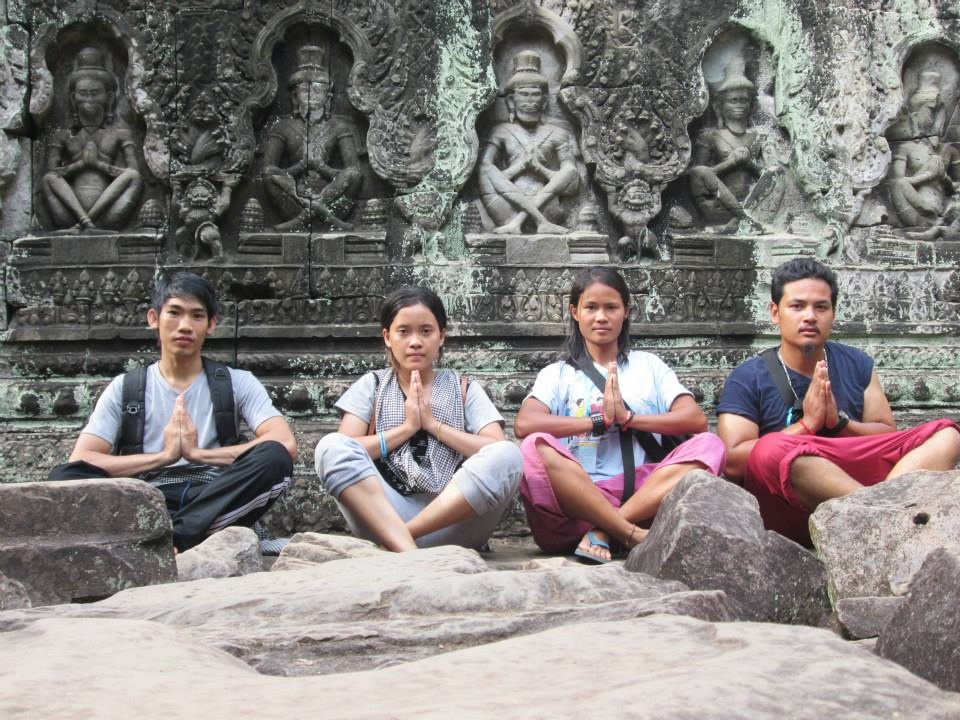 The head coach as A-Fighter is Chan Reach and he takes a very hands on role with training and managing the fighters. Born in the US, his family fled Cambodia before Pol Pot seized power but he returned to his ancestral home in 2012,

Although his fighters are currently without a victory after five bouts, Reach sees significant signs of improvement and believes they have struggled to cope with the pressure of being thrust into the spotlight so early in their careers,

“Well any trainer would be disappointed with that many losses but every time our guys go in there they improve bit by bit so they are getting more comfortable in the cage. I feel that they kind of got stage fright because it was their first time in such a huge event but it's only a matter of time before they get that first win,” he said.

Cambodia is still coming to terms with its traumatic past. Much of the culture and tradition which was lost during the Khmer Rouge regime can never be recovered but the A-Fighter team is working tirelessly to write a new chapter in the country’s history, one which will end with MMA glory.