The Post-Apocalyptic Kung Fu of 'Into the Badlands' 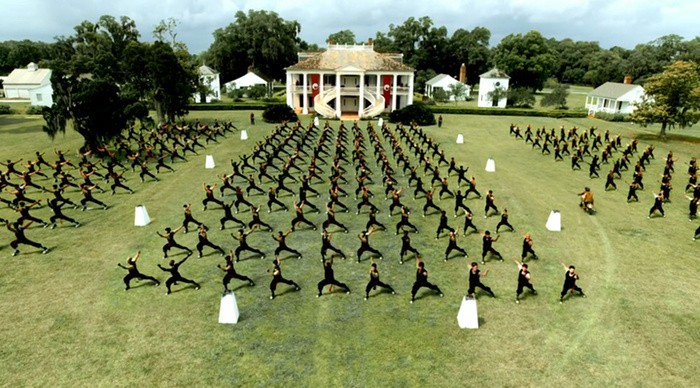 I’m three episodes deep Into the Badlands and I’m not yet sure if I love the visuals enough to ignore the plot. The team who put together this “genre-bending” martial arts television series for AMC promised to re-vamp the films and series of the 1970s and 80s and pull them into the post-apocalyptic future.

As far as my eyeballs and lizard brain are concerned, that they’ve done.

The camera work is just fantastic: multiple Red Dragons, some equipped with the Freefly MoVi, masterminded by Shane Hurlbut and featuring the genius of Huan-Chi Ku doused in buckets of CGI blood. The colors are rich, with red poppy flowers swaying in golden slave-dotted fields set against a massive rusting iron wall; crimson and teal banners flow down antebellum slave-built columns. There are fight scenes in the dry space between two massive oaks, under the pouring rain between two sagging hovels, in a brothel and throughout the halls of an opulent mansion. Daniel Wu rips and kills at will with katana and wakizashi, resorting to strikes and jujitsu when needed, tattooing the results across his striped back.

It’s Kill Bill meets Crouching Tiger, Hidden Dragon, which is no surprise at all given the people involved. Blood, wire-fu and the fusion of Hong Kong acrobatics with the best visuals America’s savants can conjure up. Hell yes.

That, as far as we have seen, is the formula that can successfully bring the kung fu genre from the art-house theaters onto the widescreens of pizza box strewn living rooms across the United States. For films, it can work gloriously.

But for a television series there is an issue that, so far, has yet to be resolved. The Story. 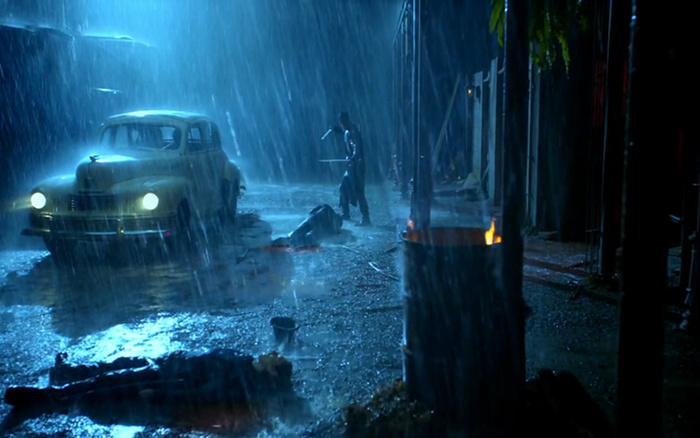 I rolled my eyes maybe 45 seconds into the first episode, when the leader of a grubby gang of nomadic thieves cracks the quintessential “stupid last words” joke as Daniel Wu’s character Sunny steps off of his motorcycle to enquire about some dead bodies. The fight scene that follows was food for the lizard, but my thinking cap already knew exactly what would go down: a bunch of grunts would take turns charging Sunny and getting dramatically skewered, until the grubby leader finally decides to charge and, after landing the obligatory grazing shot, himself gets slaughtered in the most dramatic fashion of all.

This is basically how the story moves forward. Lines I could have pulled from any pulp fiction rag with a martial arts slant followed by stunning fight scenes in beautiful, slightly incongruent settings, a la Hero. Hero, for those of you who don’t know, is the pinnacle of China’s “recycled story meets gorgeous visuals” style of making martial arts movies. They tried to cover it up with snazzy Chinese proverbs and poetry, but it was basically the same boring plot and dialogue you can find on any of Mainland China’s non-news related television channels. Just with cooler graphics. 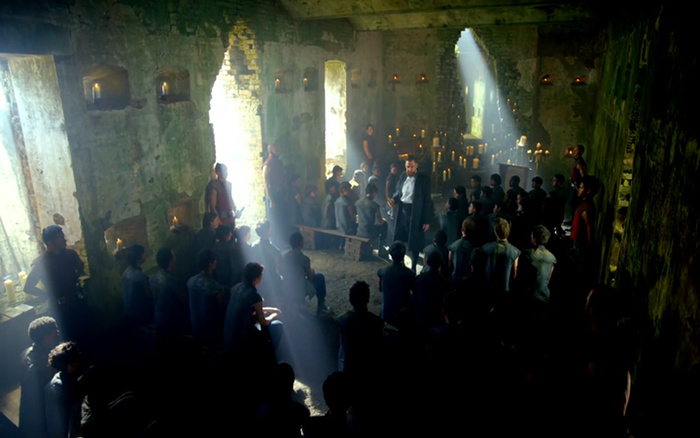 Into the Badlands is trying to beat the “recycled plot” syndrome martial arts flics face by eliciting great performances from Wu, Marton Csokas (Baron Quinn) and Emily Beecham (Minerva, the Widow). It’s almost working. But then the wunderkind plot device M.K., played by Aramis Knight, opens his mouth and I just smirk and shake my head. Then again, if you step back and listen to Luke Skywalker whine in Episode IV, you’d probably smirk too.

The series is only three episodes in and you have to give the thing time to develop and grow, like sap from a poppy bulb, before it can actually stimulate your mind and have a flavor all its own. Relax and watch the show, I tell myself, and let M.K. develop into the badass he is supposed to be.

And yet I wonder why martial arts films have to always be so dumb and tropish. Kung fu in this series, like most others before it—both in film and TV—is depicted as beautifully outrageous. The dialogue is stripped down to the lowest common denominator between cowboy westerns and low budget wuxia. The realism Into the Badlands relies on is not in the story or the combat or the motivations of the main characters, but in the very graphic consequences of sword fighting. Blood drives this series, and the spectacular way in which it is shed. How long can that last? I’m three in and I’m already numb to glazed eyes and open throats. 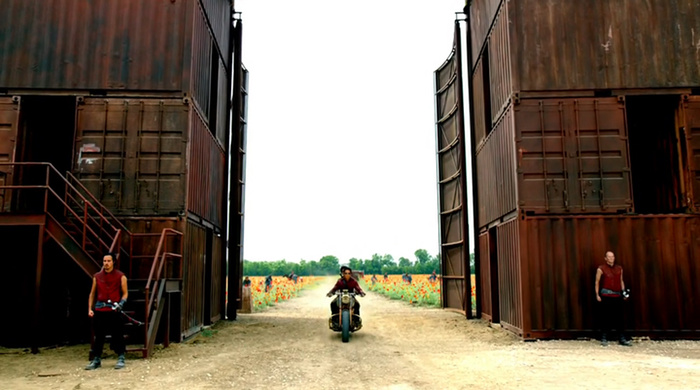 The plot is supposedly based on Journey to the West, which has me curious because I’ve read that series and it seems like M.K is modeled on the powerful, erratic monkey king, Sun Wukong, while Sunny is the patient Buddhist monk, Tang Seng, charged with keeping control of the wild monkey on his journeys. That actually makes a lot of sense because Tang Seng appeals to the thinker in me, I can relate to him as he grinds his teeth over some new bullshit the monkey has pulled everyone into. And the monkey is a petulant fool for most of the journey, awesome and powerful, but a goof nonetheless. I can see M.K. annoying the hell out of everyone until his eyes go black after getting scuffed by some bully, and then he goes full-Avatar on everyone around him.

Those moments have to be powerful and emotional, like when Aang learned Sandbenders had sold Appa (I thought that was emotional. You didn’t?). When M.K.’s eyes go black, everyone in the room’s got to lean back in their love seats and go “Ohhhhhh Shiiiiiiiit!” That’s how you make up for his silly yapping.

I’m sure they’ve thought of that, because as is clear to the kung fu film buff, the revolution Into the Badlands brings to the screen is not in the transformation of the classic kung fu story into a modern epic, but in how those old tropes are re-envisioned for the eyeballs of post Breaking Bad and current Game of Thrones audiences. So I guess I should just enjoy the visuals, indulge my lizard, and stop complaining about the lack of plot to what is essentially a Hong Kong wuxia action flic dropped into a bloody new setting and spread out over six weeks.