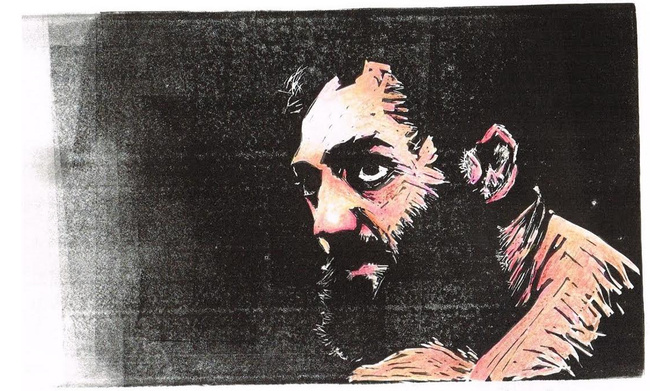 Catch wrestling has been called the violent art. The same could be said of linocuts. Whereas most forms of art are additive, the linocut is distinctly destructive. You are not applying medium to a canvas, but rather taking away, carving your image into the block, the resulting absence to become your ultimate design.

As with most forms of printmaking, the linocut yields a negative. The mirror image of what you carved. Developed by German primitivist group Die Brücke in the early twentieth century, the process involves incising a drawing into a sheet of linoleum, inking the relief, and then printing it onto the page.

The technique functions in the same vein as martial arts. In both cases, creation hinges on a process of tearing away, building through demolition.

One can choose to make this demolition more or less apparent. Depending on your cuts, you can generate a wide range of expression. The more visible the cuts, the more violent the expression. In a print, your brush is your gouge. You may hide your gouge, or you may bring it to the forefront, making the process more evident and the finished product more raw and unrefined, providing a greater energy, sometimes pent up, sometimes frantic. Smoother line and cleaner elimination of the linoleum lends to a calmer, more stoic portrait.

The bold contrasts possible in a relief print, the kineticism of the cuts, make it a fitting medium to depict the fighting spirit, because like fighting, the linocut is an art of attack. 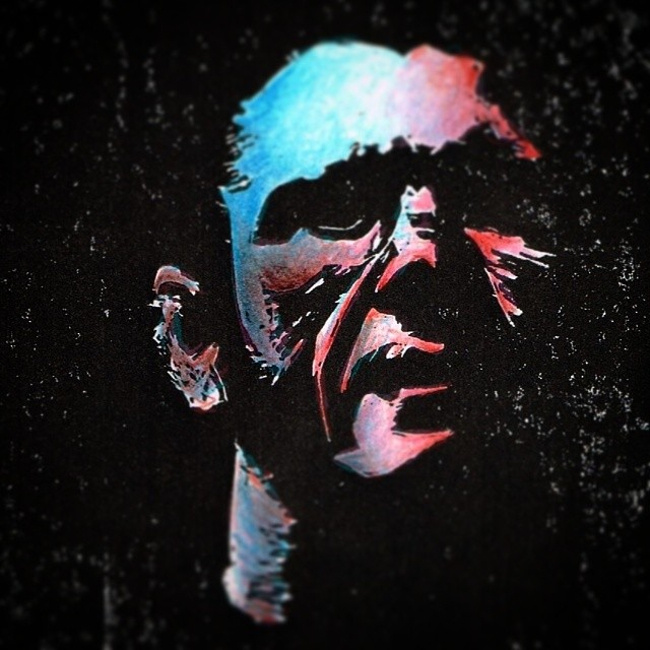 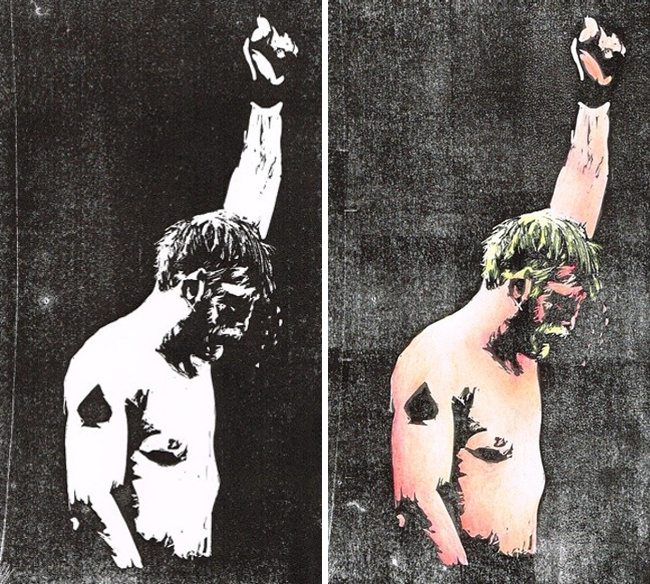 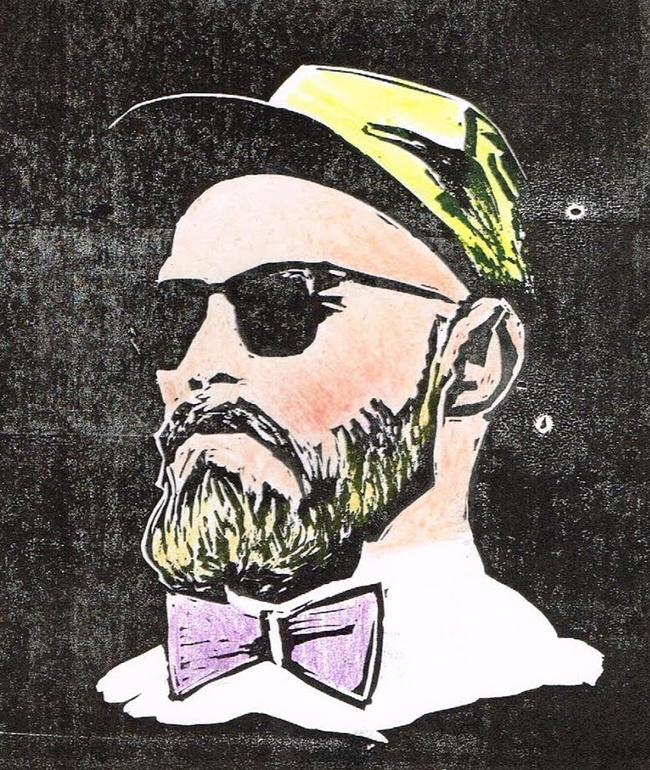 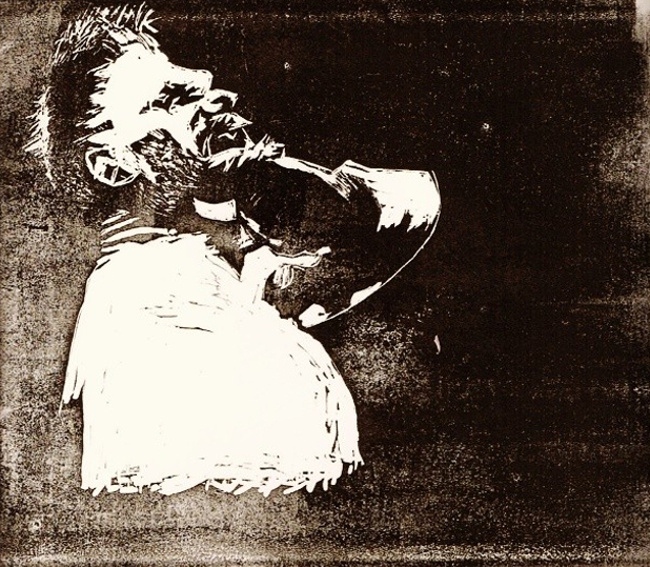 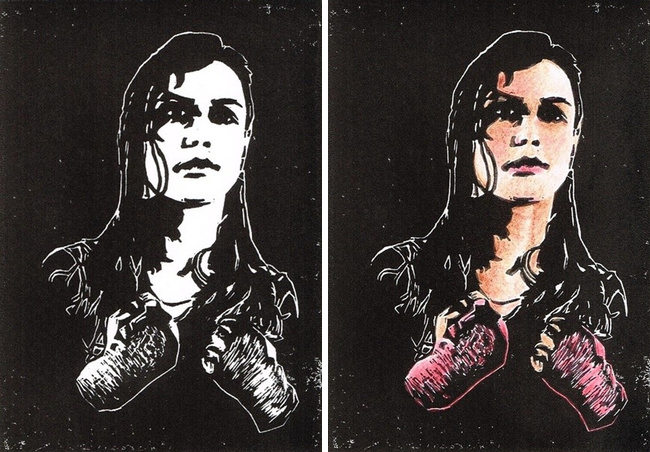 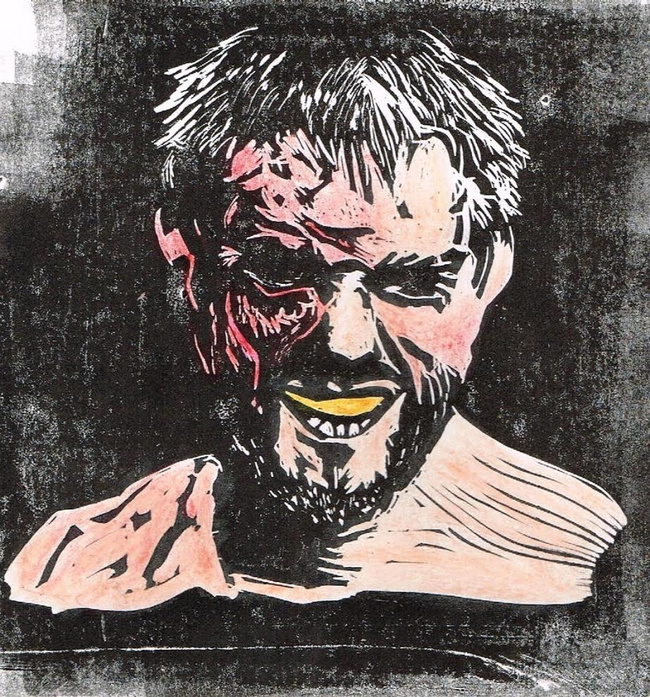 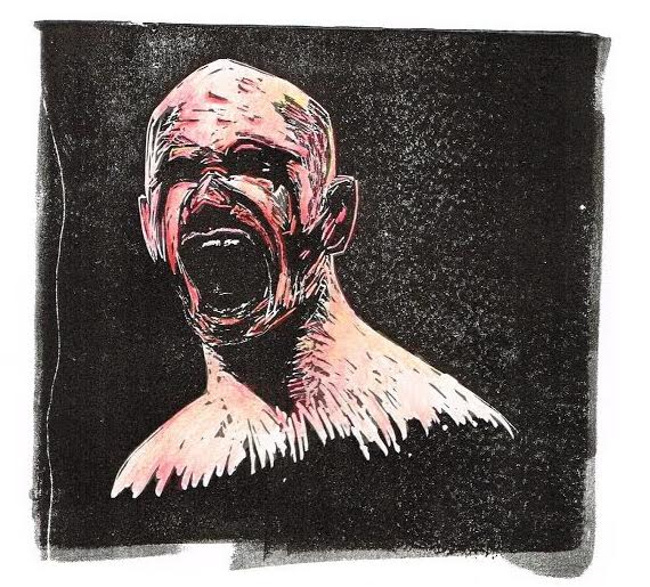