The Bible of Striking: Elements of Defense 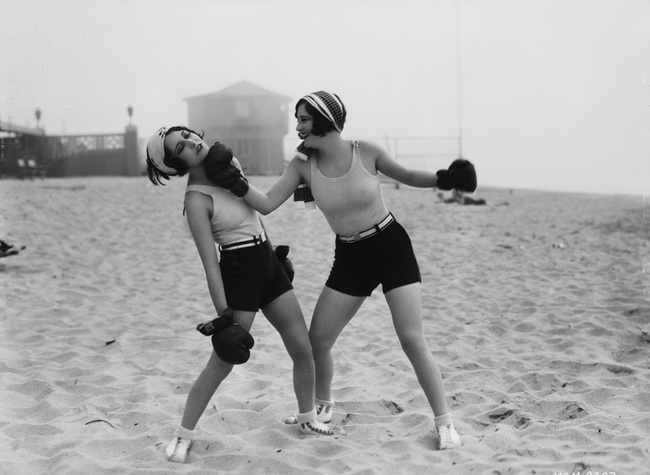 Anyone who has been following my work for a while will know that I consider the bible of striking to be Edwin Haislet's Boxing or On Boxing. Last year we examined the 'Set Ups' of Haislet's little manual, the building blocks of combination striking.

Haislet's book is brilliant because it lays out his preferred method, as a tremendously successful coach, but other methods as well. There is a horrible tendency in coaching to go “that's wrong, that's wrong, this is right” rather than appreciating the pros and cons of each technical difference. It's an understandable tendency, even the best coaches in the world struggle to keep the essence of a fighter whose style doesn't mesh with their own. Freddie Roach couldn't sharpen Mike Tyson's peek-a-boo style, Floyd Mayweather Sr. couldn't make a Philly Shell stylist out of Ricky Hatton, and so on.

This really brings us to the difference between a coach and a teacher. Angelo Dundee is considered one of the greatest coaches of all time, but he didn't teach Muhammad Ali, Sugar Ray Leonard, and old George Foreman how to box, he brought out the best in their personal styles. Eddie Futch trained both Joe Frazier and Ken Norton to beat Muhammad Ali, both in completely different ways to compliment their vastly dissimilar styles and physiques.

Haislet's On Boxing is both a teaching aid, a study tool, and a survival guide. It seems to say “this is a good start, but here's what you might see out there in the wild”. In its brief and seemingly simple run through of techniques, from the mundane to the bizarre, it notes the strengths and flaws of each method, rather than offering a cutting judgement. It accepts that there is a time for everything, and that the more you know, the better equipped you are.

Haislet famously lays out eight basic counters to the jab, and declares that everyone should master at least four of their choosing. An excellent approach to teaching which allows for personal preference and expression—an important piece of kidology in training fighters, who can easily fall into boredom. Furthermore, Haislet notes that combining all the defences and counter punches mentioned in On Boxing, there are well over seven hundred counter strikes. He suggests you learn a handful of your own to make yourself tricky. Entirely up to you which ones.

Which brings us to the subject of today's article, what Haislet calls The Elements of Defense.

Those of you who read the previous Bible of Striking article will remember that Hasilet, despite teaching mainly amateur champions, was big on heavy hitting. He didn't like pitty-patter combinations, he liked sequences which set up a power blow. But Haislet, always a realist, understood that while you can't win a fight on defense, it is easier to steal the initiative off of sound defense than in a head-to-head fire fight:

That a strong offense is supposedly the best defense is in general true, especially if defensive skill is the foundation of attack. Without underlying defensive strength there always comes a time when a good attack meets a better one. Then it is too late.

Haislet divides the Elements of Defense into:

That seems like a tremendous amount to take in, but Haislet does an excellent job of keeping it to the point. Today we'll look at Blocking, Guarding, Parrying, and Stopping.

Blocking is regarded by Haislet as taking a blow on an area of the body which is a less favourable target, e.g. the forearms, shoulders, (in Muay Thai this would apply to the shins). But Haislet notes that:

Considerable resistance is necessary to block a hard blow which causes contusion of the tissue, nerves, and bone. Blocking, therefore, tends to weaken rather than conserve bodily forces. A well delivered blow, even if blocked, will disturb balance, prevent countering, and create openings for other blows.

Nowhere is this more apparent than when you see a good Nak Muay in against a hard-nosed brawler. A man who will just block round kicks with his forearms can simply be kicked until that arm is as good as useless. Yodsanklai has done this to a great many opponents, including terrific fighters like Artem Levin. Just the other day we saw Roger Navarez's forearm shattered by a round kick, and the same thing happened to Randy Couture against Gabriel Gonzaga (though Couture's was not as bad, and he later TKO'd Gonzaga with his broken arm because he eats nails and pours mercury on his breakfast cereal).

But Haislet also pointed out, aptly, that with a little adaptation any blow can be blocked somehow. You can always place something less valuable (to the fight at any rate) in front of a blow if you have enough time. For this reason, Haislet declared that blocking should be taught to a fighter first, and he should master it, but then should only fall back on it when absolutely necessary.

What Haislet terms Guarding is a good deal more subtle. I'll let Haislet describe it for you and then offer the classic example:

Guarding is using the arms as levers to dispel the force of the opponents blows and to obtain the inside position. Such movements require subtle judgment, speed, and coördination for their execution. Some contusion takes place, but not to the same degree as in blocking.

What Haislet refers to as guarding, or the leverage guard, is a common strategy in Muay Thai and is referred to there as the Long Guard. With one arm extended (usually the left arm), the shoulder covers the jaw, the chin is tucked, and the lead arm is extended over the opponent's right shoulder. The opponent's straight right is completely obstructed, and any overhand or hook is going to have to weave around the extended arm. Angle the extended arm away from the opponent slightly and he has an even tougher job punching around it. When it is applied by great defensive artists, the non-guarding hand guards the other side of the jaw with the elbow and forearm. You'll see it in almost every high level Muay Thai bout, but you'll also see variations applied by George Foreman. Roy Jones Jr. would often extend both hands out when trapped along the ropes to guard his noggin and force awkward looped punches out of his opponent. Similarly, when mounted by Travis Lutter, Anderson Silva extended his arms to make landing decent blows very difficult. Dan Henderson did exactly the same against Mauricio Rua. Dangerous if you think the armbar is a real threat, but for a high level grappler it's a case of reducing damage and baiting an attack which will force the opponent to sacrifice position.

Parrying is the brushing of straight blows across oneself. Against the jab, the right hand parries it across the body. Against the right straight, the left hand parries. At least, for most. But Haislet offers a surprising number of parries, noting the danger of the unorthodox ones.

The standard parries ensure that the opponent punches across himself, he cannot follow up with the other hand without retracting his punching arm from its overextended position. There exist, however, fancier parries that do not provide any of this safety. The cross parry (left hand parries opponent's left from the inside, or right to right) are near suicidal.

Notice in each instance that the non-punching hand of the attacker has a free path to the parrying fighter's jaw.

However, these unusual parries do switch the game up. They throw order out the window and provide opportunities for unusual counters. Roy Jones Jr. was a master at the cross parry—utilizing it extensively to land a sneak left hook or straight.

Most parries are performed by palming across the body, but Haislet's book also contains many of the old fashioned blocks with the forearm, moving from the center line outwards. This was the classical response to the jab, in fact many old manuals don't even contain the brushing across parry we see so routinely today. You won't see these inside-to-out parries used all that often in the modern era, but an interesting hybrid was recently pioneered by the great Bernard Hopkins. This involved both parrying across the body and parrying from inside to outside. In his bout with Tavoris Cloud, Hopkins carried his left across himself and when a jab was forthcoming, Hopkins would drive his forearm forward, knocking the jab off line.

Hopkins was able to adopt this position, with his left hand across himself, because the entire fight he was looking to shoulder roll the right hand. He essentially shut down both Cloud's jab and straight right with one hand, leaving his right hand free to look for counters and leads.

Stopping is, according to Haislet, the act of pinning an opponent’s hand or arm so that he is unable to deliver a blow. The example Haislet gives is of driving the palm into the opponent's biceps as he throws an overhand. The lack of detail which Haislet presents here suggests that this method isn't of much importance to his preferred style of boxing, which makes sense, but you can readily see this method in full effect from Sandy Saddler and his protégé, George Foreman. They carried their hands well forward of the classical guard, seeking to smother their opponent's punches as they cut the ring.

Watch to the end to hear Dick Saddler, Foreman's main trainer, specifically talk about this method, preventing the opponent's punches from even beginning. He even, rightly, references Jack Johnson's affinity for the method that Haislet calls Stopping.

We'll look at the advanced Elements of Defense in the next installment of our book club, but in the meantime, get the book. It's online, in PDF format, for free. It's better than any manual written in the last thirty years, and it won't cost you a damn penny.

Jack Slack: The Bible of Striking