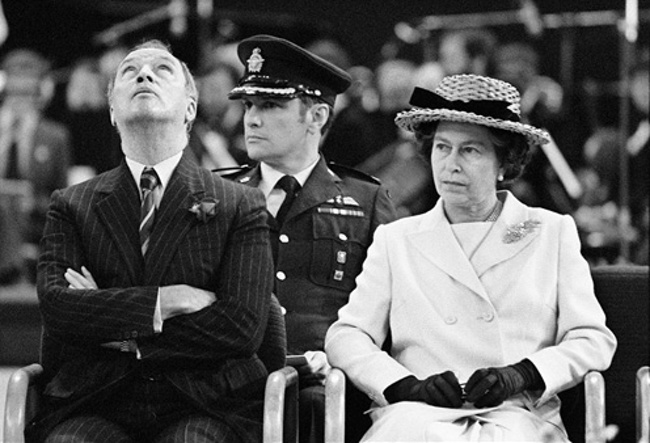 The middle of a Venn diagram of “interesting,” “Canadian,” and “Prime Minister” can be a lonely place. Mackenzie King is certainly in there, thanks to his penchant for holding seances with his dead mother, dogs, and da Vinci. Jean Chretien’s soapstone-wielding self defense skills should, at the very least, give him an honorary membership. And Stephen Harper’s transformation into a real-life Emperor Palpatine over the course of his tenure makes him perversely fascinating enough to gain entry.

Trudeau, sometimes referred to as Canada’s philosopher king, caused an international media sensation during his time as prime minister (April 1968-June 1979 and March 1980- June 1984) and remains the only Canadian political figure who has managed to inspire a genuine mania. He was sort of a less sinister Vladimir Putin. Although their politics were antithetical—Trudeau abolished the death penalty, helped to develop Canada’s Charter of Rights and Freedoms, and believed that “there’s no place for the state in the bedrooms of the nation” while Putin is, well, Putin—their public personas had some similarities. Much like the current Russian President, Trudeau was charismatic, athletic, and eccentric. He was prone to amusing public exploits and had a certain fondness for celebrity (he dated dated Barbra Streisand, Kim Cattrall, and Margot Kidder, among others famous women). He was also a high-ranking judoka. 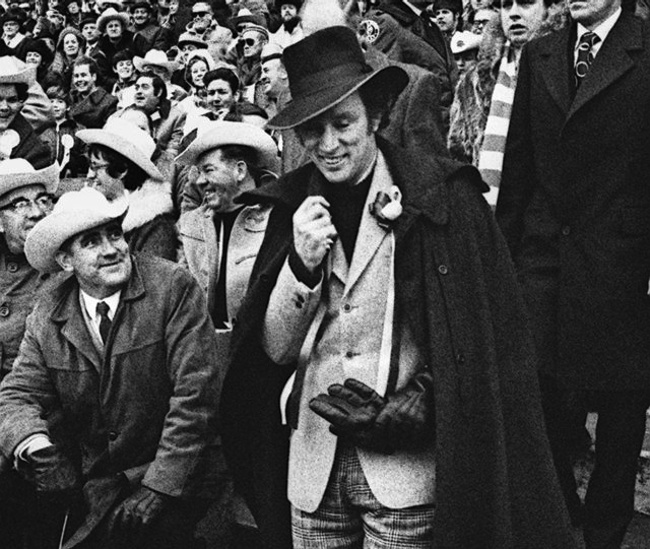 Unlike Putin, who has been practicing judo since childhood, Trudeau came to the art later in life. Although the exact time and circumstances of the future PM’s introduction to the art are unknown, it’s most likely that he took it up at some point in the mid-50s, when he was in his 30s.

Judo was just starting to gain popularity across Canada at the time. As historian Paul Nurse writes in “Pierre Trudeau and Judo?” an essay in Judo Ontario’s July 2009 newsletter: “Following the end of the Second World War and the relocation of many Japanese-Canadians to Canada’s eastern regions, judo likewise emigrated east—first to Alberta, then Quebec, Ontario, and the maritime provinces. This period saw the establishment of such legendary facilities as Toronto’s Kidokwan, Hatashita and Montreal’s Shidokan Seidokwan judo clubs. As well, during the 1950s a number of European judo and jujutsu instructors came to North America; many of these settled in Quebec and aided in a general dissemination of Japanese combative systems in central Canada.”

When judo established itself in Trudeau’s hometown of Montreal, it appealed to him as both athletically—he had participated in everything from boxing to skiing to lacrosse and always looking for a new way to challenge his body—and philosophically.

“This postwar situation was made to order for Trudeau, who had returned from his celebrated round-the-world journey of 1948-1949 with a marked taste for the exotic and an affinity for eastern ways and modes of thinking,” Nurse suggests. “Interested in Buddhism, Trudeau also possessed a familiarity with yoga: a number of file photographs exist of the Prime Minister showing off his prowess at various yoga asanas (poses).” 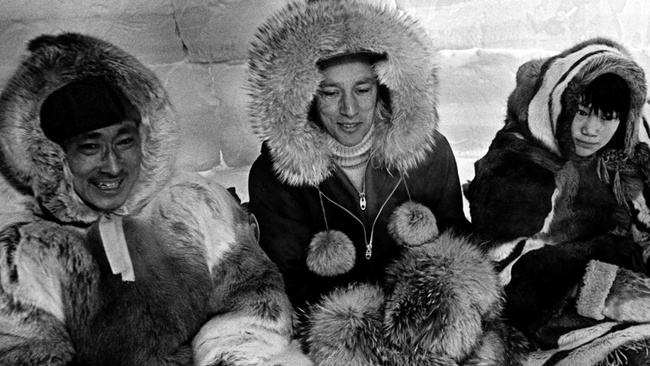 Trudeau was never the most obsessively dedicated judoka. “As a man of enormously heterogeneous interests [...] he seems to have had a sometimes-off-and-on relationship with the art,” Nurse notes. But he trained regularly throughout the rest of the 50s and managed to earn a brown belt by the end of the decade. In the early 60s, he took some time to visit the famed Kodokan during a trip to Tokyo.

It wasn’t his most shining moment. As a younger man, Trudeau had an inclination toward cockiness and impetuousness. It made for some interesting moments in the public eye, like his iconic pirouette behind Queen Elizabeth, but it didn’t serve him quite so well in the early days of his judo practice – especially not in a place as serious as the Kodokan. “For whatever reason—his sometimes arrogant manner, or the way in which he asked for randori—the judoka of the art’s ‘Mecca’ were not appreciative, pummeling him so mercilessly that he was barely able to crawl off the tatami,” Nurse recounts.

Trudeau was at least humble enough to take the lesson in stride. Back in Canada, he continued to train with some regularity. And the media noticed. By the time he first became Prime Minister in 1968, his brown belt in the discipline had become a common talking point, Depending on who was talking or writing about him, his judo background represent anything from his athleticism to his eccentricity to his modernness.

"After a considerable amount of reflection and self-inspection, Pierre Elliott Trudeau—everybody says his name that way, all at once, in the manner affected by some football players.... has decided he wants to become prime minister.... Without a doubt, Trudeau the swinger—the man with the hollow cheeks, the thinning early-Merseyside haircut, the pocked face—would be enormously popular with younger Canadians. Canada has never had as prime minister a man who holds the brown belt in judo. Trudeau does,” Robert Miller wrote in the Toronto Star on February 16, 1968.

Even Life Magazine got in on the action. “Nothing about the next prime minister of Canada is ordinary,” Gilbert D Moore wrote in the April 19, 1968 issue. “He wears what he likes, when he likes—and is apt to appear in the House of Commons wearing an ascot and sandals. He has a brown belt in judo, skin dives off Tahiti, and once slid down the banister in the House of Commons carrying an armful of important legislation.” 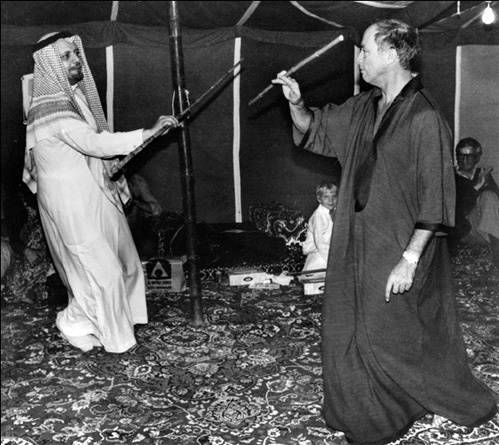 On a state visit in the early years of his leadership, Trudeau had a chance to return to the Kodokan as part of a state visit. Instead of decimating him, the members of the dojo awarded him his shodan, even though he confessed that his attendance record hadn’t been the best since he assumed office. “To his credit and considering his sporadic practice of the past several years, Trudeau is said to have been somewhat embarrassed by the promotion,” Nurse writes. A photo of him being thrown during that visit wound up on the back page of the September 25, 1970 issue of Life.

On a subsequent state visit to Tokyo, Trudeau turned down another scheduled visit to the iconic dojo and requested to see a kendo demonstration instead.

As Trudeau nominally settled down and started a family of his own, his interest in judo grew much stronger. Once his three boys were old enough, he began taking them with him to the Takahashi Dojo in Ottawa for regular lessons. The 18th Prime Minister of Canada, Brian Mulroney, also took his kids there. 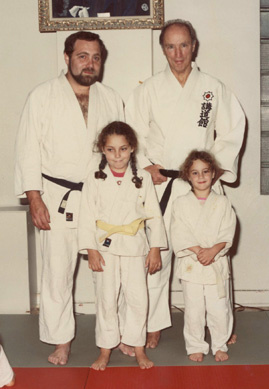 In Common Ground, a 2014 memoir by his eldest son, Justin, who is now a politician/fighter in his own right (he’s currently campaigning for his dad’s old job and knocked out Conservative senator Patrick Brazeau in a charity boxing match in 2012), admitted that the Trudeau boys would often break into sparring at home. “There were few rules, other than no punches in the face and no biting, and if someone got hurt, we stopped,” the younger Trudeau wrote.

Judo may have added color to the early days of Trudeau’s political career, but the art made its biggest mark on the end of it. On February 28, 1984, there was a particularly bad snowstorm in Ottawa. Despite the weather, Trudeau loaded his sons into the car and took them down for the judo lesson, as planned. Almost everyone else had stayed home, so the Trudeau clan got a semi-private lesson out of the deal. This gave the elder Trudeau—who had matured both in and out of the sport since his early days at the Kodokan—a chance for some deep philosophical reflection. After the lesson, he put his children to bed, took a walk in the snow, and decided to retire from politics.

“I went to judo with my boys, a very good judo lesson because nobody was there because of the storm,” Trudeau told the media the next day in what might be the only major statement from any politician to involve a meandering reflection on martial arts classes. In another interview, he added “It seemed like a good day to have a last day... it was a great walk in the snow. I went to judo, felt very combative, and here I am.”

Trudeau, who passed away in 2000, stepped off the tatamis not long after he walked away from politics, but his impact on both Canada and Canadian judo can be felt to this day. In 2013, the Canadian Black Belt Hall of Fame recognized his contributions to both spheres by creating The Pierre Elliot Trudeau Humanitarian Award. This year, the award went to Georges St. Pierre.