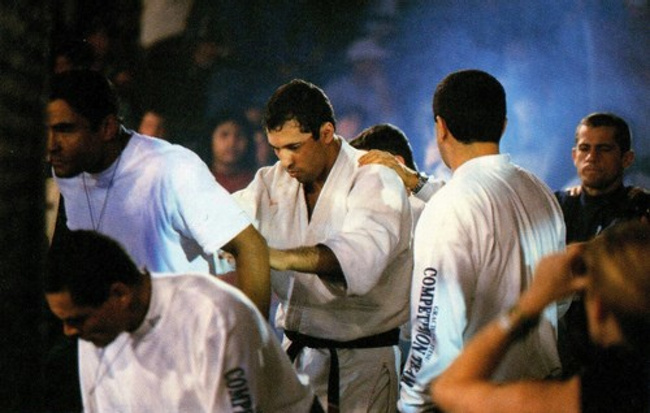 Brazilian jiu jitsu is evolving but evolving into what? Anyone who has trained in multiple jiu jitsu schools will notice the differences in philosophy and technical emphasis that exist between academies. Certainly, there is a common body of techniques and transitions that they all share; but what they emphasize is so different, so as to call into question whether the term “Brazilian jiu jitsu” will continue to be adequate in describing them all.

Either Brazilian jiu jitsu will reproduce new styles of martial art or it will continue to exist as a single combat sport, with disparate competition rule sets, the way Wrestling does. With the current state of jiu jitsu variety, simply saying one has a black belt in Brazilian jiu jitsu isn’t as descriptive as it was in the early 90’s. For the purposes of this article, I will oversimplify something that, for now, defies neat compartmentalization; I will describe what I see are the three basic modes of Brazilian jiu jitsu today.

In doing so, I acknowledge that this is based on my own limited and biased experiences with the art, in Florida and Southern California. I also acknowledge that the naming of these “modes” is problematic, as there is considerable overlap between all of them. Jiu jitsu styles are as varied and numerous as the people who practice it.  Every jiu jitsu practitioner has a unique style, based on personality, aesthetics and physical aptitude. Nevertheless, the basic generalizations required to describe the current state of jiu jitsu work for the purposes of this article.

I agree with the expected rebuttal that it’s all jiu jitsu, “one flag” and a common lifestyle; but it won’t always stay that way. Nothing on Earth lasts forever; nothing living is free from the requirement of evolution; that which mutates and reproduces into varieties will thrive. Nothing stunts the development of life, intellectual or biological, the way inbreeding will; when a philosophical family tree takes the form of a double helix, falsehoods and imperfections linger in the gene pool of ideas. As things stand today, I see three main modes or ideologies of Brazilian jiu jitsu, each having the potential to become a distinct martial art: first-wave jiu jitsu, second-wave jiu jitsu and third-wave jiu jitsu.

First-wave jiu jitsu is the earliest iteration of Brazilian jiu jitsu, as taught and practiced by Carlos and Helio Gracie. First-wave was derived from an older form of judo but features a highly developed guard, smoother transitions between positions and an emphasis on leverage over athleticism. First-wave is for self-defense; the primary goal is survival. Because of his small and inferior physicality, Helio Gracie believed that if he fought a bigger, stronger opponent, and didn’t get KO’d or submitted, then he was the winner of the fight. First-wave jiu jitsu classes emphasize self-defense techniques against headlocks, bear hugs, sucker punches, hair pulls and wrist grabs. Students are also taught how to properly close the distance, taking the fight to the ground, without taking major strikes. First-wave practitioners are also taught to “stand up in base,” a systematic way of getting up from the ground, that prevents one from getting knocked back down. The main question the first-wave answers is: what does jiu jitsu look like when someone is trying to punch me in the face? Generally, practitioners of first-wave frown upon some of the newer, read combat ineffective, techniques of sport jiu jitsu, such as donkey guard and the berimbolo. Vocal proponents of first-wave are Helio Gracie (RIP), Rorion Gracie, Rener Gracie, Rickson Gracie, Royce Gracie, Pedro Valente and Javier Vasquez.

Third-wave jiu jitsu is a relatively recent and North American phenomenon, sharing with second-wave an emphasis on combat sport. Wrestling has been a staple of American and Canadian culture since at least the 1800’s, with catch-as-catch can giving birth to amateur wrestling and theatrical pro-wrestling. Because many American jiu jitsu practitioners wrestled in high school, it didn’t take long for cross pollination to occur. Third-wave is distinguished from second-wave in its deemphasizing of the gi, and the fusion of jiu jitsu with wrestling, something akin to what Rolls Gracie did in the 70’s. One of the most popular versions of this approach is exemplified by 10th Planet jiu jitsu. 10th Planet completely rejects the gi and encourages its students to invent new techniques. In Utah, Ricky Lundell, a black belt under Pedro Sauer who then wrestled for Iowa State, teaches a complete hybrid of wrestling and jiu jitsu, deemphasizing, but not completely abandoning the gi. Other proponents of the third-wave include Cesar Gracie, Jake Shields, Dean Lister, Eric Paulson, Chris Weidman, Firas Zhahabi and George St. Pierre.

The question is: will these modes or waves split off into three distinct styles, the way judo did in Brazilian jiu jitsu and Sambo? Or, will Brazilian jiu jitsu remain one martial art with three distinct modalities. In the USA, Wrestling is essentially one martial art with two different international rule sets: Greco-Roman and Freestyle. Greco only allows for upper body attacks; grabbing the legs or using the legs in grape vining (hooks) is illegal. Freestyle allows attacks to, and use of, the legs in attacking an opponent. Few look at these rule sets as two distinct martial arts; because Greco -Roman and Freestyle wrestlers both share the same heroes, myths, symbols and rites.

The thing which has kept a jiu jitsu schism from happening sooner is the presence and success of the Gracie family. The Brazilian jiu jitsu community lionizes and adores Carlos, Helio, Carlson, Rickson, Royce, Royler, Renzo and Kyra. They love to hear Gracie stories of dojo raids, nightclub brawls and the beginnings of MMA. Being trained by a Gracie still holds a kind of weight to it, regardless of which Gracie is doing the teaching.  The belt system of white, blue, purple, brown and black still has universal use, among adults; and earning a black belt still takes 8 to 10 years for most. So it seems that the thing which unites the various jiu jitsu schools today is the shared lineage of instruction, going back to Carlos Gracie, Gracie family lore and belt ranks. This might be all that is required to keep Brazilian jiu jitsu from splitting off into new martial arts; just a few hanging portraits of Carlos and Helio, in every school may do. However, as the art keeps evolving and spreading, it may be harder for jiu jitsu schools to mutually recognize rank and accomplishments. Something that has the potential to make this particularly difficult is the existence of different rule sets for sport jiu jitsu.

In IBJJF tournaments, you get 4 points for mount and back mount, 3 points for guard pass and 2 points for a sweep, takedown or knee on belly. The Gracie Nationals and Gracie Worlds, two tournaments produced by Rose Gracie, don’t give points for anything; it's a submission only format. Rickson Gracie has also started his own Jiu jitsu Global Federation, with its own unique set of rules and point structure. However, as it applies to jiu jitsu with a gi, one of the most interesting rule sets is the one put forth by Rigan Machado. 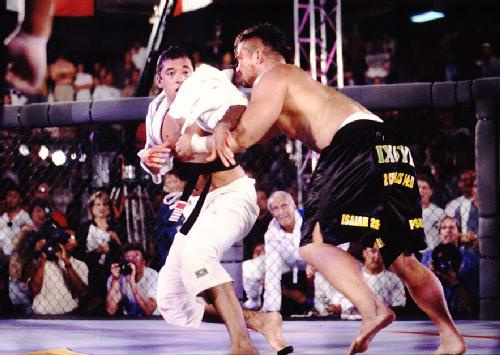 Rigan Machado’s new jiu jitsu World League has a unique set of rules, which is set to have its first events next year. For example, JJWL rules distinguish between high takedowns and low takedowns. High takedowns, throws were the opponent is raised in the air, above his own belt line, such as a slam or haragoshi are worth 4 points. Also, whereas the mount tends to be the gold mine of jiu jitsu positions, earning 4 points in IBJJF, in JJWL, it only earns 2 points. The existence of 4 point takedowns is a significant departure from the relative neglect takedowns suffer in Brazilian jiu jitsu. Also, in the JJWL, tournament winners get paid. In an interview for mmafighting.com, Rigan says that one of his main reasons for starting the league is to “professionalize” jiu jitsu, so as to stop a talent drain into MMA.

The varieties of jiu jitsu today are the natural symptom of the arts success in the UFC. The shockwaves created by Royce Gracie’s three tournament wins are still reverberating throughout the martial arts world. However, it’s important to understand that signing up for Brazilian jiu jitsu lessons does not mean one is singing up to learn what Royce Gracie used against Kimo. Then again, you might not want to; the important thing for any jiu jitsu practitioner to understand is what exactly they are buying into, and whether what they are buying into is what they want to learn.

The extent to which any of these varied approaches to jiu jitsu will remain under a catchall branding, of Brazilian jiu jitsu,” will be determined in the coming century, by two things: the continued involvement and marketability of the Gracie family; and which, if any, sport jiu jitsu rule set will be considered the industry standard. If the Gracie name, for whatever reason, ceases to be marketable, and we see the long term existence of parallel, though disparate, competition rule sets then our children or grandchildren might see Brazilian jiu jitsu give birth to multiple martial arts the way Judo has.

Are Jiu Jitsu Tournaments to Blame for Wrestling’s Dominance in MMA?