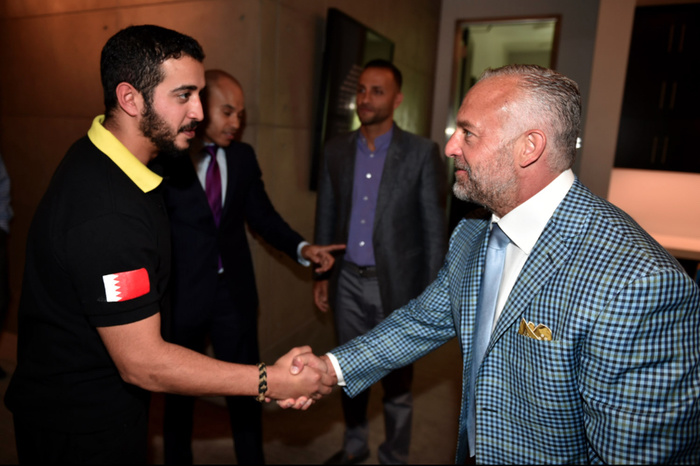 When you think of MMA royalty, you’d be forgiven for it conjuring up images of Fedor Emelianenko, Wanderlei Silva, BJ Penn or Chuck Liddell. However, genuine royalty will be present at The Ultimate Fighter 22 Finale tonight.

The event, headlined by a fascinating contest between two of the world’s top featherweights in Frankie Edgar and Chad Mendes, is one of three big shows the UFC are staging in Las Vegas in an unrivalled series of great fight cards on consecutive nights in Las Vegas, Nevada.

However, tonight’s sandwiched event has taken on a whole new significance over the last day when Bloody Elbow’s Karim Zidan reported that His Highness Khalid Bin Hamad Al Khalifa—the Crown Prince of the Kingdom of Bahrain—will be present in Edgar’s corner in what is one of his most important fights to date as he battles to try and earn another crack at the UFC lightweight title.

New Jersey’s Edgar recently became part of the extended KHK MMA team owned by Al Khalifa: a big proponent of MMA in the Middle East as well as being the country’s sports minister among other important governmental roles. That team houses local fighters as well as having relationships with the likes of Edgar, Khabib Nurmagomedov, fellow Dagestani brawler Islam Makhachev and coaches in John Kavanagh and the great Renzo Gracie.

The Crown Prince and KHK have also forged links with WSOF to help bring some of their events to Bahrain, an island situated in the Persian Gulf with Saudi Arabia the west and Qatar to the east. While the vision behind team KHK is an admirable one, with the main goal being to help promote martial arts to the youth of the Middle East, there are some questionable aspects to Team KHK and Al Khalifa himself. 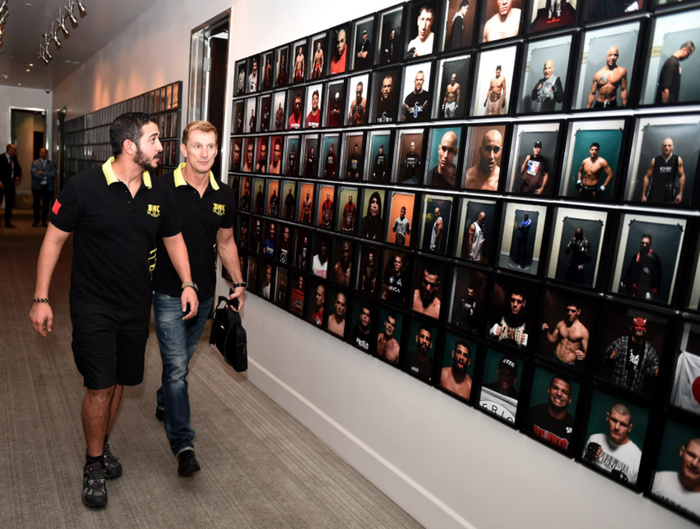 Without any real fighting or coaching background to his name, why has His Highness taken it upon himself to offer his services to team Edgar? More importantly, why did Edgar and his coaches agree to it? Edgar has long had Gracie as one of his many esteemed mentors, and with their joint links to team KHK, this perhaps had some bearing on the decision. But, overt showings such as this make Al Khalifa’s MMA venture appear as somewhat of a vanity project.

The above may appear uncontroversial. But, the Bahraini Royal Family—and the Crown Prince himself—have a string of allegations against their names for human rights abuses as the rulers cracked down on protesters to squash Bahrain’s Arab Spring uprising in 2011. This raised many an eyebrow when so many reputable and respectable names in the sport agreed to the association with KJK MMA.

UK newspaper The Independent reported an anonymous Bahraini asylum seeker now based in the UK was providing evidence against the Crown Prince to Scotland Yard—the highest level of the country’s police force—to try and get Al Khalifa arrested after he had posted on social media that he was visiting London.

The above allegations aimed at Al Khalifa largely comprise his supposed involvement in overseeing the torture of the Bahraini protesters imprisoned following the violent Arab Spring protests. The Russian Times also reported that the Crown Prince himself was a patrolman who stopped a car at a police checkpoint, before arresting and beating a man after personally trawling through the victim’s phone for texts that were defamatory against the Royal Family. The government of Bahrain vehemently denies these allegations.

It’s understandable that fighters are looking at alternative sources of income given the recent struggles to find significant sponsorship after the emergence of the UFC’s Reebok deal: the lure of an extremely wealthy backer would be near impossible to ignore.

But, whether the above accusations volleyed at the Crown Prince have any morsel of truth attached or not, the negative PR involved in human rights abuses is inherently damaging to the supposed perpetrators and their acquaintances—and deservedly so. Even if Al Khalifa’s only crime is not being a cornerman fit for a future Hall of Famer like “The Answer”, his involvement isn’t a great look for Edgar.