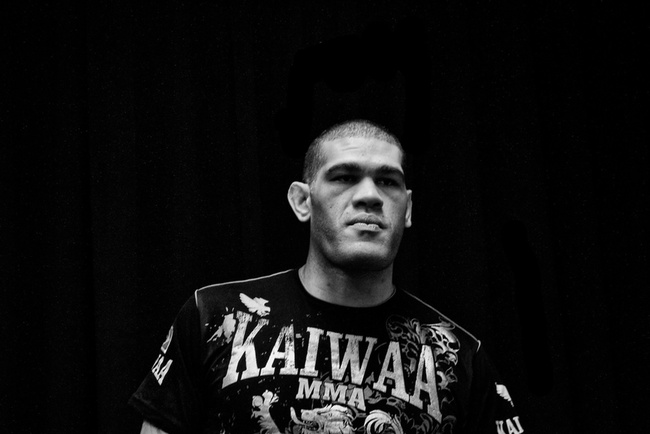 After Antônio "Bigfoot" Silva vanished from the scene last year—he last battled Mark Hunt to a draw at UFC Fight Night 33 in December, which was Fight of the Night, and some claim Fight of the Year, but then he tested positive for elevated testosterone, which they’d granted him an exemption for, but not such high levels.

Most feared he would never enter the octagon again. Fans of the Brazilian giant wept. But now they rejoice, for this Saturday, at UFC Fight Night 51, in Brasília, Brazil, he rises again to face Andre Arlovski, in a rematch of their 2010 bout, which Silva won via unanimous decision.

The nickname: Silva stands 6’4 and walks at close to 300. But it’s his gargantuan head, hands, and feet that earned him the moniker. Afflicted with acromegaly, a condition in which the pituitary gland secretes way too much growth hormone, like a Doctor Seuss tale, the boy Silva kept growing, and growing, and growing.

After doctors operated on his pituitary gland and removed a cyst, his testosterone levels dropped, and for this he was granted the exemption. Which he can no longer use, due to the TRT fracas last year. This was a terrible development, because in 2011 specialists informed Silva that his symptoms from the condition were growing worse. 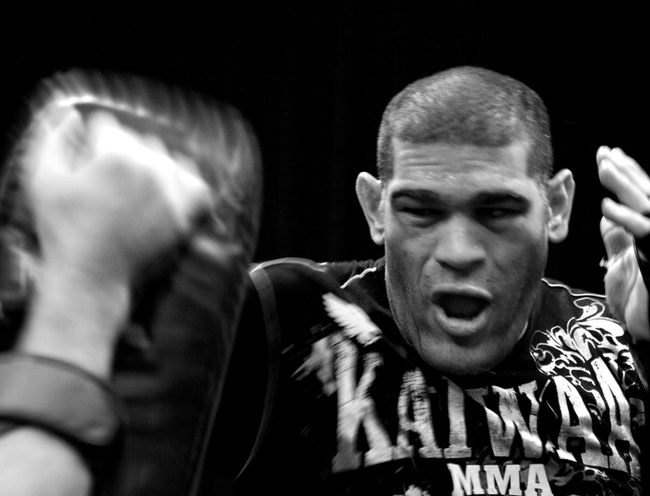 Finally, a case where TRT was warranted. Medically necessary for an obvious genetic condition, yet, the door slammed and most thought he was locked out for the remainder of his storied career.

For which, in my book, he will forever wear the crown.

Anyway, after Bigfoot vanished I decided to book my summer vacation at Happy Camp, California, deep in the redwoods on the Oregon border.

Town facts. With a population of just under 1,200, there’s only two things you need to know about Happy Camp: the economy relies on farming weed, so it’s everywhere—even available in the butter at the local motel, which serves pancakes—and the town religion is Bigfoot.

That’s right, these folks worship at the altar of Sasquatch.

Imagine driving through those towering redwoods for hours, and into an episode of X-Files. Scaling the mountain, winding up and up, on the outskirts of town you’re greeted by a massive Bigfoot statue. From then on, it’s Sasquatch everything. Bigfoot Towing and Small Auto Repair. Bigfoot t-shirts. Bigfoot burgers.

Drinking and playing pool at the bar, I spoke with a few ‘experts’ and learned even more about the Cult of Squatch. According to town lore, the reason they can’t catch these creatures—yes, I meant that in the plural—is they are inter dimensional beings who constantly zip in and out of our world. They are concerned about the environmental damage we’re causing to our planet. If cornered they’ll defend, but otherwise, they’re peaceful.

Luckily, my trip coincided with the local Bigfoot parade. Check it out below:

Despite numerous nights hiking the woods with a paid escort (a Squatcher), the parade was the only pay off. I was totally bummed, and more than a bit groggy from the constant fog. As consolation I plan to tune in this weekend and settle for a Silva sighting. But I swear, when he does finally retire, I’m going to bring Bigfoot Silva up to Happy Camp and show them the real deal. They’ll run out of their trailers, waving hands and genuflecting on the asphalt. We’ll rule the place. Start a proper cult.

Forget the MMA world, I’ll tell Silva. As Doctor Seuss would say: better to be big fish in a small pond.

The Drunken Master: In Favor of the Unorthodox