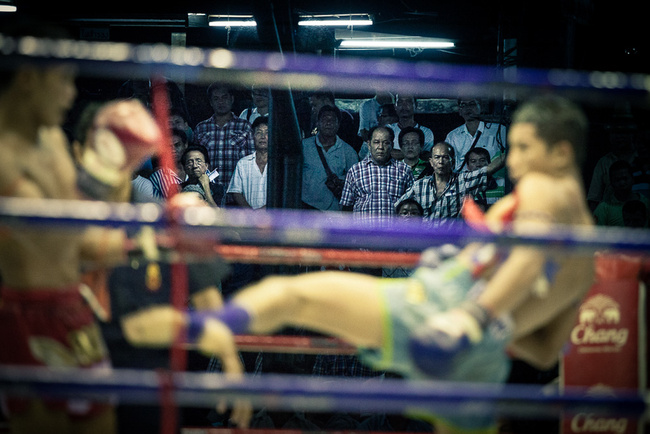 You will sometimes hear people talk in hushed terms about the golden age of Muay Thai when the gambling was less pervasive and fighters would compete for the glory, rather than the money, while fans would flock to the big stadiums in Bangkok purely to be entertained.

This was well before my time so to what extent the era has been mythologized I do not know but I can say with some certainty that betting has become such an intrinsic aspect of Muay Thai that without it the sport might not survive in its current form.

If you go to any of the stadiums in Bangkok where the marquee matchups take place, be it Lumpinee Rajadamnern, Siam Omnoi or Channel 7, you will see that the majority of the crowd is made up of Thais who are seeking not simply to bask in the thrill of the fights but to gamble on the outcomes, often for high stakes.

I’ve always enjoyed seeing the way the fighters interact with the gamblers in terms of how they formulate their strategy and decide whether to come forwards or sit back and defend a lead but the synergy between Muay Thai and gambling does have its dark side, a point which was made particularly apparent on Monday night. 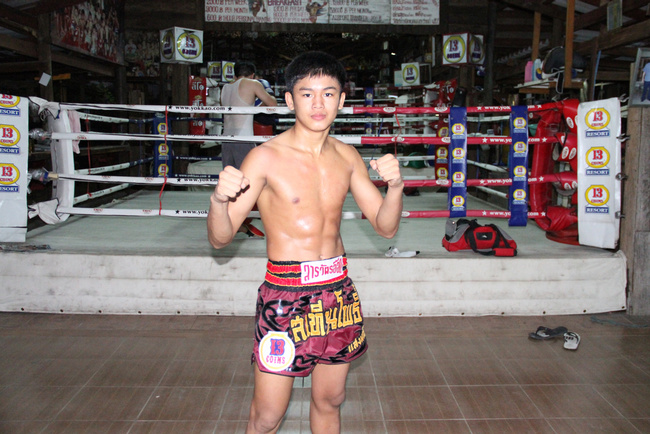 Sangmanee Sor Tienpo is one of Muay Thai’s brightest young stars and despite having only turned 17 earlier this year he has already won the prestigious ‘Fighter of the Year’ award from the Sports Authority of Thailand and held stadium titles at both Lumpinee and Rajadamnern.

The teenager was billed to face Thanonchai Thor Sangtiennoi for the fourth time at Rajadamnern Stadium on December 1st. He lost a decision but was fortunate to escape with his life after collapsing after the fight and being rushed to hospital.

The doctor stated that had he been admitted 20 minutes later he could have died and, while it will be several weeks before test results come back, it is already clear that the near fatal damage was done not by his opponent’s punches or kicks but by some form of poison deliberately administered to the young fighter at the stadium.

Physically Sangmanee is set to make a full recovery but what effect this incident will have on him psychologically remains to be seen. His parents are already talking about wanting their son to quit the sport and the picture this story paints of Muay Thai is not a pretty one.

Sangmanee is a schoolboy who fits his training around his studies. As one of Muay Thai’s main stars he can expect to receive a purse of around 100,000 Baht every time he fights but this sum pales in comparison to some of the bets which will be laid on his matches and this is where the problem lies.

The stakes are so high that some gamblers will do anything to gain an advantage, even going as far as to try to poison the fighters and it seems that someone probably succeeded in slipping a substance in Sangmanee’s water bottle or even simply applied something to his skin. 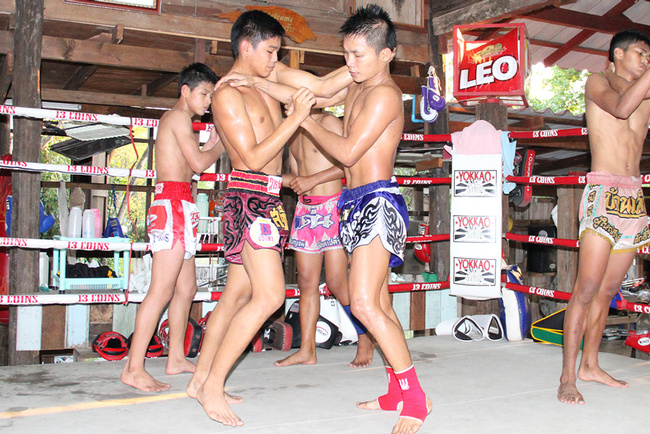 In Thailand members of the public are typically allowed to mingle freely with the fighters as they are backstage which gives prospective poisoners an obvious window of opportunity but while incidents of this nature are far from unheard of this one was still particularly shocking due to the severity of Sangmanee’s reaction and the high profile of the fight in question.

No-one was more shocked than Sangmanee’s Father who could never have imagined an evening which promised so much would end up in him spending an anxious vigil besides his unconscious son’s hospital bed.

“After the fight his whole body tensed up and he was trying to bite his tongue, we had to put a spoon in his mouth. I don’t want my son to fight anymore, I feel sorry for him,” he told Thai journalists the following day.

Amazingly Sangmanee put up a comparatively good performance in his fight (which you can see here) with the substance he had inadvertently ingested apparently not taking effect until immediately afterwards, although the teenager does seem to fade somewhat in the final two rounds.

Perhaps the poisoners got their timing wrong, or perhaps they misjudged the dosage but illicitly doping a fighter is not an exact science and, while Sangmanee survived and is unlikely to suffer any long term physical effects, next time a Nak Muay is slipped something backstage they might not be so lucky.

Ultimately whoever poisoned Sangmanee got the outcome they wanted because he lost the fight and all bets would have been long since settled. The decision to slip a toxic substance to a teenage boy as he prepared to step inside the ring probably paid off handsomely and that’s why this is unlikely to be the last time an incident like this occurs at a Muay Thai stadium.

In the Shadow of Lumpinee: Building Champions in Singapore