The Death and Life of Charlie Rowan 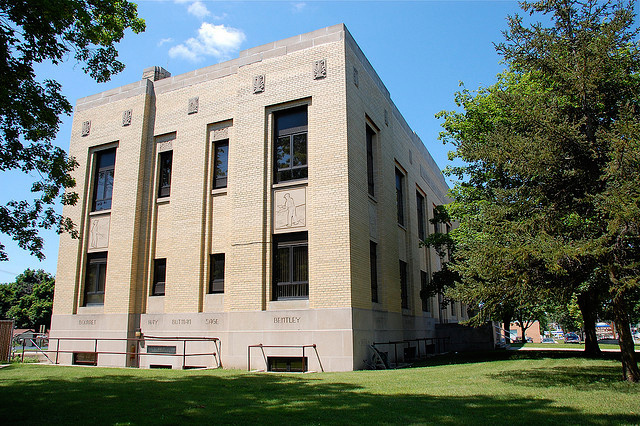 It seems unfair to judge Charlie Rowan’s old fights now, knowing what would happen.  But what’s done is done, and you wonder if he was ever good at anything.

As a fighter, Rowan didn’t bring much. A doughy brawler, he looked more like a tenant than the landlord in his own body. His fight for the United Fight League in October 2011 survives online. He lasted a good eight seconds before being bombed onto his back, where he stayed for what little time he had left. One minute and five seconds in, the referee stopped the fight and raised Rowan's opponent’s arm.

Then a reply from a user going by the name Morzloks: “dumbfuck you know he’s alive.”

No obituary is listed for Charlie Rowan’s passing at the age of 25, but if someone did write one it would’ve likely been short and full of the respectful omissions that customarily accompany the untimely passing of a little-loved fuck-up.

Before Rowan’s reported death earlier this February, the most extensive report anyone would find on him was his listing on the Michigan Sex Offender Registry, which listed him as a 6-foot, 240-pound loser with pleas entered for five separate charges, including two for attempting to manufacture or deliver a controlled substance and two more for failing to register as an offender. It’s the record of a man stupid and violent enough to be the subject of a Coen Brother’s film.

Rowan had an affinity for ink and religion. He’s listed as having almost a dozen tattoos, a third of which were crosses, to go along with the portrait of Jesus on his right leg, the reaper on the right shoulder, and the spider web on his left elbow.

But a fresh one that law enforcement missed was the Diamond D MMA logo etched into his arm. That one was more like a brand than a tattoo, and he needed the permission of the man behind the D to get it.

Scott DiPonio had been training fighters for years when Rowan approached him at a show in late 2011 looking for a shot at MMA. DiPonio took him on with disappointing results--Rowan notched a sad 1-3 record as an amateur--but the rookie worked hard and he had the right attitude. So DiPonio gave Rowan his blessing to get a tattoo of the logo of his fight team, Diamond D.

“It’s only for a few guys that I allow to do that,” DiPonio would later tell reporters. “That’s a pretty big deal.”

Rowan was scheduled for fight number five this past February in Traverse City, a northern Michigan town of about 14,000. He never made it. That day, Rowan’s girlfriend, Rosalinda Martinez, called the fight organizers in tears. Rowan was dead, she said, killed in a tragic car accident on his way to the fight.

The next day DiPonio drove to Gladwin to pay his respects to Rowan’s family. When he got there he saw “young kids and grandparents crying,” he told the Associated Press. “I thought for sure Charlie was dead,” he said. “I mean, these people were hysterically crying.” Before he left, he gave the family $150 for expenses.

Over the next few weeks, DiPonio and partner Christos Piliafas organized a benefit card to help the family. Fight for Charlie raised $1350 in ticket sales and donations. A mutual friend, Michael Bowman, came to collect the cash. Bowman cried when he pocketed the money and ended up sleeping at DiPonio’s house.

A month later, Bowman would stand in a Gladwin courtroom alongside Rowan and Martinez, each facing charges of armed robbery and assault with intent to murder.

On Monday, March 18, about a month after Rowan’s “death,” Martinez called 911 to report a robbery at Guns and Stuff, a small mom-and-pop sporting goods store about 100 miles southeast of Traverse City.

According to the Gladwin County Sheriff’s Office report, when the police arrived they found the shop empty except for the owner, 74-year-old Richard Robinette, who was lying on the floor with his head cracked open. Robinette made it to the hospital, where doctors pronounced him in critical condition. Police would later determine he’d been beaten with a hammer.

Two days later the police announced they’d made three arrests in the case: Rosalinda Martinez, Michael Bowman, and Charlie Rowan. DiPonio said when he saw Rowan’s mugshot on the TV news, the shock was so bad, he almost passed away then and there. At this point no one knows why Rowan faked his death, but apparently it wasn't his first time. Gladwin County Sheriff Mike Shea told reporters that Rowan was suspected of playing dead in a previous scam in central Michigan.

Meanwhile, Rowan's victims are picking up the pieces. Robinette is still in the hospital and his family has started an online fundraiser to help with the medical bills. As of this writing, the campaign had brought in more than $10,000. DiPonio and Piliafas say they plan to file a fraud claim against Rowan.

"I had people saying this was a little bit fishy," DiPonio said. "There was no obit. There was no funeral service. But in that situation, you want to be sensitive to the family. I didn't know exactly how to handle it. I didn't want to go off and say, 'We're not doing this. Something's not right,' and then have the incident having really happened."

(Author’s note: None of Rowan’s friends or family responded to interview requests for this story, which is based on police reports, court records, and the interviews those close to him did give to local press before deciding that there was nothing left to say about Charlie Rowan.)