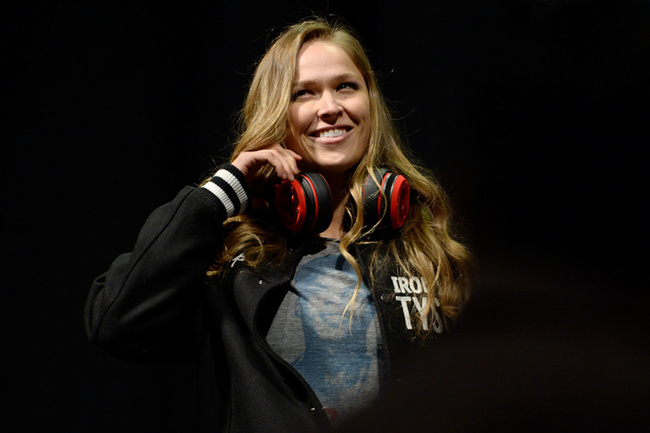 Ronda Rousey made history once again when she became the first ever UFC  fighter to win an ESPY at the 2014 ESPY Awards in Los Angeles last night. The undefeated women’s bantamweight champion was named Best Female Athlete, beating  out Olympic skier Mikaela Shriffin, college basketball player Breanna Stewart and the WNBA’s Maya Moore for the honor.

Rousey was unable to attend the event because she was at home recovering from a recent knee surgery, but she did accept the fan-voted award in a pre-recorded clip. “Thank you to everybody who voted for me, whether it was because you like me or not, or because you actually respect what I do... Or maybe you hit the button on accident. I appreciate all of you guys,” the fighter said before going on to thank her team and her coaches.

Whatever their motivation, ESPY voters got it right when they selected Rousey as their best female athlete. Regardless of sport or gender, few athletes have had a more successful year than the fighter, who has definitely won all four of her bouts since she became the UFC’s first women’s bantamweight champion in early 2013, and her ESPY win marks a major step forward in the mainstream sports world’s recognition and celebration of women’s MMA. It’s also a pretty big deal for the UFC in general.

Rousey is far from the first UFC star to be nominated for an ESPY. She wasn’t even the only fighter up for a trophy last night. Chris Weidman was up for “Upset of the Year” thanks to his dramatic defeat of Anderson Silva at UFC 162, but the award went to Mercer’s NCAA March Madness win over Duke instead. Light Heavyweight champion Jon Jones and Rousey were both in the running for Best Fighter, but lost to boxer Floyd Mayweather, Jr. This marks the third time that Jones has been snubbed for the award. 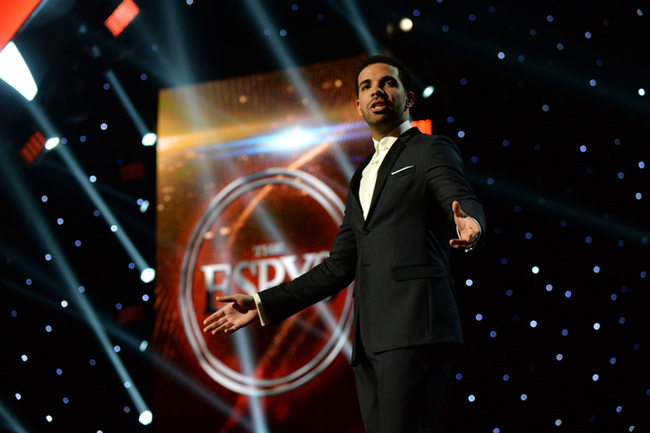 UFC legends like Randy Couture, Anderson Silva, Georges St. Pierre, Lyoto Machida, and Quinton “Rampage” Jackson all garnered Best Fighter noms in their prime, but had to settle for the honor of being nominated. Last night was the first time that any UFC champ walked away with a major award at the event, and this win just might signal a new wave of acceptance and fandom for mixed martial arts.

Not everyone related to the ESPYs has been won over by Ronda’s reign, though. When 2014 Best Fighter himself, Mayweather, was asked about Rousey on a press stop to promote his forthcoming fight against Marcos Maidana this past Tuesday, the legendary boxer said, “I don’t know who he is.”

It might be time for Mayweather to start researching his Best Fighter competition, though. Rousey and her supporters are, only half-jokingly, plotting his demise in a hypothetical MMA fighter vs boxer match not unlike Randy Couture’s brutal beatdown of James Toney at UFC 118.

Dana White told ESPN that he thought Rousey could take Mayweather in a street fight or a mixed martial arts fight, saying “If Ronda gets her hands on him, she’ll hurt him. I’ve seen her throw big men and hurt them.” Joe Rogan also believes that Rousey could take the boxer in the Octagon. Rousey even has a game plan for the hypothetical match, as she detailed in an interview with Los Angeles radio station Power 106 FM:

“I wouldn’t even stand up. I wouldn’t even be anywhere near him. I would just do like a little army crawl over there, and he would have to run away. I would be skittering after him like the one dude in Bloodsport that was doing the whole monkey crawl fight system. I would do that. I would just bear crawl over there too low for him to hit me and I’d tackle him down... I spent a lot of time [on the ground], and I doubt that he does.”