'The Fits' and the Evolution of Boxing in Art 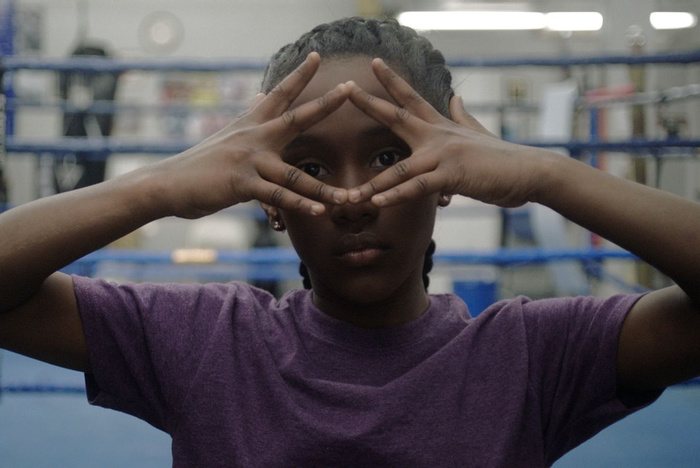 122 years after William K.L. Dickson first shot a six round bout between Mike Leonard and Jack Cushing, the boxing film remains the medium’s most reliable and long-running genres. While it might continue to deliver a certain consistency, though, the boxing picture doesn’t always offer in innovation any more.

Over the past century and change, certain patterns and tropes have started to develop and cement themselves in the genre, and this year’s offerings, like Hands of Stone, The Bleeder, and Bleed For This—all seem to suggest that genre is at the risk of becoming stale.

It’s not necessarily a problem of quality. Hands of Stone hasn’t really been a critical favorite, but The Bleeder and Bleed For This are competently made and have been well-received, but they all follow a pattern we’ve seen so many times before that it starts to feel as rote as the first basic combination drilled into your head by your very first coach: A true story (or a story inspired by a real-life boxer). A traditional hero’s journey. A training montage at some point along the way. A victory—either sporting or moral, or both—inside the ring. Four decades after Rocky first delighted us we have now settled into a pattern where we can, with the rare exception, predict even the best boxing films down to each individual narrative beat and choreographed punch.

There was one movie that came out this year that gave us a whole new hope for the genre, though. The Fits, an independent film that premiered to rapturous praise at Sundance last January and received a theatrical release in the summer, isn’t technically a boxing picture. Or perhaps it’s more accurate to say that it’s not just a boxing picture. Director Anna Rose Holmer has described it as a dance film. It’s also about mass hysteria in close-knit groups of adolescent women in the tradition of Picnic At Hanging Rock and The Falling (yes, that is an actual subgenre of films). But boxing is a part of the world that it portrays, and the way that Holmer, her co-writers, her choreographers, and her brilliant young stars work with the sport is exciting and refreshing. It’s unlike anything we’ve really seen on screen before.

11 year-old Toni (played by breakthrough star Royalty Hightower) attends a boxing gym located in a community center in Cincinnati’s West End and trains with her brother there, but she spends more and more of her time watching the drill team down the hall. Eventually, Toni joins the team, and gradually finds her own footing in both the choreography and the social structure. But there’s a danger lurking on the edges of her self-discovery: one by one, the older girls in her group are succumbing to violent, “fits”-like fainting spells.

With very little dialogue, The Fits tells its story almost entire through physical movement, like a training montage that’s been expanded into a 72-minute feature-length film and enriched with a far deeper character arc than simply getting stronger and/or learning how to fight. And those physical movements are so strong, so thoughtfully and accurately represented, that they can more than carry the weight of the storytelling and themes of adolescence, gender, race, and belonging that weave through The Fits.

From the very first moments of the film, which introduce us to Toni, mid sit-up, as she counts her reps in barely-winded breath, The Fits lures its viewers into a universe that is both dreamlike and yet still anchored in verisimilitude. From Toni’s count to the combos being practiced behind her to the very sound of the leather gloves hitting the heavy bag, the film reproduces the sights and sounds and the very feeling of being in a boxing gym with an accuracy that few pugilism films more rooted in realism have been able to manage.

What The Fits does with its boxing is even more impressive than simple recreation, though. With Holmer’s keen eye for movement and Hightower and her co-stars’ remarkable ability to tell stories through that movement, the film incorporates pugilism into a bold new esthetic and truly exciting new cinematic experience. If you’ve ever found beauty in a punch, or story in footwork, there’s something unique and powerful waiting for you in this vision.

The boxing itself might only be a small part of the film’s overall power. It is, after all, the calling and the mostly masculine atmosphere that Toni gradually leaves behind to be a part of an all-female drill squad that becomes the primary focus of her story. But while boxing might not be what makes The Fits great, The Fits just might be what continues to make the sweet science a sweet piece of art and a bold new step in a very long tradition.

Boxing made its cinematic debut on the vanguard when, those 122 years ago, it became the first sport ever to be filmed. Assured, challenging new work like The Fits will ensure that it has the potential to stay there for many more years to come.

Fight Fan Review: “Bleed For This”

The Boxing Movie Is Making a Comeback