The Golden Bell: The Secret to Roy Nelson's Iron Chin 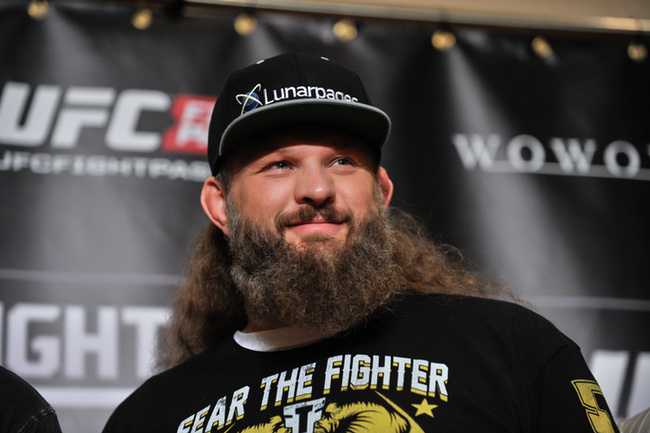 A lot of people think of Big Country as a one trick pony, the guy with the ogre-like overhand right and an iron chin. Granted, most of Roy Nelson’s fights do end up with someone getting knocked out, but if you hear him tell it, it’s only because a one-punch finish is the quickest way to get the fight over with, it’s something the fans love, but definitely not the only thing he has in his tool belt. It’s not even his favorite way to fight.

“I'm always thinking about the fans,” Roy said. “Me and Mark are those old school fighters, we're always trying to finish the fight. If we can take him down and beat the crap out of him, great. If we can knock him out in the stand up great, if we submit the guy… I mean Mark Hunt has even tried to submit Ben Rothwell. We're always going for a finish. We're not playing tag.”

That wasn’t always the case. Nelson started his martial arts career studying the Asian arts, mostly karate and kungfu (“I always wanted to be a ninja”) from the lineage of world-renowned Northern Shaolin and Praying Mantis masters Kam Yuen and Ark Wong at the Lohan School of Shaolin in Las Vegas.

“I was 15 and a half, and my friend’s dad actually studied kungfu from Ark Wong and Kam Yuen,” explained Roy. “(Yuen) was like the enforcer, the guy Bruce Lee was supposed to fight when he broke is back. Real kungfu in the 1970s, in California, Chinese only taught Chinese. You didn't teach Americans. Well Kam actually taught Americans and it just grew from there. And that's where my whole lineage came from, from Praying Mantis and Northern Shaolin. My master was a school brother of Kam Yun, Douglas Wong was a school brother of Kam Yuen. David Carradine was a school brother. They all went different routes.”

“My buddy, that was his dad, two of my friends and him, and we started doing kungfu in his garage, and now he has like 800-900 students.”

Even though Roy’s goal at the time was to make it into a B movie as a kungfu actor, because that was the only way you could make money with martial arts at the time, he was lucky enough to learn some effective techniques from his masters. Instead of constant forms with no application, “I call that pretty martial arts,” Nelson worked on throws and pokes, his qi, and a lot of iron body exercises. 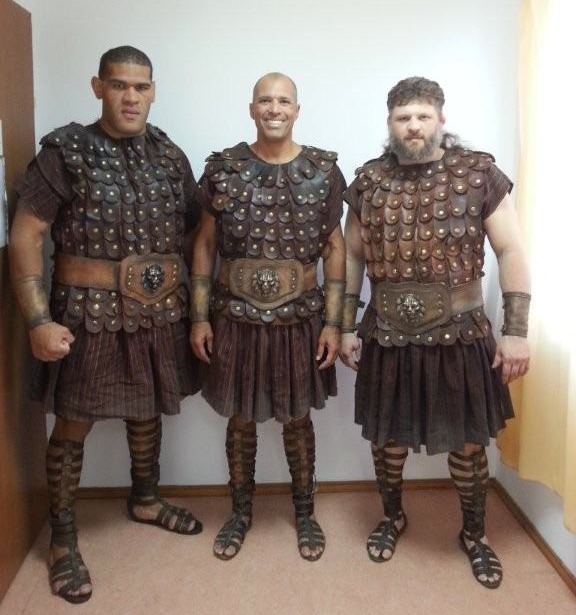 “The one thing about kungfu that has definitely helped me was, I used to do Golden Bell training, which is you know, iron body training, that's definitely helped me,” Roy said. “I wasn't just hitting wooden poles, I got to the point where I was using 12 gauge steel. Hittin the whole body. Shins, your back. The face.”

“Yeah dude, it's iron body. The bell around you, you know. And you practice your qi, and the breathing, and the while nine yards. I don't do it now, but I did it when I was younger. It has to have an effect, I mean, it's the only thing that will keep my qi right, right?. Maybe that's why I have an iron chin.”

“Another thing I learned through kungfu is you have to be more open minded about martial arts. I remember getting DQ'd in my first karate tournament because I threw a hook instead of just straights. Back then things were really stringent. That's when I learned that some of those people were really close-minded. I didn't cross over or anything, I just did it all. That's what I'd like to be known as too, as someone who is an all around martial artist.”

Roy is pretty knowledgable about the history of kungfu, and what happened when the Chinese government stepped in and removed the hardcore effective elements from kungfu and created Wushu. He’ll also geek out on forms, Plum Blossom hand techniques, and how Praying Mantis throws are the precursors for a lot of what we see in MMA today.

“Kungfu never really died for me, because I still go to the school a lot,” he said. “I think the difference between now and when I was younger is really when I stopped doing forms, around 10 years ago. I was just like, forms are stupid, and that's when I found jiu jitsu and I just fell in love with jiu jitsu because I could go 100% with my martial art without actually hurting the person. I really loved being able to use your form and everything you're learning and go 100% without having to be like, ‘oh sorry I just poked your eye out’ or just really hurting somebody.”

“Anything that works really ...  but mostly something interesting. Like an arm triangle to kimura to arm bar from the bottom. I usually like whatever is a good transition to a submission, like ‘oh he was on the bottom and now he's on top,’ something like that.”

Picturing Roy Nelson unleashing a flying armbar on someone is when you realize he isn’t just a big bellied, hairy ogre who takes people’s heads off. Inside one of the UFC’s most fearsome punchers is a kungfu teddy bear who love the fans, hates hurting people, and spends a lot of his pre-fight time following his wife Jessy around like Shrek.