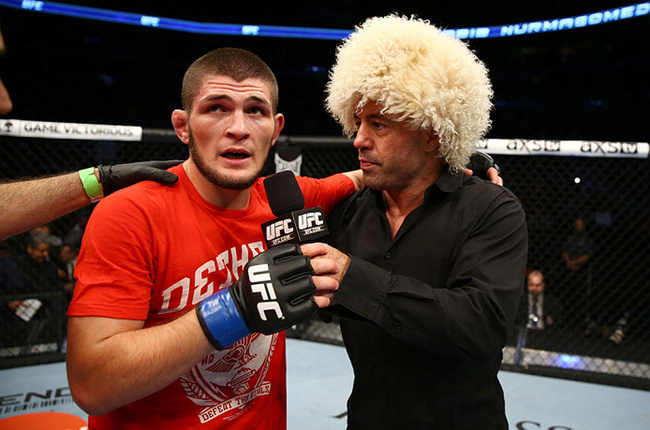 For a long time, along with scaring the shit out of everyone with the threat of suplex after goddamn suplex, Khabib Nurmagomedov was also confusing people with his sartorial choices. Why, exactly, was this otherwise stoic Sambo fighter from the Caucasus always throwing on a zany blonde wig when he walked to the cage or whenever a camera captured him outside of it?

Well, it isn’t a wig at all. It’s a papakha (pronounced “puh-pah-hah”), an article of clothing native to Nurmagomedov’s homeland in Dagestan, and his eagerness in donning it ties to his pride in his Avar culture. “This is a warrior, mountain clan, and this is what their shepherds wear,” says Georgi Derluguian, a professor of sociology at New York University Abu Dhabi and an expert on the ethnic cultures of the Caucasus. Derluguian spoke with Fightland to shed light on the heritage behind Nurmagomedov’s favorite headwear. 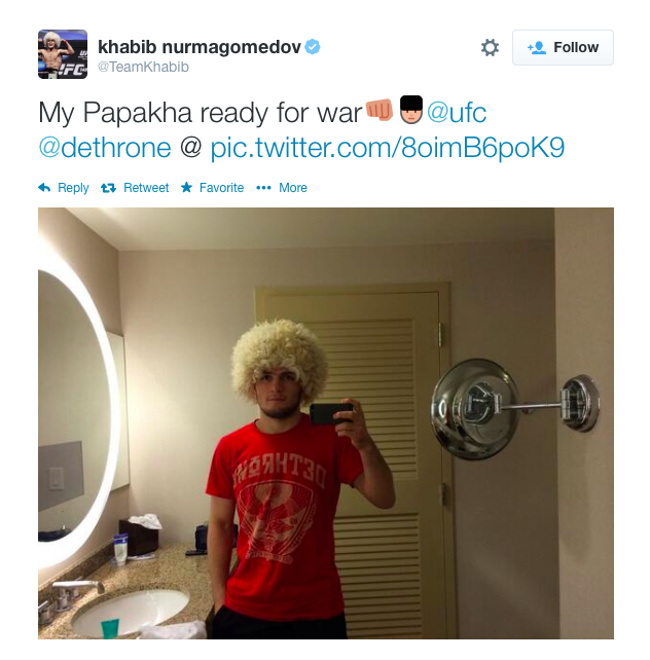 Georgi Derluguian: We have no record [of the papakha] before maybe the 17th or 18th century. That doesn’t mean it didn’t exist—probably, it’s existed forever…Think about it: you take an animal skin, you make a bowl out of it, and stitch it together. It has to be very ancient, because what could be more basic than that?

Have you seen Hamid Karzai of Afghanistan? He wears a hat made of the fur of unborn lamb. It’s very tight, it’s curly, it’s silky and silvery in color. Those are by far the most expensive papakhas. What Nurmagomedov wears is a very shaggy, wild papakha—and papakha simply means “hat.”

The size is adjusted very simply by a small piece of rope, which is going through the edge of papakha. So you can regulate the size, pretty much like swimming trunks…It’s versatile, it’s warm. And it warms up not only your head, but also your heart.

The hat is pretty much [the same] as for a Texan to wear a cowboy hat. In fact, it’s a shepherd’s hat. It’s not a very noble variety of hat—there are much more expensive hats—but this hat symbolizes him as being a real mountain shepherd, and they’re notorious for being very strong. Probably because they eat smoked meat, they live high in the mountains, they breathe a rarified air—there are all kinds of legends.

There is a saying: If you have nobody to give you advice, talk to your papakha—it’s only a hat, but it’s such an important part of your personality. And if you leave your papakha, in Dagestan, nobody would dare touch it, because you know there must be a very serious reason if the man took off his papakha and he left it in place. It must sit there waiting for its master.

Around World War I, the papakha eventually became [a part of the uniform for] the whole Russian army. Before that, only the Cossacks wore them—these were the crack troops of the Russian army, the horse riders. That’s where it comes from. But it’s besides the point: Nurmagomedov is an Avar. They are the tribe that offered the most ferocious resistance to Russians in the 19th century, from the 1820s until 1859, the famous Caucasus War led by Imam Shamil.

Men in Dagestan would also wear daggers, beautiful daggers, but I don’t think you can bring a dagger to the ring. During Soviet times, there was one very interesting amendment to the Communist constitution, which prohibited possession of weapons, except if the weapon was part of the traditional costume. It was specifically for Dagestanis—they could wear daggers and silver-capped bandoliers with cartridges on their chests because this was part of the traditional dress.

From 1991 to the mid-90s, there was a whole movement of separatists from Russia, the Confederation of Mountain Peoples of the Caucasus, as they called themselves. They wore all kinds of papakhas—it became part of the uniform. And in a sense, Nurmagomedov is just showing his ethnic pride, his toughness as an ethnic boy, and at some point, he found something that would give him a touch of locality.

There are all kinds of superstitions around papakha, like you never take it off unless you fight the enemy. It’s like baring the blade of your sabre. If you take off the papakha, you don’t put it on again until you have completed the fight.

Watch this video of a young Khabib causually WRESTLING A BEAR: