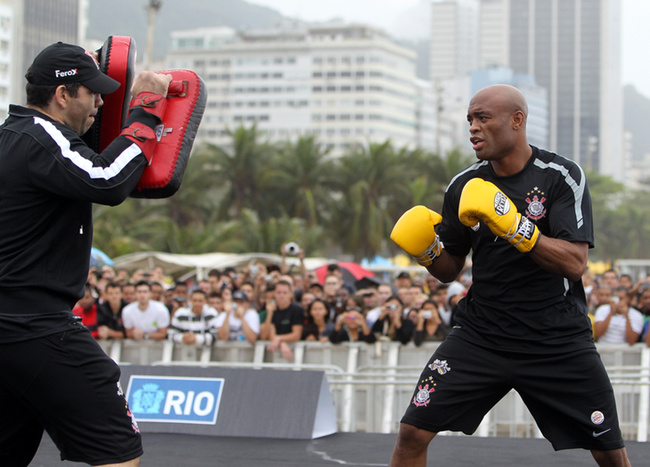 Losing is a part of life, of any sport, and not even the biggest icons of any discipline are able to maintain their undefeated records eternally. Prior to December 28th, 2013, Anderson Silva had already tasted the bitter flavor of his own mortality with the knockout he suffered against Chris Weidman six months earlier. But the sound of snapping bone and the agonizing screams coming from mixed martial arts’ greatest fighter to date left a permanent mark on fans of the sports, and on the UFC itself. In a way, Silva’s absence from the UFC since his injury has demonstrated just how important he is to the UFC, and perhaps that the promotion needs him more than he needs them.

Silva is responsible for the proliferation of mixed martial arts and the UFC in Brazil. Until 2011, when he faced compatriot Vitor Belfort, mixed martial arts still remained in the periphery of public spectatorship. The largest nation in South America hosted seven events last year and the year before, and that is all due to the popularity of Anderson Silva, on account of his extremely successful career and spectacular performances. Brazilian fans like that kind of fare, of having a Brazilian champion that is dominant and notorious—don’t forget the national soccer team boasts a whopping five World Cup championships—someone like Anderson was until he met the formidable Chris Weidman in the Octagon.

For most athletes, withstanding an injury like the one Anderson fell to at age 40 would most likely point to the end of his or her career. Losing Anderson Silva would be a devastating blow to the UFC, and even though they’ve tried, Dana White and his team haven’t been able to find anyone with Silva’s reach and influence. Not having Anderson Silva would dissipate the great connection that exists between the United States and Brazil in terms of the sport. Jon Jones and Ronda Rousey are massive superstars in their own right. Jon Jones is arguably the biggest fighter ever, and Ronda Rousey has bridged the gap between the sport and the mainstream more definitively than anyone before. Needless to say their reach is quite vast, however this reach is heavily limited to the United States alone. Conor McGregor is on a similar boat, but his divisive antics will never allow him to be universally (or almost) beloved fighter. 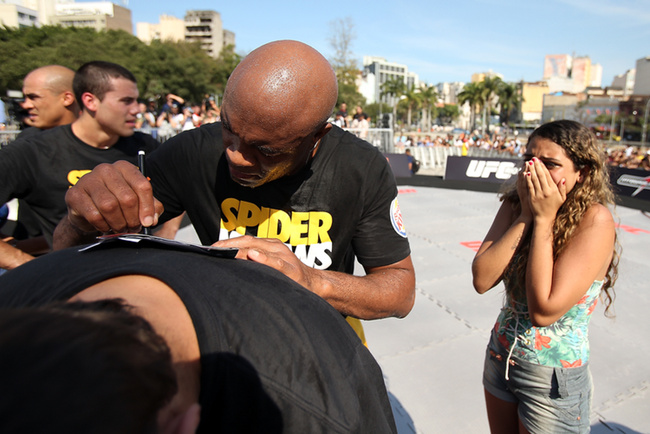 In his time off, Silva took the opportunity to be beside his family in their home in Los Angeles. Keeping up with him via social media and interviews and appearances, fans got a glimpse of a happy Silva, at peace, even, with the injury that put his career on hold, perhaps forever. He focused on his other careers as a writer and as an actor, enjoying his status as a fighter who is able to enjoy life even after the Octagon days are gone. Silva’s income throughout the years has allowed him a very comfortable life, both in and out of the UFC. The urge to fight, however, was bigger than the desire to stay home.

We don’t know how much Dana White offered Silva to return to the UFC for another 15 fights, but surely that number also had a lot to do with Spider’s return. Dana White understands the importance of having Anderson Silva fight in the UFC—especially with the troubled year the promotion had in 2014. Having the UFC’s biggest name return is crucial to the future of the company.

A victory from Silva over Nick Diaz on January 31st would surely jack up future Pay-per-view and ticket sales—even more if Silva were to land himself on yet another title dispute. And that doesn’t even take into consideration the amount of exposure the UFC would regain in Brazil. Without disrespecting the nation’s myriad other legendary fighters, no man, anywhere in the world, has the clout Anderson Silva has, and as such the UFC has, in Brazil.

Now I Am the Master: Anderson Silva’s Obsession with Roy Jones Jr.