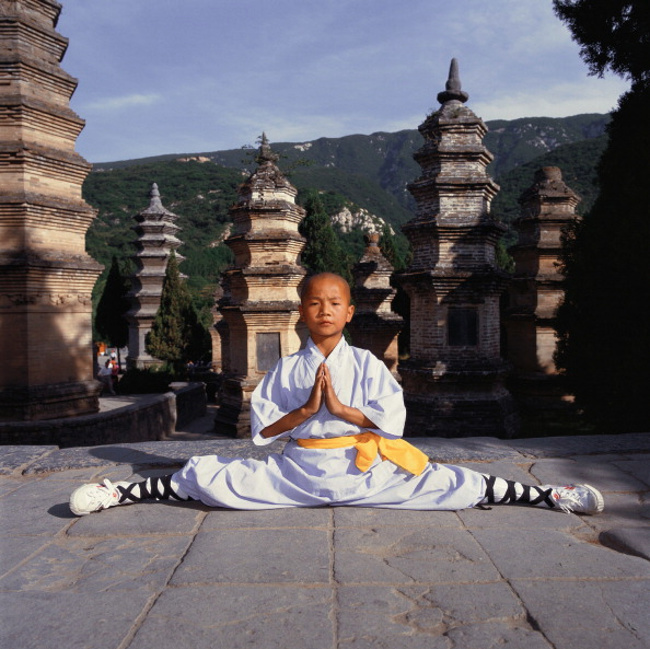 This year marks the 40th anniversary of diplomatic relations between China and Thailand. Chinese politicians have flown down to Bangkok to meet with high level Thai officials, including Her Royal Highness Princess Maha Chakri Sirindhorn, to exchange gifts and promises and Thai officials have done the same. There’s talk of railways and tourism and culture.

And by culture they mean fighting.

There have been several martial arts competitions over the last year involving Thai and Chinese competitors, most notably a June 6th bout between Liu Yi Long and Buakaw Banchamek. Poor Yi Long. Every time a foreign martial arts delegation comes to China, the Wulinfeng fight promotion brings him out to do battle and represent the nation. He did pretty well against Buakaw in the first few minutes, but after taking knees and teeps to the belly for two rounds, Yi Long just clinched and waited for the fight to end. Buakaw took the decision in sloppy affair.

This coming Saturday, Zhengzhou in Henan Province (home to Shaolin) will host another Muay Thai competition. This one will have the abbot of the Shaolin Temple, Shi Yongxin, in attendance, along with the head of the World Muay Thai Council (WMTC), General Chetta Thanajaro. The temple had reached out to the WMTC, along with Henan Provincial Television and the Wulinfeng promotion, to get advice on how to set up a weekly Muay Thai event for television. The Chinese want to copy the Thai Fights on ThaiTV3 model and use the cooperation to improve Chinese fighters and infuse a bit of Thai martial prowess into the Chinese scene.

The event is an important one, because this is the first time the Shaolin Temple has come out and publicly supported Muay Thai. There are boxing and wrestling coaches in schools near the temple, as well as a bit of BJJ. But there are rarely jointly sponsored martial arts events that feature a different style—in this case Muay Thai and not Shaolin kungfu.

“Shi Yongxin seems like he’s very much the businessman,” said Alex Etkin, who is a liaison between the WMTC and the Chinese side represented by the temple, Henan Provincial Television, and Wulinfeng. “He’s very interested in promoting Shaolin abroad and establishing relationships with other martial arts. He’s interested in MMA, he’s interested in BJJ. It’s only natural that he wants to work with Muay Thai. 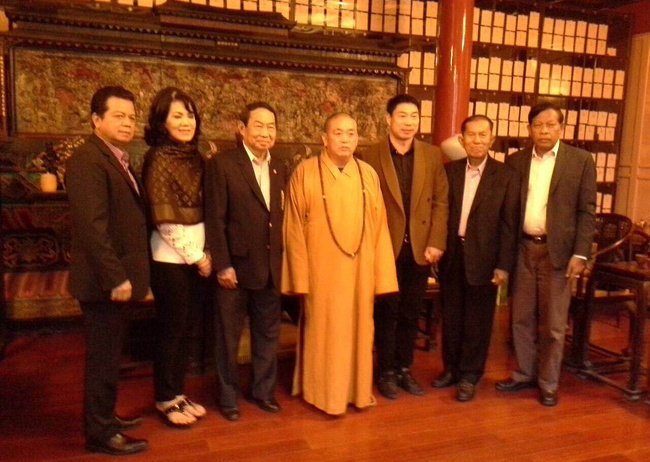 Abbot Shi Yongxin with General Thanajaro on his right and Henan TV executive on his left.

The WMTC and the Chinese National Wushu Association signed a memorandum of understanding back in 2011. Since then, hundreds of fighters from both nations have crossed the border to train and fight competitively in regional and nationally televised events. Muay Thai has spread all over the world, a phenomenon that began in the late 1970s and 80s, similar to many other Asian martial arts, but unlike kung fu for example, Muay Thai has managed to keep growing in popularity.

The Shaolin monks naturally want to figure out why. Watching the martial art on display is the only way they’ll do that.

The event has been in the works for some time now, beginning when General Thanajaro visited the Shaolin Temple last year. There is a lot the Chinese want to learn from the Thai and vice versa. The General is not only the head of the WMTC, but he was also once a Defense Minister and he led the 2002 Muay Thai Olympic delegation to Sydney. They were unsuccessful in getting Muay Thai into the Olympics, and they share that failure with the Chinese, who have been unable to get wushu or any derivative thereof into the Olympics either.

A key person in attendance is legendary promoter Songchai Ratanasuban, He has been an integral part of Muay Thai’s international expansion for decades now, and he also puts on great events. The General and the Promoter are not the types of gents to organize a night of Muay Thai for show only. The Chinese fight game has a reputation for being particularly shady and nothing reduces shade as much as a night of good, fair fights.

That’s the plan for Saturday, when a group of Chinese Muay Thai fighters face off with the Thai contingent. Big names will be watching. Success could mean a regular Muay Thai show televised across China and a deeper, stronger relationship between the Shaolin Temple and the World Muay Thai Council: A Kung Fu-Muay Thai alliance ... it’s about time.