The Many Generations of Lookboonmee 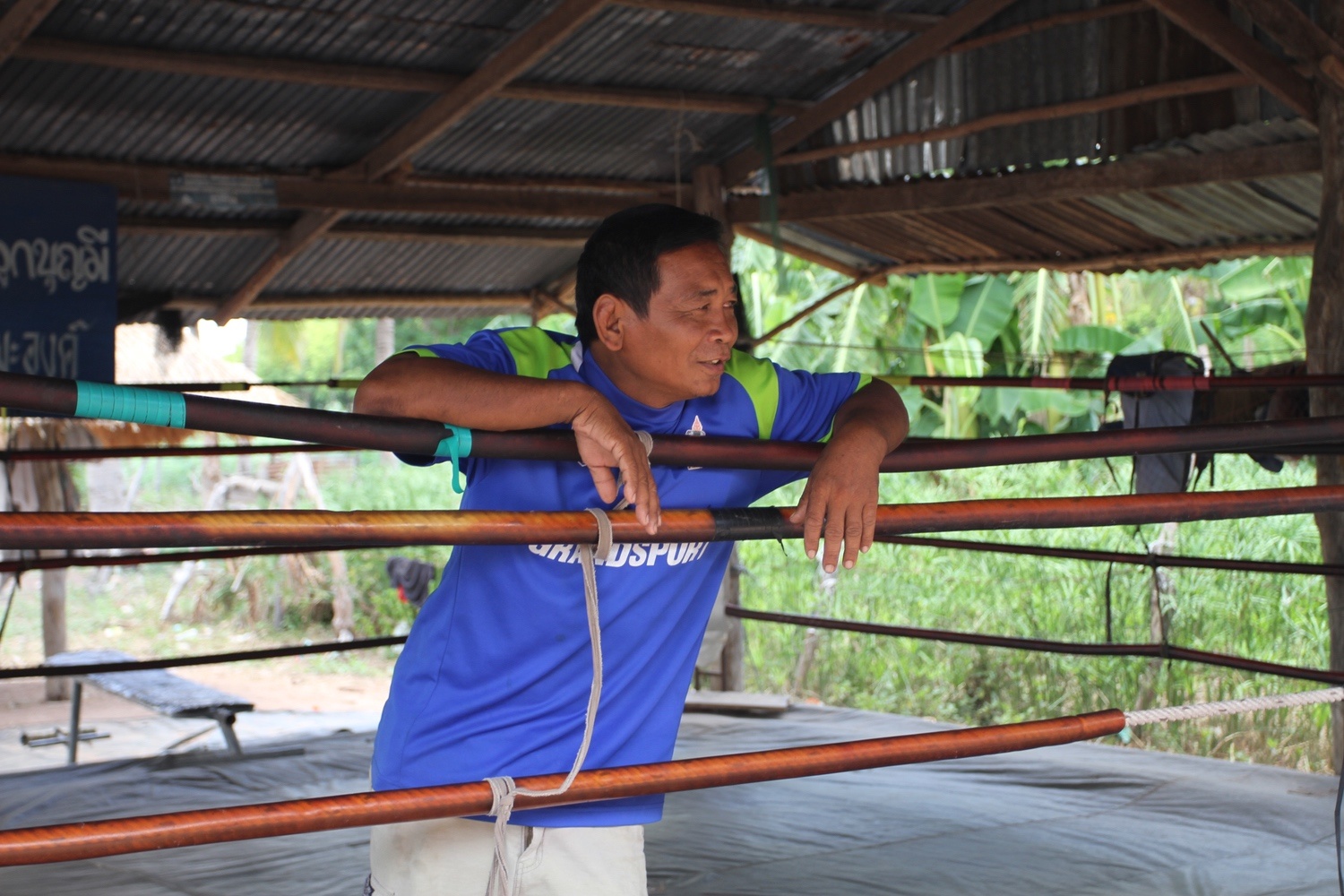 The name Lookboonmee literally translates as “Children of Boonmee.”  Boonmee, known simply as Mee, is the owner, founder, and head trainer of the gym. Here, his students do not call him Arjan, or Kru but instead, Dad. It’s one big family bounded together by Muay Thai. It was the late nights, long drives, huge disappointments, and even bigger victories that forged these bonds over more than a decade of fighting together.

Three local boys, and Mee’s two young daughters were all it took to start the gym. Like most gyms in Isaan, they trained in the dirt without a roof and hung a homemade bag from a tree. Over time they eventually built a modest gym, and despite what some may call a sub-par facilities, it was Mee’s grit and dedication to his fighters that mandated their success. The gym was always a group effort. Living on his in-law’s land, Mee had their full support. His wife worked locally at a small sewing factory and together with her income, and money earned through farming, Mee was able to support and care for his fighters. Food was sourced locally, including everything from frog, rat, and even crickets. Fish soup was a staple, and rice was harvested by the family. 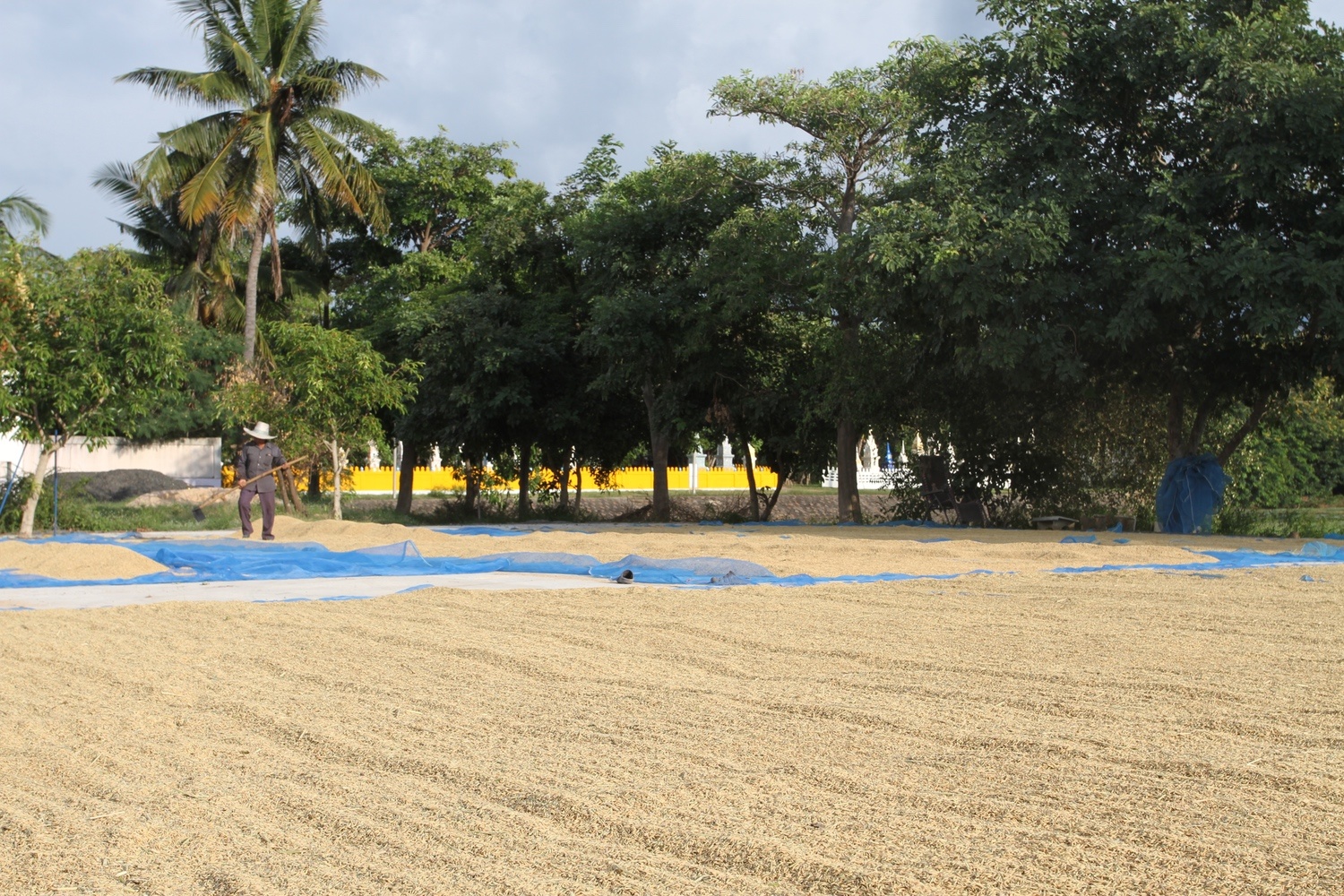 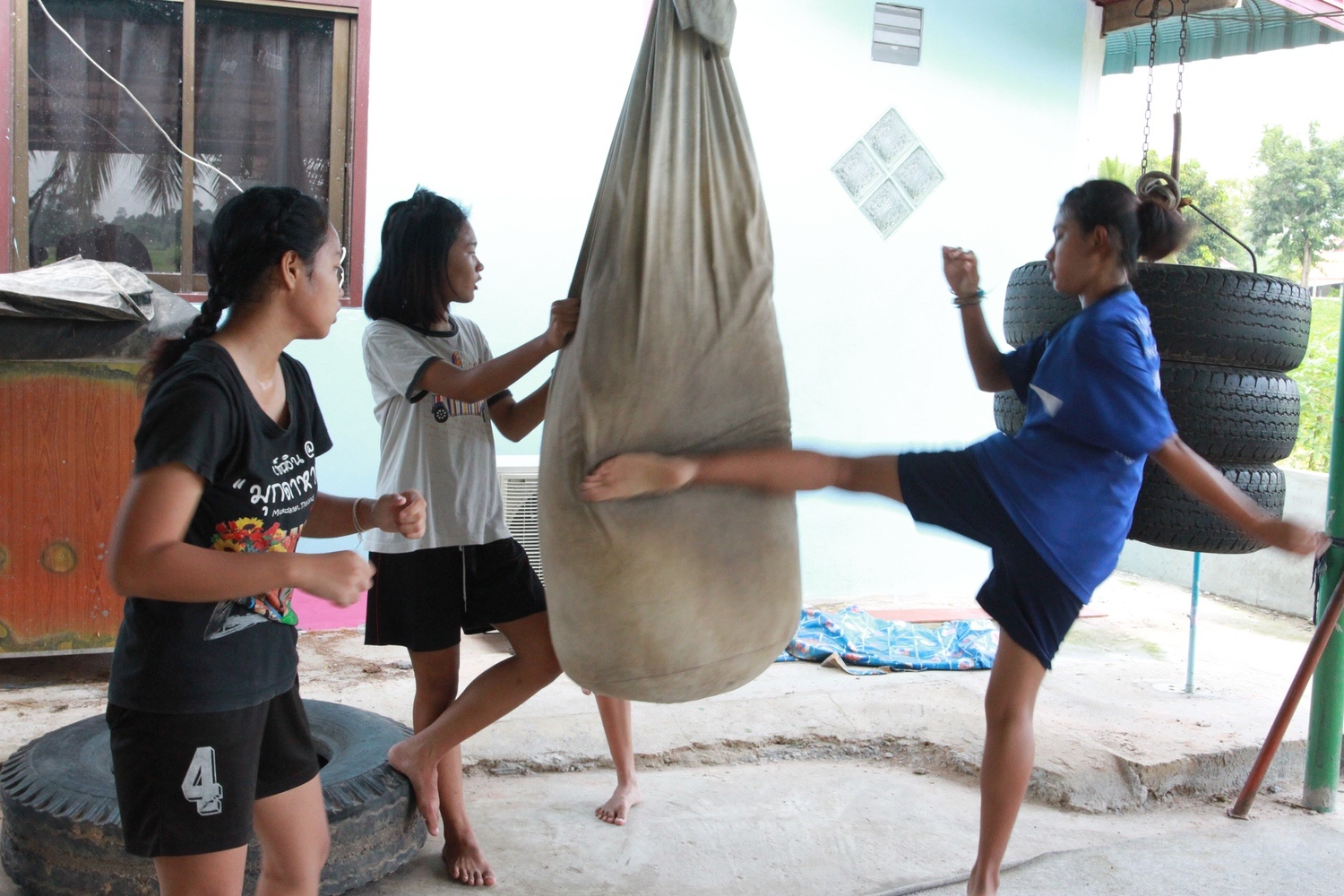 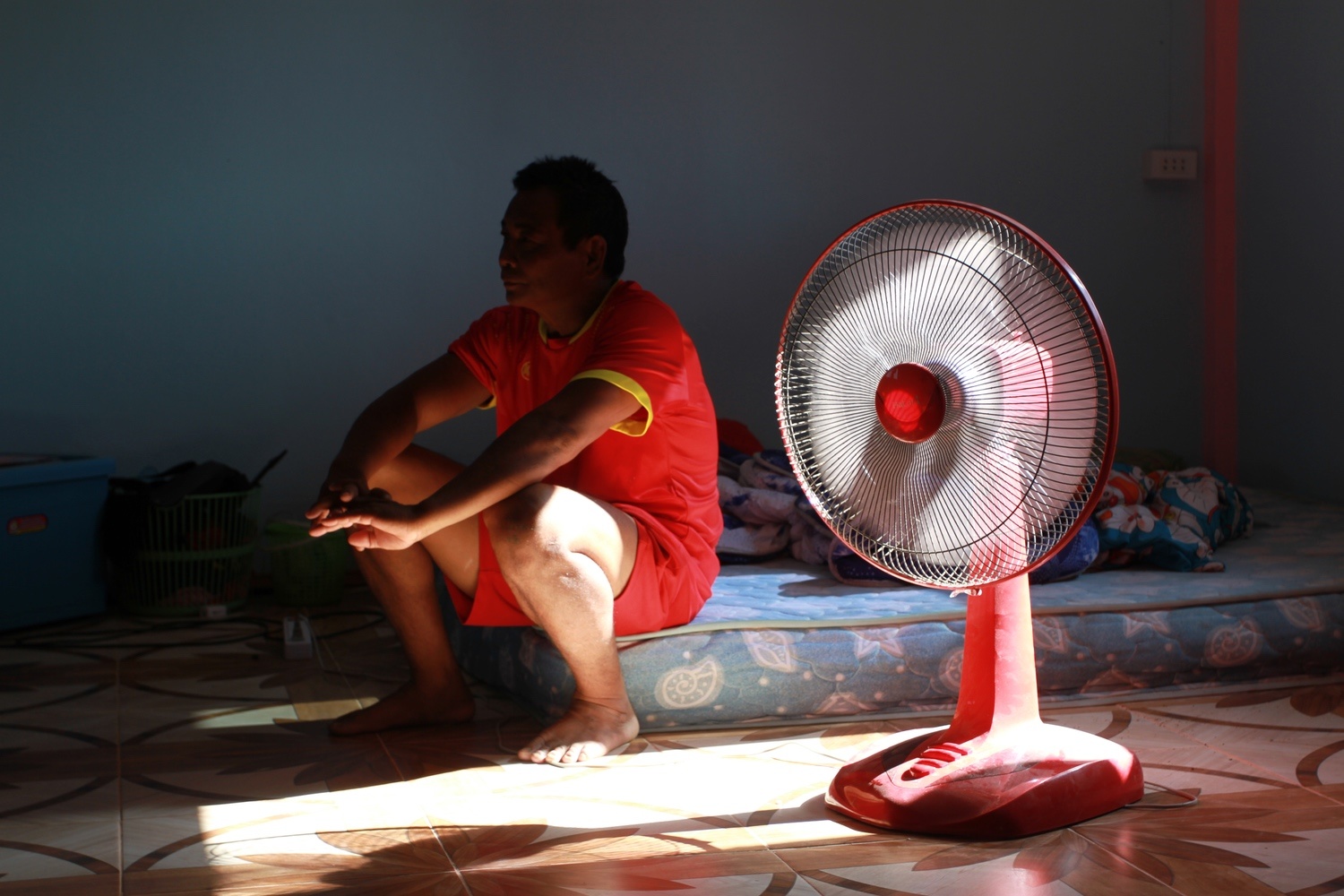 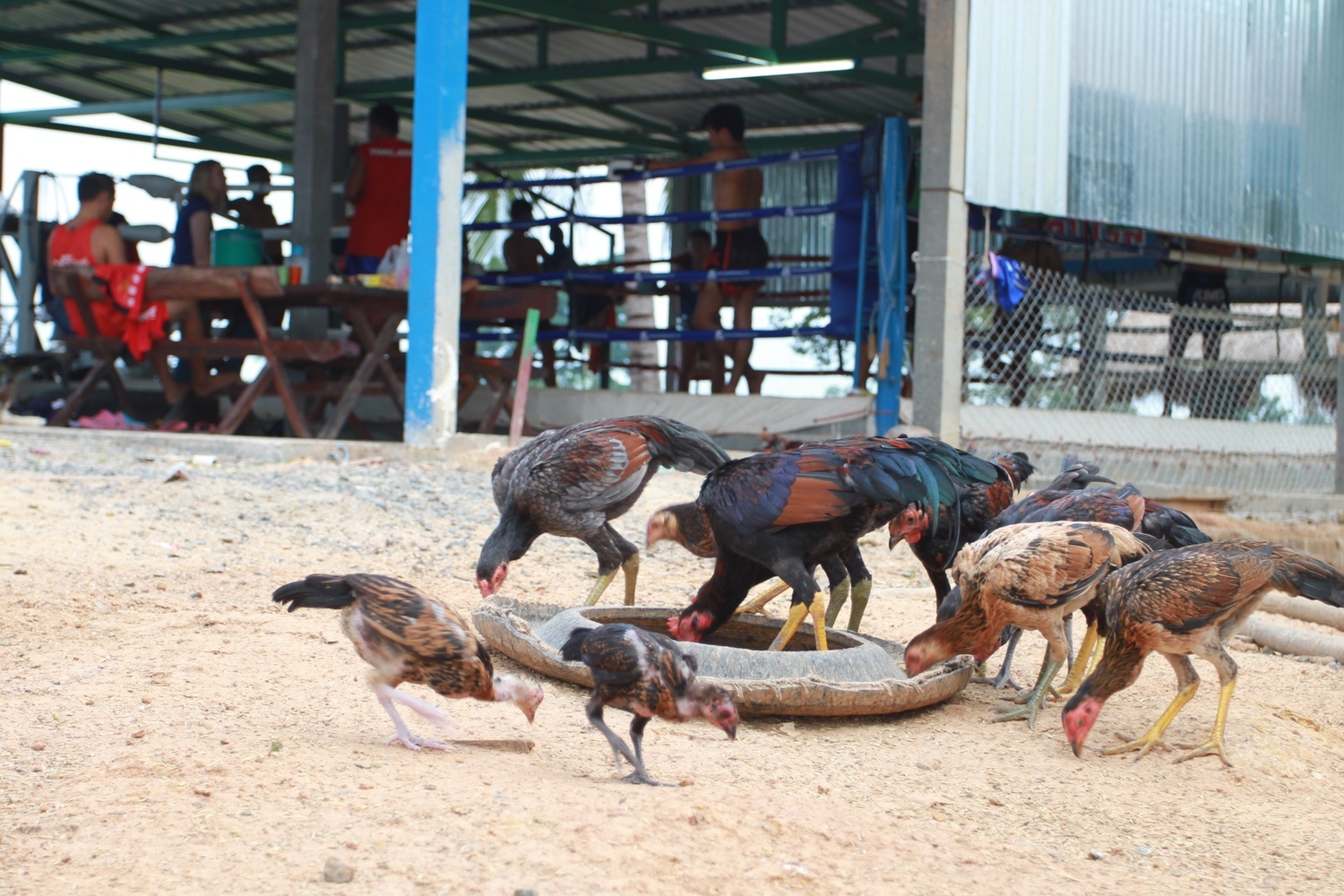 Together with his fighters they travelled all throughout Isaan, fighting multiple times in a week when scheduling permitted. He built contacts and picked up new fighters. His gym never seemed to slow, always growing organically. With the exception of the local fighters, everyone from out of town slept in the old house. Instead of bedrooms and beds, mats were put out and everyone would sleep on the floor in one big open space. For many years it continued this way. Mee, laughs at all the money he invested feeding the fighters and taking them to fights. To call it a labor of love was an understatement. Muay Thai is Mee’s life. Now nearly fifteen years in, the investment of his own personal time and resources are beginning to pay off.

His daughter Loma, who was famous for fighting (and beating) young boys in Isaan for large side bets, was recruited to the Thai National Team. While her international, and domestic fight purses are still very low for a fighter of her caliber, she was awarded 800,000 Baht for her silver medal finish at this years IFMAs. Petch-Mai, who is now newly retired and working as a trainer in China, once demanded a regular purse of 80,000 Baht in Bangkok. And his current rising star Sidluck will be fighting for 1 million Baht later this year. He is a finalist in the prestigious Channel 7 Boon Sua Tournament. 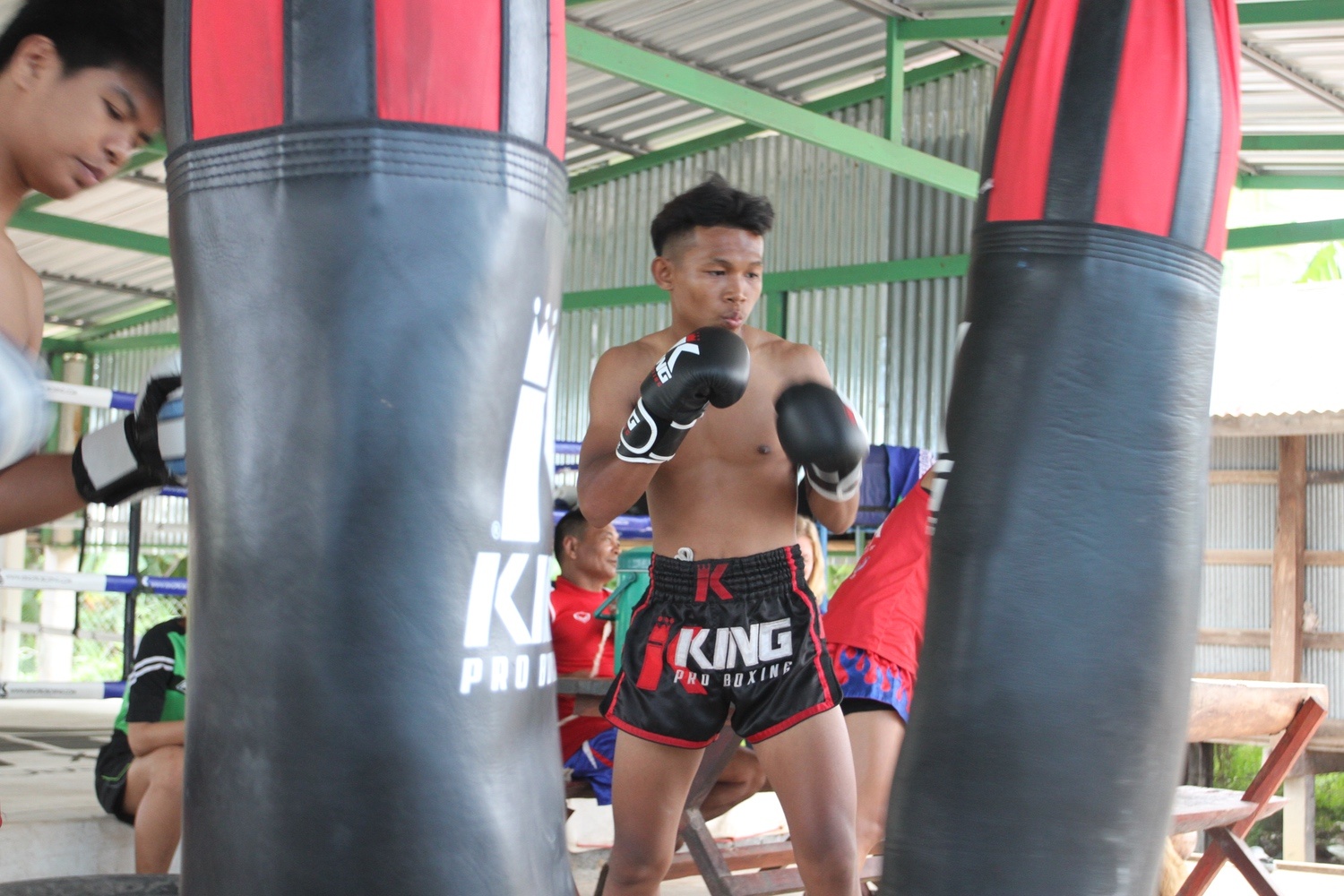 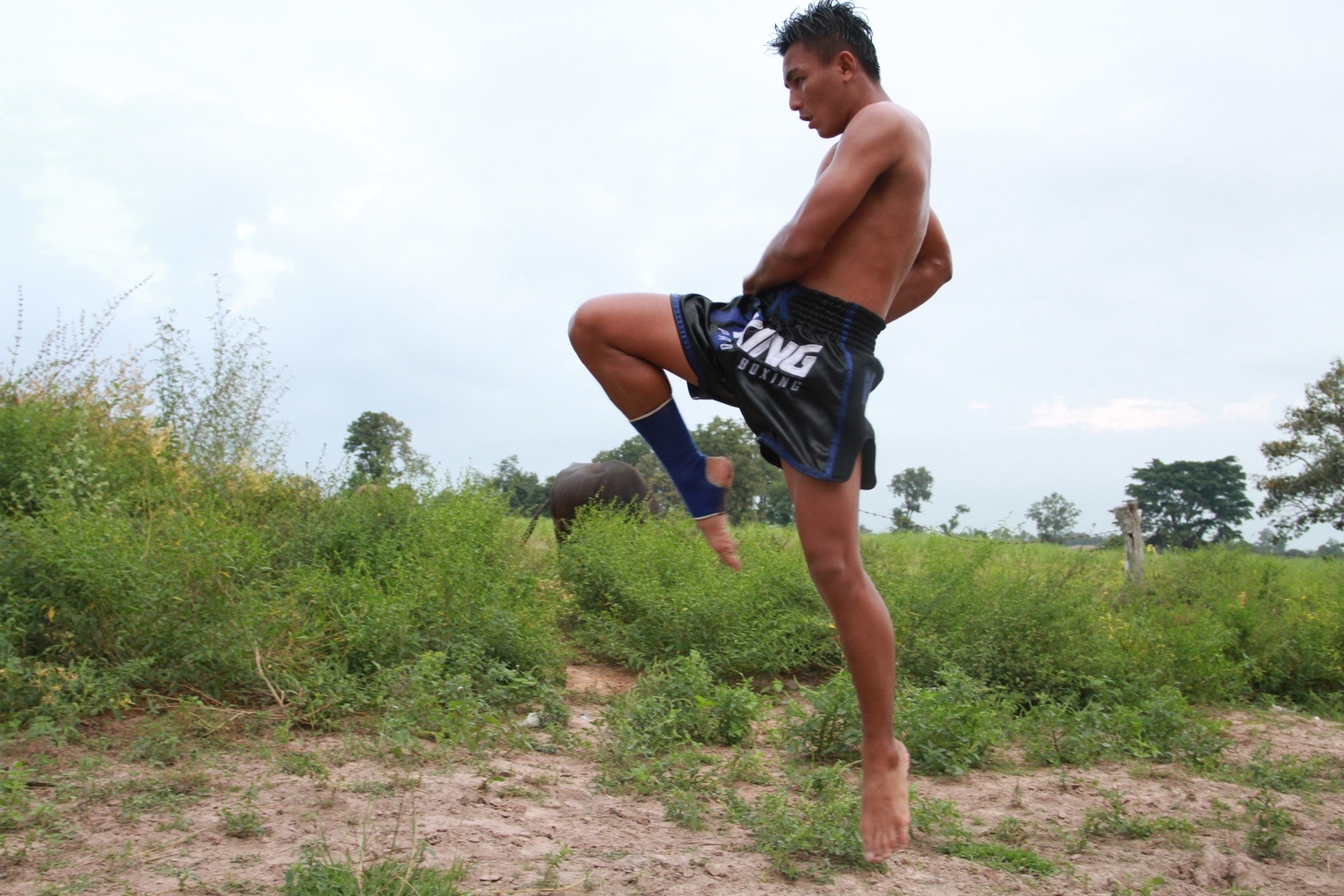 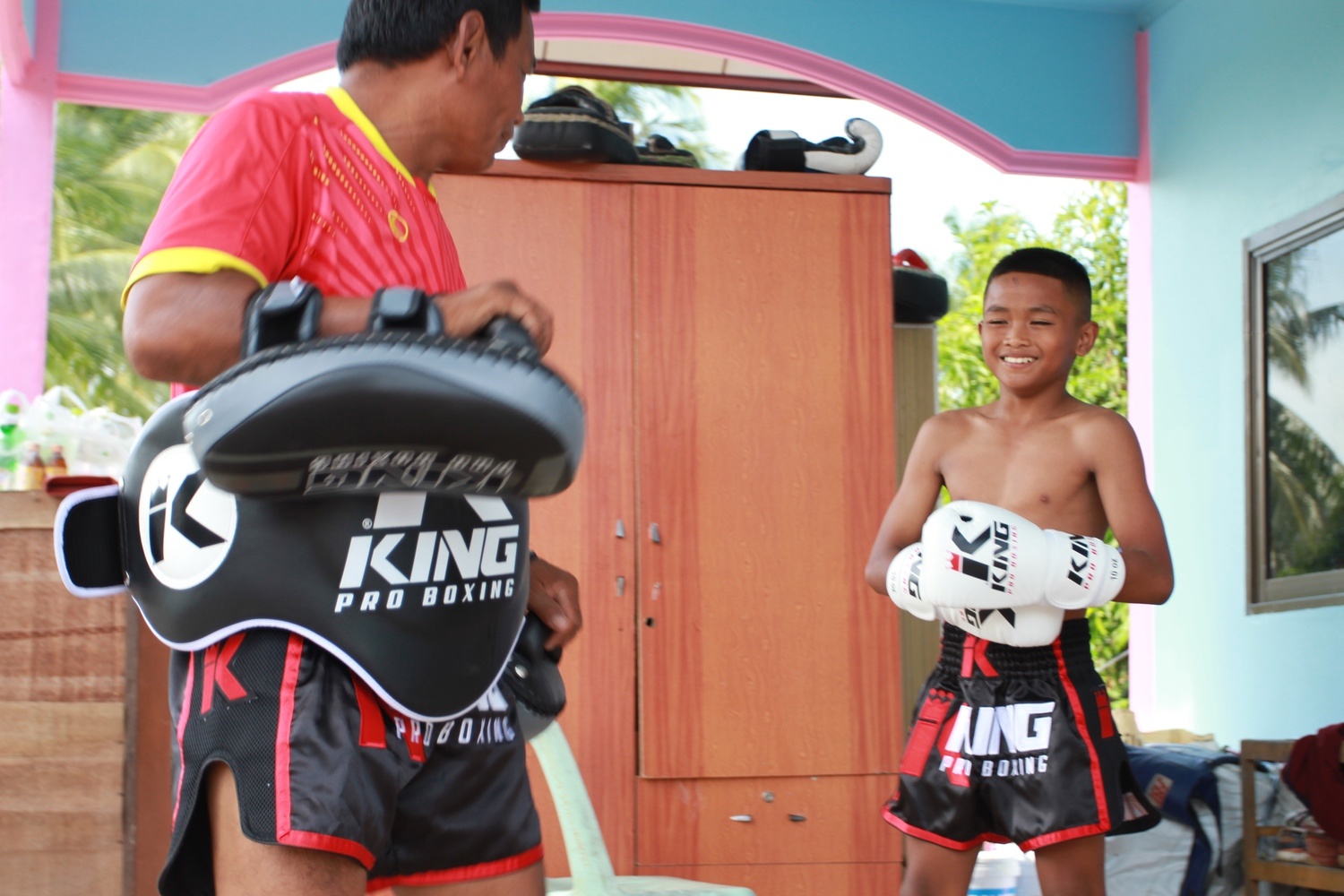 But it took more than talent and hard work for Mee’s fighters to make it in the Bangkok stadia. Support from at least a few prominent gamblers and promoters is essential. Police officer, promoter at Lumpini Stadium, and active gambler, Suthap Poompanmoung has taken an interest in Lookboonmee gym. He regularly features their fighters on his promotion, and offers them large tip outs to win. In exchange for his support a few of the fighters fight under his name. Sidluck, who fights under the name Dagulf Poompanmoung, received 100,000 Baht from Suthap for winning his most recent fight at Channel 7 and secured himself a shot at first place in the Boon Sua Tournament. Because of this, the name Lookboonmee isn’t as well known as it should be.

Their impressive stable of active fighters, and commitment to continue to build and develop young talent caught the eye of newly branded company King Pro Boxing (formerly known as King). They helped Lookboonmee build a standardized ring and completely outfitted their gym with brand new equipment. Looking to invest long term, they are helping the gym create a stronger presence on social media and scout fighters for their promotions in Europe. Mee is one hundred percent on board. Their interest and support of his gym has enlisted a sense of pride amongst Mee and his fighters. Located in what some might describe as the middle of nowhere, it’s considered a major accomplishment for this gym reach an international level of attention. 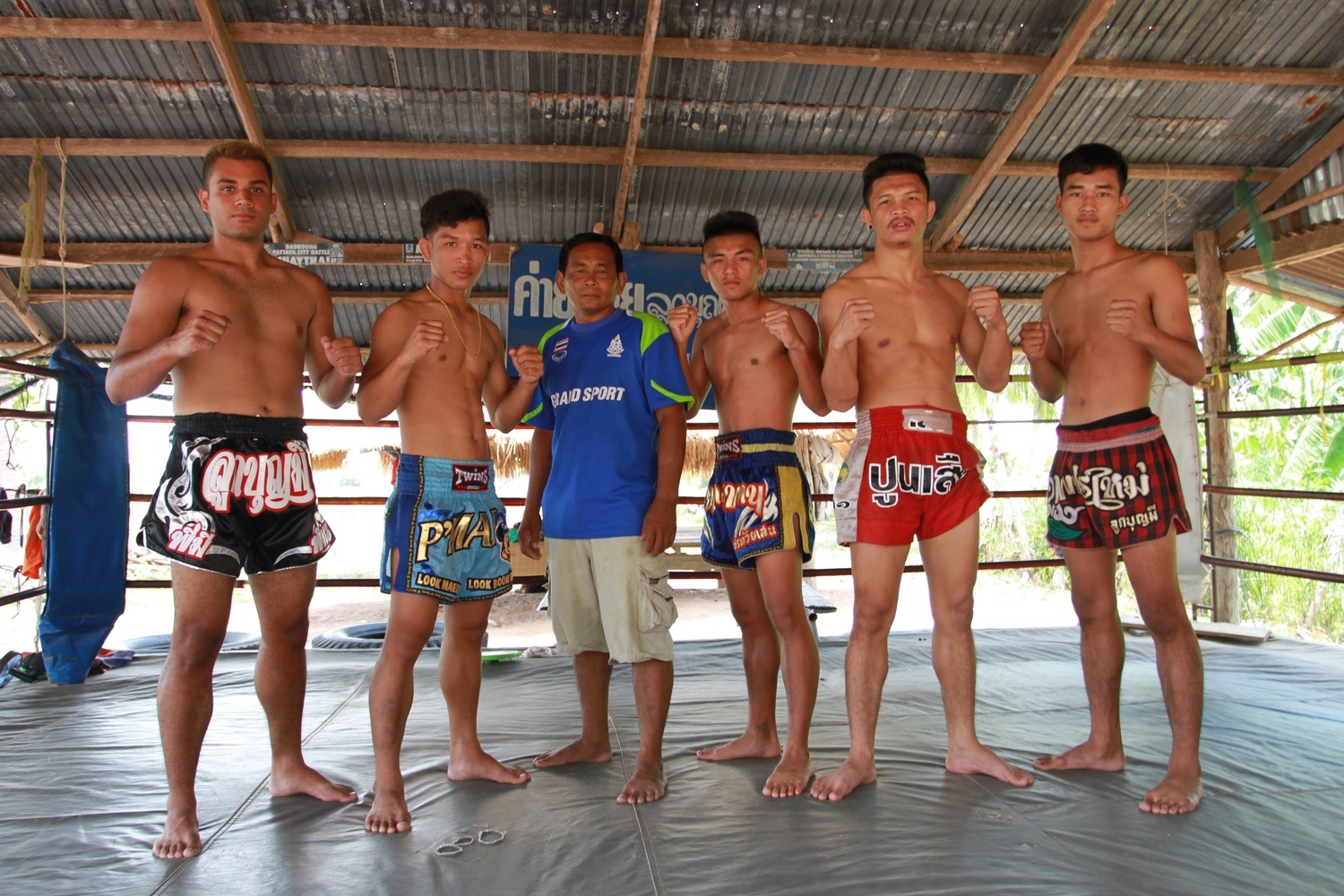 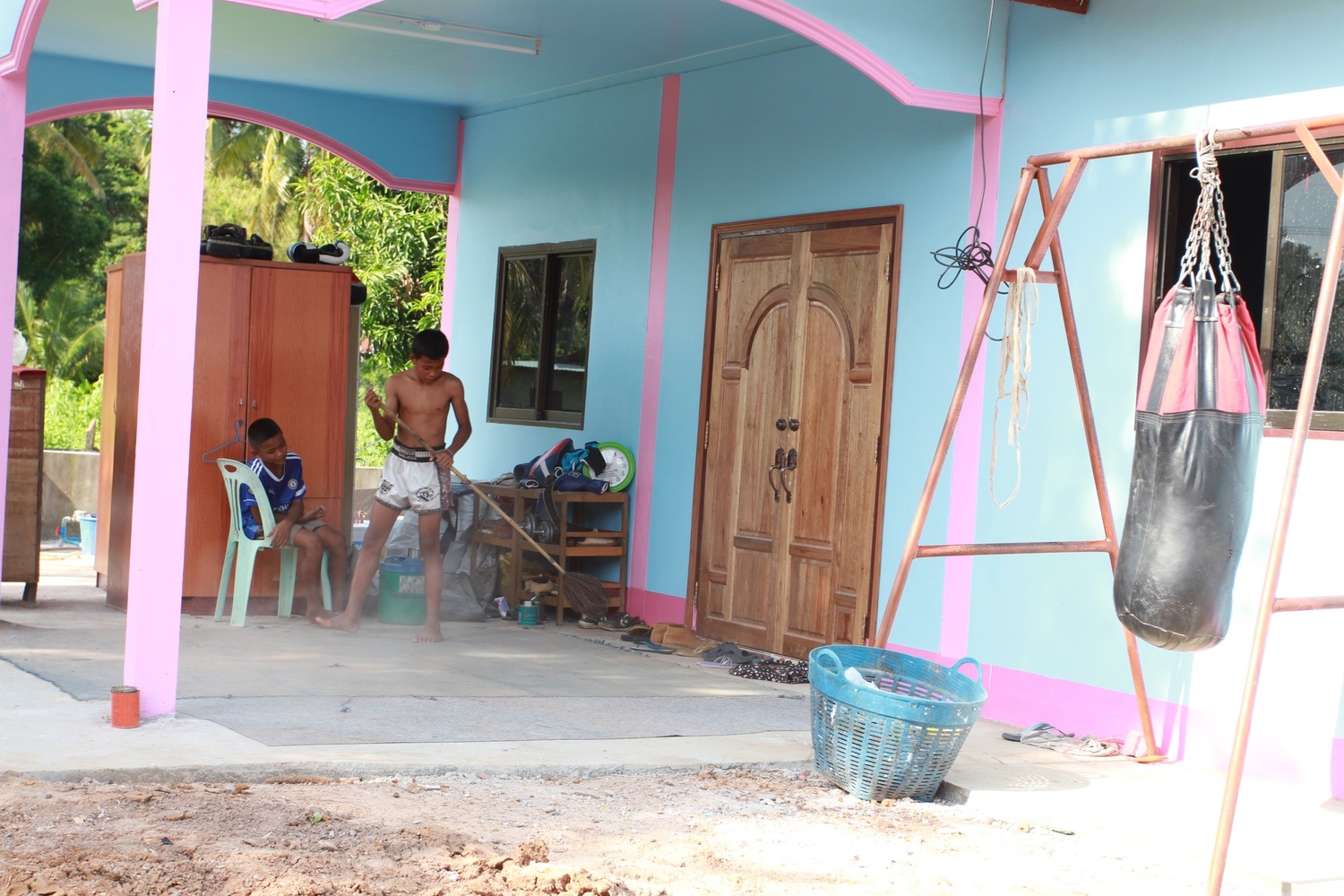 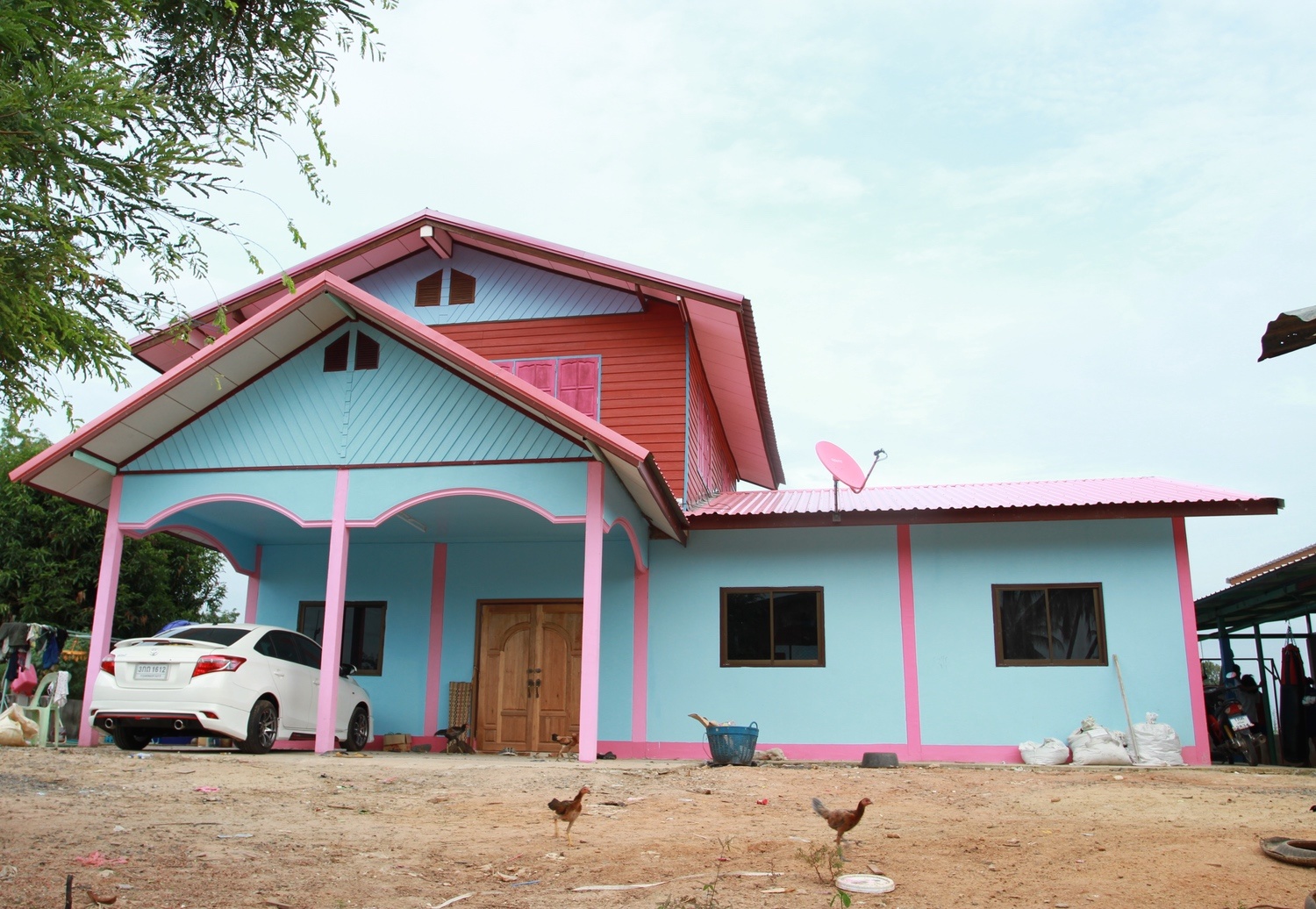 With winnings divided equally between the fighters and the camp Mee was able to build a second house to host his ever growing fight team. Earlier this year their old gym was completely demolished to build a brand new one. All fighters are taught to help out and be self-sufficient. They must cook and clean up after themselves, and are all expected to hold pads and teach the new fighters. Manners are very important at Lookboonmee, and Mee requires all his fighters to speak and treat others with the utmost respect. It’s somewhat rare for a grassroots gym to be able to survive this long, many are only able to produce one or two generations of fighters but Mee seems to have the system perfected. On any given day the gym is filled with both active stadium fighters and young kids training for their first fight.

Across the Mekong: The Life and Times of Master Song

Against the Odds: Bpaet Becomes a Muay Thai Fighter