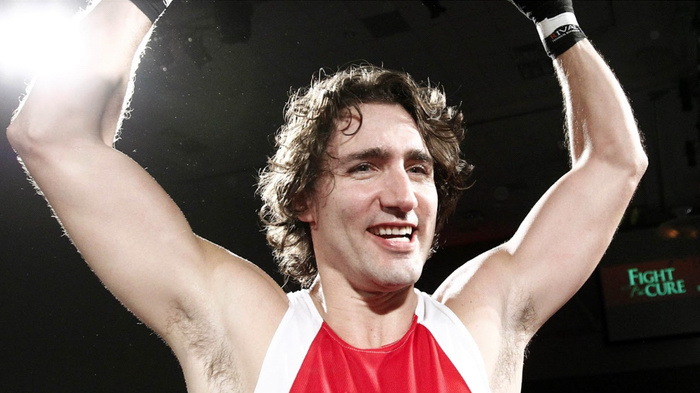 On March 31, 2012, a Canadian MP (member of parliament) and senator faced off in a charity boxing match in the nation’s capital of Ottawa, Ontario.

The senator, Conservative Patrick Brazeau, was a three-to-one favorite going into the ostensibly friendly match. He was a former reservist in the Canadian Forces and had a strong martial arts background. Although he was relatively respectful in the barbs he traded back and forth with his political and pugilistic opponent before the fight, his fellow Conservatives were not nearly so restrained. Brazeau wouldn’t just beat the pampered, sissy MP, they speculated, he might actually injure him.

Even the Liberal MP is question, Justin Trudeau, seemed to think that he was a bit of an underdog. Or at least he was content to play the part in the weeks leading up to the bout. Although he had a martial arts background of his own, having taken judo with his father, former prime minister Pierre Trudeau (and seems to have maintained a basic knowledge of break falls from the experience), and had been boxing on and off since his twenties, the young politician was quick to play down his skills and experience.

The Ottawa Citizen’s Andrew Potter praised the performance of both men in a column that was published the following Monday. “In his victory scrum after the fight Trudeau was almost pitch-perfect in his magnanimity, downplaying the significance of his upset and giving credit to Brazeau for being able to hit ‘like a Mack truck.’ For his part, Brazeau quickly overcame any sense of humiliation and found the right tone of humility and respect,” he wrote. “The upshot is that by the time the night was through, the MP and the Senator had demonstrated more courage, sportsmanship, mutual respect, and yes, honor, than most of their colleagues will in their entire careers in parliament. These are not just the virtues of the ring, they are the generic virtues of leadership.”

Potter went on to speculate: “Will either Justin Trudeau or Patrick Brazeau go on to lead their respective party? Might either someday become prime minister? Who knows. But if either man does go on to become more than he presently is, they will say that it all really started in a boxing ring, on a Saturday night in a hotel ballroom, in Ottawa’s east end.”

A year later, Trudeau was elected the new leader of the Liberal party.

Yesterday, as Canadians headed to the polls to vote in one of the most divisive elections in the country’s history, the Ottawa Citizen republished that story. By the evening, Potter had been proven right. Justin Trudeau’s Liberals had won a majority government, defeating the long-ruling Conservatives and making Trudeau the next prime minister of Canada. And that boxing match may actually have helped to get him there. 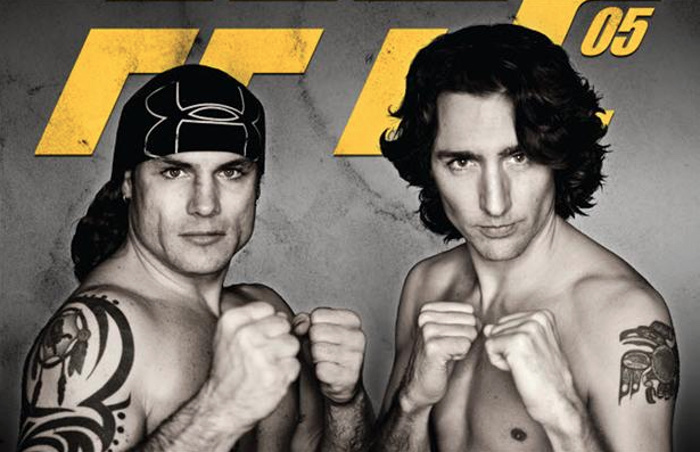 According to an analysis of more than 200 English-language newspaper articles published before and after the fight conducted by Elise Maiolino, a PhD candidate in sociology at the University of Toronto and published in the Canadian Review of Sociology in May 2015, that match almost single-handedly transformed Trudeau’s image in the media.

“Before he beat Conservative Senator Patrick Brazeau in a 2012 charity boxing match, the underdog Trudeau was widely viewed by journalists as a ‘reed thin, pedigreed Dauphin,’ a pretty-boy lightweight who lacked the gravitas for leadership in the political arena,” Peter Boisseau writes in a U of T feature on Maiolino’s research. “After the fight, he became a man lauded for his ‘toughness, strength, honor and courage’ who vaulted into the leadership of the Liberal Party of Canada and became a legitimate contender to win the next federal election.”

Whether intentionally trying to play up his victory or just eager to stay in verbal and physical sparring shape, Trudeau started boxing again during his campaign, showing up for a light boxing session and photo op at a Toronto gym before the first election debate in August. The hand wraps he wore for that workout, a gift from a boxer and gym owner in Brandon, Manitoba, caused a bit of a sensation there. He stepped back into the ring in September for a few rounds with Ali Nestor, the coach who helped him prepare for his fight against Brazeau, before the French language debate.

In proving that “a Liberal can take a punch,” as Trudeau himself put it after his 2012 match, Maiolino’s study suggested that he “not only restored his own identity but pulled a party that seemed down and out off the canvas and back on its feet.”

And last night he helped them knock out the Conservatives even more definitively than he did on that Saturday night in Ottawa.