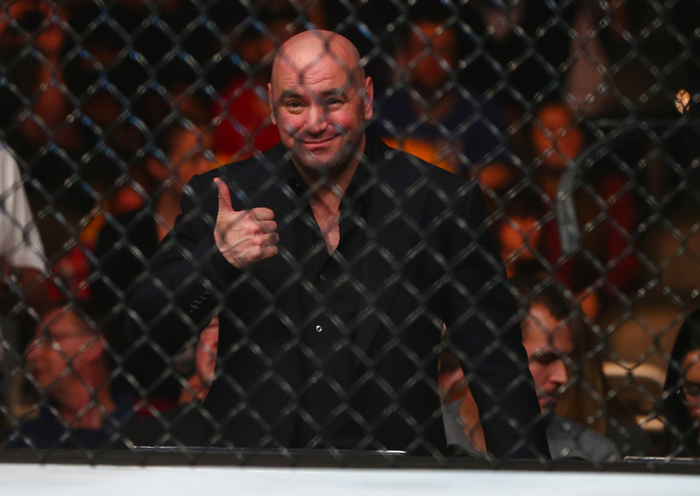 On Monday morning, the UFC’s long-rumored sale was finally confirmed. The deal will see Zuffa, the promotion’s long-time parent company, hand the reins to the William Morris Endeavor and International Management Group (WME-IMG) for a reported price tag of $4 billion.

At this early juncture, it’s unclear how the UFC’s changing hands will affect its product, the treatment of its fighters, or the careers of non-fighter personalities like commentator Joe Rogan. What is quickly becoming clear, however, is how this mammoth deal will affect UFC president Dana White.

When rumors of a UFC sale first burbled to the surface many weeks ago, there followed a widespread wonder as to what it would all mean for White. If 100% of the company was to be sold for more than $4 billion, as initially reported by FloCombat’s Jeremy Botter, White’s 9% stake would see him earn something in the area of $360 million. Given the size of this payday, it was easy to imagine the long-time UFC president driving off into the Nevada sunset with a back seat full of cash.

As it turns out, however, White will be sticking around, and the UFC’s new owners are making it well worth his while.

According to ESPN’s Darren Rovell, White’s new contract will see him remain in the UFC vanguard for an additional five years. During this time, he’ll receive 9% of the company’s net profits, which of course gives him plenty of incentive to expand those profits as much as possible—incentive that would not exist were he paid a consistent salary.

“Figuring out what the business actually nets after all expenses is an inexact science, but based on a ballpark estimate of what other entertainment businesses net after costs, the UFC bottom line could be in the $200 million range. That would make White's yearly take to start about $18 million on top of his cash out.”

Needless to say, this deal is good news for the UFC president.

Opinions on White, whose profanity-laden bromides and broken promises have alienated plenty of fans, have long been divided. His role in transforming the UFC from a shocking spectacle to a legitimate and lucrative sport, however, cannot be denied. Truly, without him, the UFC, nor the larger sport of MMA would be where it is today. His new deal shows that the UFC’s new owners are keenly aware of this fact. It’s a testament to all that he’s already accomplished, and a clear indication that the organization’s new decision-makers are confident he’ll accomplish much, much more.