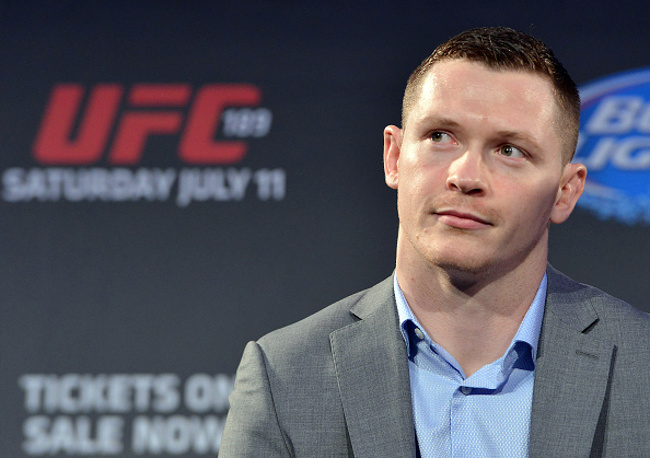 Joseph Duffy sits in a small conference room in the Gibson Hotel in Dublin. Through the full-length windows behind him the 3 Arena dominates the foreground, a stage he will take to on October 24 when he headlines the UFC’s return to the Irish capital against Dustin Poirier. Further in the background, the 55,000 seat Aviva Stadium stands from beyond the river Liffey—one of the two stadiums along with Croke Park that have been thrown about for a possible UFC event in Ireland next year.

In a time of outspoken personalities in the sport, ‘Irish Joe’ has been a perfect tonic. He is almost gracious to a fault before and after he competes, he rarely utters another fighter’s name and you will never hear him reveling in his success. Although it could be the various traditional martial arts he pursued from his childhood that makes him so gracious, Duffy seems more worried about the wrath of his mother if she ever hears him using the colorful language that has nearly become commonplace in some UFC promos.

“This is just who I am. What you see is what you get. I don’t have to change a lot to do this media stuff, I just go about my business as I am and do my own thing. I think half of it is down to my traditional martial arts up bringing, but I think my mother would give me the back of her hand if she heard me being a bit cheeky or anything like that,” laughs the Irish lightweight.

It’s not just the personality of Duffy that sticks out either. He has a very individual style with his intricate head movement and plenty of footwork—hallmarks of the two years he spent as a professional boxer. Having clocked up a 7-0 record, he returned to the sport in August 2014 under the Cage Warriors banner. Now, 11 months later and two fights into his UFC career, he will headline a card in his home country.

In other cases it might be too early after just two fights to thrust someone into such a high-stake bout, but the way Duffy has gone about his business has been exemplary. It’s always about the fight for ‘Irish Joe’. After pugilistic assault on Jake Lindsey’s body to claim a first round TKO in his Dallas debut in March, the Donegal man submitted Brazilian jiu jitsu black belt as soon as their bout hit the ground earlier this month in Glasgow.

“I suppose these main event slots are what we are working towards, but it’s pretty spectacular this has happened so quickly. I really didn’t think it would be this fast. To be honest, I expected to co-main event coming off the win in Glasgow. That wouldn’t have surprised me, but I’m delighted to be the main event.

“It’s crazy to think I’ll be in that arena,” he says pointing back to the building behind him, “but you kind of have to believe that you’re going to be in these situations. I just didn’t expect it to be this quick.” 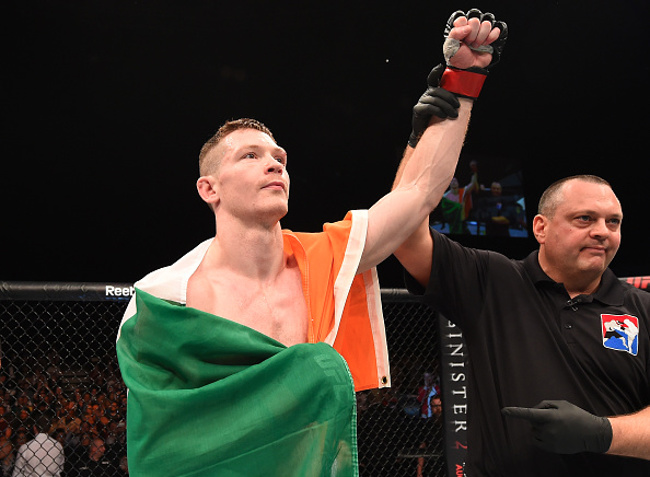 Dustin Poirier will be vying for revenge on the Irish fans after they visibly got under his skin ahead of his meeting with ‘The Notorious’ Conor McGregor last September.

“(The Irish fans) definitely are passionate about their guys, and I don’t know if Twitter has a limit of blocks you can do, but I’ve got to be close to it,” Poirier told Ariel Helwani on The MMA Hour last year. “Because man, I’ve been getting so many hate messages and this and that, and that’s cool. Build him up. It’s going to be that much sweeter when I stand over him.”

As far as the matchup is concerned, a bout that will pit Duffy against his first ranked UFC opponent, the Irishman is excited about the step up in opposition. To add to that, he knows that Poirier will struggle to find sparring partners to mimic his unorthodox style.

“It’s definitely going to be difficult for these guys to figure out my style. There are not a lot of guys that have taken the time out to pursue boxing. I’ve taken two years out to fight in professional boxing.

“The style I use is slightly different than what these guys are used to, so I think Dustin Poirier is going to struggle to find someone with that same experience. Another thing I think he will struggle with is having someone in front of him that is not going to rehearse combinations. Every time I’m in there I’m reacting to the situation, whatever gaps he gives me are the ones that I’m going to take.

“The thing with head movement is, a lot of people haven’t been shown any different. Maybe they don’t have the confidence to pull it off having not been shown it before. I’ve spent a lot of time drilling this stuff when I was boxing and I think them basics are the key. If someone can’t hit you, they’re in for a long night,” explains Duffy.

In Poirier, Duffy could have an opponent that will introduce him to the top of the lightweight division should he take a win. The American has looked amazing since moving back up to 155, claiming two first round knockouts, and against the number 15 ranked lightweight in the world Duffy wants to show that he is one of the best fighters on the planet with a victory in Dublin.

“His experience is a big factor, he’s fought big fights and he’s dangerous. He’s got knockout power and he’s got skills on the ground. He’s a good fighter, he’s a ranked fighter, but so am I. I’ve been fighting my whole life and this is what we’ve been working towards. I want to face the top guys so I can show everyone that I am one of the best in the world.

“When you look at the top 20 of the lightweight rankings, any of the guys could beat each other on any given day. If I beat Dustin in the same kind of fashion that I beat my other opponents, I don’t think I’ll have much of a choice, UFC are going to want me to be in these big fights.”

A victory in Dublin will definitely bolster Duffy’s stock again. Although his previous win over Conor McGregor has helped and somewhat hindered him thus far in his UFC career, if ‘The Notorious’ beats Jose Aldo to unify the titles, who wouldn’t be excited to see the great Irish rematch headline a stadium show on the Emerald Isle in 2016?

Joseph Duffy Is Forging His Own Path With UFC