The Restlessness of the (Martial) Artist 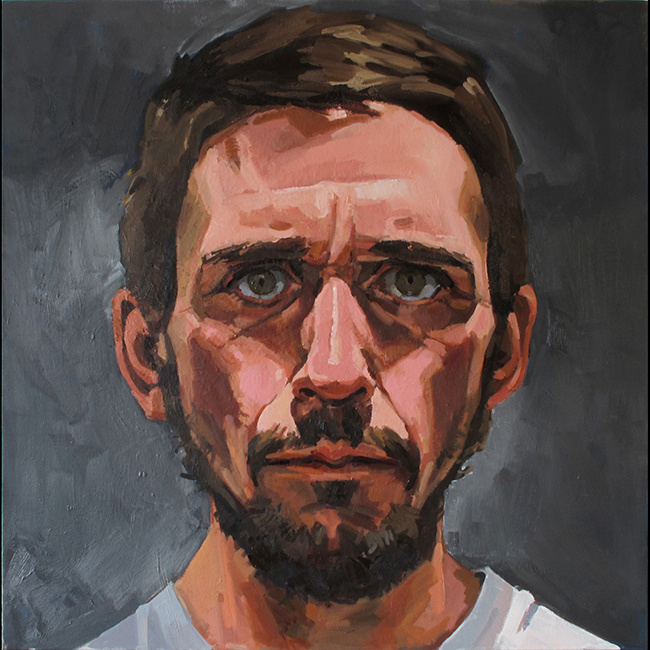 The first time I partnered with Aaron Hauck in a Muay Thai class, I held my breath for nearly the entire duration of the two-minute set. He cycled through sequences of punches at a more rapid speed than anyone else in the class, yet each one landed on the pad with a consistent strength that gradually pushed me backwards until I slammed against the wall. His ferocity and concentration intimidated and fascinated me at the same time.

Many fighters project their personality to the world through their ring style. Some kick with a grace and agility that seems to soar, while others throw lumbering punches that resemble shifting monoliths. When I first found out that Hauck is not just a Muay Thai fighter but also a painter, it made sense. Like his fighting style, Hauck’s art is characterized by raw edges, an explosive and swift sense of dynamism, and an intense, dark undercurrent.

By his own admission, Hauck has an addictive personality.

“When I first moved to New York, I would run all the time. I would run seven to 12 miles a day until I was literally on crutches. It’s an addiction to endorphins,” he tells me. Though he was never excited about sports while growing up in Minnesota among a family of Jehovah’s Witnesses, Hauck searched for thrills and stimulating experiences after graduating from the Minneapolis College of Art and Design.

“I was a lunatic,” he says. “I painted in fits and starts, but somehow, I always went back to that. It was how I self-identified.”

Hauck learned about Brazilian jiu-jitsu and Muay Thai the way most stumble onto a new restaurant: His friend wanted to check it out. Immediately, Hauck fell for the sport. “Martial arts are an art form. There’s something beautiful in the movements," he says. "I think painting and Muay Thai look really different on paper, but both are disciplines that you won’t make any money doing, and they take a lot of commitment. I want to say one is much more physical, but actually, painting could be described that way as well."

“I did [an art] lesson last week with this guy, and we sat there for three hours, and I could tell by the end that he was very much anxious to get up and get out of there,” Hauck tells me, describing the run-up to his current exhibition, a group show called City/Dream/Scapes at TNC Gallery in Manhattan’s East Village. “But I can go eight to 10 hours just working in the studio. I’ll tell myself that I’m just going to finish this little thing and then I’m going to take a break, but then I do that for six hours.

“It’s the same with Muay Thai. You have to be right in the moment and totally present with both of them. You can’t think about your future or the failures of your past, or any type of good and bad thing that people dwell on all the time.”

Hauck’s portraits are done with thick, bold strokes that form angular shapes and distinct expressions on the faces of his subjects. One that’s particularly striking is of Kru Brandon Levi, the founder of Evolution Muay Thai, where Hauck trains. With a shot of light that beams across Levi’s face, and energized, powerful streaks of color, Hauck captures the simultaneously fierce and innocent demeanor of his teacher.

Hauck sometimes thinks that he should pick either Muay Thai or painting and stick with it. But both are passions that he’s not ready to surrender. In fact, Hauck is searching for a way to create a series of paintings that will convey the soul of the sport. “I’m sure you’ve seen a bad boxing painting. I don’t want that," he says. "I want to be able to capture Muay Thai in a way that will explain to somebody how it is more than people hitting each other with their fists." 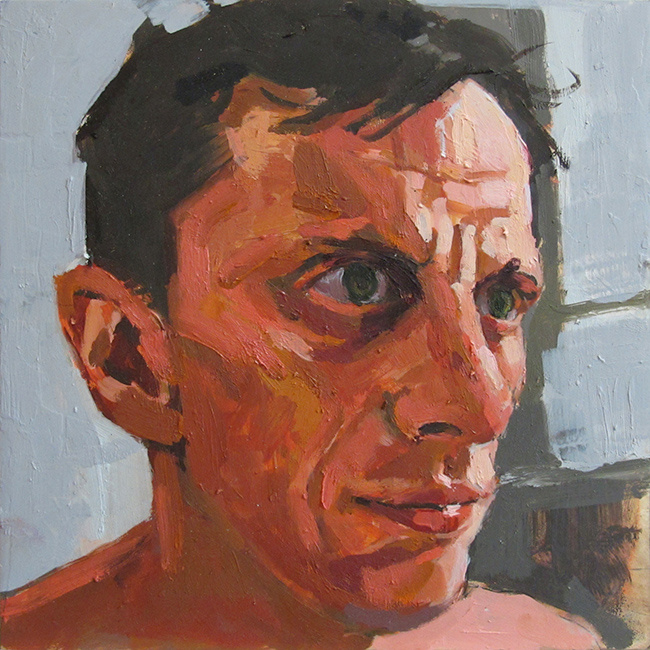