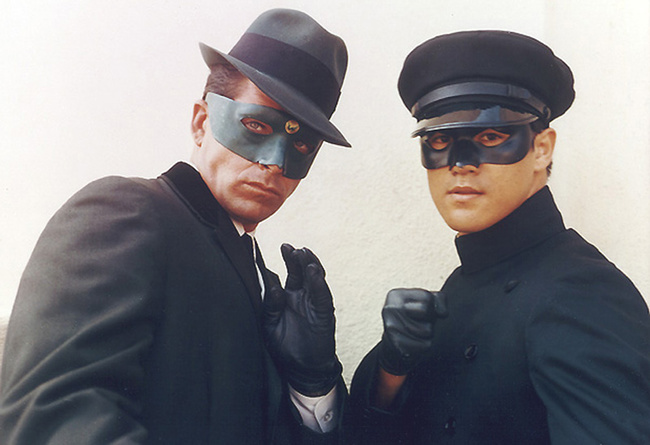 Last November, AMC announced that they were picking up a six-episode order (straight to series, no pilot) for a martial arts drama called Badlands. The series, which is loosely based on the classic Chinese novel Journey to the West, has landed Hong Kong action hero Daniel Wu as both its star and executive producer, and is expected to air late this year, or in early 2016.

Not to be outdone, NBC ordered a pilot for a martial arts drama called Warrior last month. The perpetually struggling network also released the following description of the program’s premise, which I’m just going to quote in its entirety, because I’m not going to come up with anything better: "In a grounded, contemporary multicultural and sometimes magical milieu, a damaged heroine works undercover with physical and spiritual guidance from a mysterious martial arts master to bring down an international crime lord." Natalie Martinez of Under The Dome fame has signed on to play the lead.

With Badlands on its way, Warrior fighting for a spot on NBC’s lineup, and Nick Jonas’s MMA drama currently airing on DirecTV, we’re inching closer to a genuine trend: finally, the martial arts has come back to narrative television in the US. But is scripted American television ready for the genre’s fledgling comeback?

Perhaps the better to question to ask is “Was it ever?” While American TV has produced a number of long-running and often beloved series that deal with combat or the culture surrounding martial arts in some way over the past fifty years, none of them have managed to the genre as viable on the small screen as it always has been on the silver one.

The sixties provided a legitimate cult classic in The Green Hornet (starring Bruce Lee as Kato) a mostly forgotten series about an judo and karate-fighting freelance investigator called The Case of the Dangerous Robin, and little else. The seventies brought us the original Kung Fu, which ran from 1972-1975 and Saturday morning cartoon’s favorite kung fu-fighting dog, Hong Kong Phooey.

Thanks to the Karate Kid franchise, the 80s were a great decade for martial arts in the movie world, but that interest never really translated to television. The Master, a ninja drama starring Lee Van Cleef (and briefly featuring a then-unknown Demi Moore), only lasted for thirteen episodes. The Disney family drama Sidekicks only fared a little better by lasting for the entire 1986-1987 season. Not even an animated version of The Karate Kid in 1989 could break the single season curse. One little show from 1987 called Teenage Mutant Ninja Turtles did manage to thrive though, and it helped kick off a wave of children’s programming that all but took over TV in the next decade.

The 90s were, well, awesome for martial arts-themed kids shows, with the continued takeover of the turtles, and the success of the Mighty Morphin Power Rangers, and multiple Street Fighter cartoons, among others. The decade was good to more adult-oriented programming as well, with the surprising (albeit brief) success of CBS’s Martial Law, the original television take on La Femme Nikita, and Street Justice. David Carradine’s Kung Fu: The Legend Continues and Chuck Norris’s Walker, Texas Ranger both enjoyed significant success over that period. The Walker spin-off Sons of Thunder, which featured Detective Sandoval teaming up with a martial arts instructor friend from childhood, tried its best for six episodes. 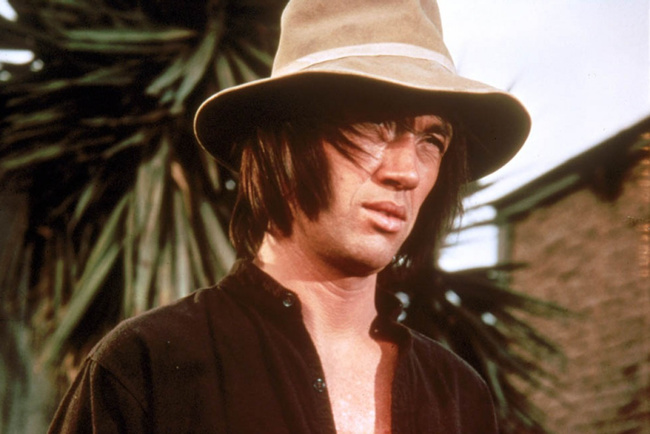 Since that high water mark, things have been a little less certain for the American martial arts show. Disney, of all studios, has probably done the most to keep the genre alive among the younger set for the past fifteen years, producing both cartoons and live actions shows like American Dragon: Jake Long, Randy Cunningham: 9th Grade Ninja, and the ABC Family miniseries Samurai Girl (starring former WWE diva Stacy Keibler). Other stations have also had some luck with animated series, particularly Nickelodeon, thanks to Avatar: The Last Airbender and The Legend of Korra.

Reality shows exploring martial arts have flourished in the new millennium, with Fight Quest, Fight Science, Human Weapon, and, of course, The Ultimate Fighter, but narrative fiction has been a crap shoot. Black Sash, a live-action WB show that featured Ray J, lasted for six episodes. But things started to look up with Kingdom, which debuted to rave reviews from Entertainment Weekly and The A.V. Club.

Where this leaves Warrior and Badlands is unclear, but there’s at least a chance that both shows are in good hands. NBC doesn’t have the best track record in terms of being patient with unique shows and letting them find their audience, but they are keeping the beautiful and brilliant Hannibal on the air, which means that someone at the peacock cares about supporting programs that strive to do something outside of the usual network barriers. If Warrior gets picked up, and if it’s a little less silly than its initial premise suggests – which, granted, are two sizable ifs – it just might become something interesting. Badlands is even more promising. AMC has a proven track record when it comes to elevating genre television into art, and the show has a pedigree that could easily make it martial arts’ answer to The Walking Dead.

If all else fails, though, at least we’ll have Kingdom for a while yet. The show has been renewed for an additional twenty episodes, which will air over the course of the next two years.