The Righteous Power of the Iron Palm 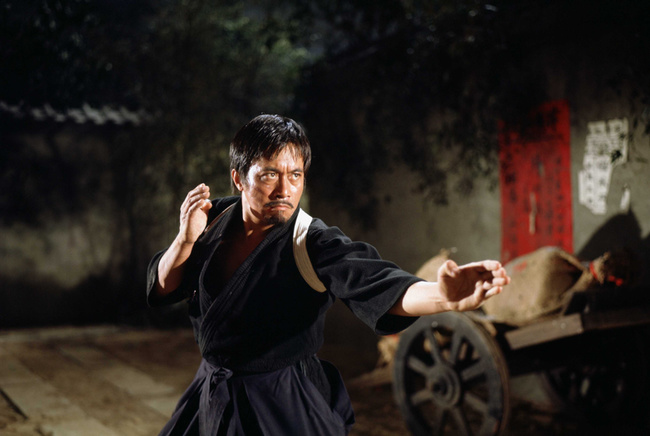 The Shaw Brothers broke onto the international scene with Five Fingers of Death, the 1972 kung fu film featuring the steadfastly righteous versus the incorrigibly evil in northern China. This film broke out of Hong Kong and the Asia circuit in part due to new distribution channels the Shaws had set up with Warner, but the real draw for American movie goers was the non-stop kung fu action.

Five Fingers starts off with a duel, between a student visiting his old master and Zhao Zhihao, the protagonist played by Lo Lieh. Zhihao is about to lose the fight, when his old master steps in and puts a halt to the duel. Later, the master commands Zhihao to leave the school and travel to Baoding, in northern China, to study under Master Sun.

Here is an interesting facet of martial culture on display: once a disciple studies under one master, it is extremely difficult and often insulting to switch masters mid-career. This tradition leads to insular schools, each competing with another, and also to lost and isolated arts going down with the last student of a school. Even today, a fighter who leaves one gym for another leaves waves in his wake, and such a decision is never made lightly.

Zhihao’s old master, Sung, convinces Zhihao to leave by pointing out that the winner of the upcoming national martial arts tournament will rule the five northern provinces. If an unrighteous, immoral group of martial artists manage to win, the whole region will suffer.  Zhihao travels to Baoding and offers himself up to Master Sun and the Shang Wu Martial Arts School. After getting beaten by Sun’s top pupil, Han Long, Zhihao is forced to work as a servant for a year before being accepted as a proper student.

Shang Wu could be translated as “Uphold Martial Culture,” which I think is pretty cool and significant, considering a later scene in which Japanese assassins are brought in to teach a traitorous Han Long “true martial culture.”

Meanwhile, the Meng clan and their Bai Zhao Martial Arts School are constantly scheming against Master Sun. The Meng clan wants full control of the northern provinces—a region seemingly ungoverned and waiting to be conquered by anyone with enough force. Master Meng is a very interesting character. Outwardly and in the company of anyone but his son, Meng strives to uphold an air of righteousness.

There are several scenes in which Meng scolds minions for suggesting nefarious tactics, telling them to leave his presence. As soon as they leave, he turns to his slimy son and plans out the very same tactic. The most egregious of these scenes is the aforementioned one in which Japanese assassins teach Han Long about honor and martial culture and, in the end, treachery.

Five Fingers use of a secret invincible technique draws upon every ancient martial arts tale ever told, and foreshadows a hundred martial arts movies to come. The Iron Palm technique is passed from Master Sun to Zhihao via a tiny manual, a nod to the many Bushido and older Ming-era military treatises that sought to consolidate and pass on martial knowledge. Zhihao practices the techniques and eventually gains the glowing red hands of the Iron Palm master—accompanied by the piercing Quincy Jones theme track to the old TV series Ironside.

Like the most recent episodes of the Game of Thrones, Five Fingers forces us to watch the bad guys win over and over. Both old masters are slain. Several “good guy” kung fu men die. The bad guys perpetrate many bloody murders, and Han Long has his eyes plucked out. Old Master Sung’s death is particularly nasty. This film is not for the squeamish.

The director, Zheng Changhe, has a few “montage of fury” scenes in which the insults and outrages are replayed during kung fu training. Lo Lieh’s character grows hard and vengeful with each passing murder, until he finally faces the head Japanese assassin in the last fight of the film. When Ironside spouts off midway through the fight and Zhihao’s hands start glowing, everyone knows redemption is just around the corner. Several crushing palm strikes later, and the righteous man prevails.

Zhihao fights against most of his armed enemies with only his hands, maintaining righteousness in the face of cheating evil men. After he defeats the final enemy, Zhihao sighs haggardly, expelling the poison of violent acts as much as he is breathing a sigh of relief that this painful, tragic conflict is finally at an end.

As the film ends, Zhihao is helped away from the battle by his true love Yingying and his old friend Damei. The film cuts to an idyllic seaside scene. All is well again, for a while.

The Shaw Brothers: Founders of the Kung Fu Film Genre

The Five Venoms: A Morality Tale for the Ages