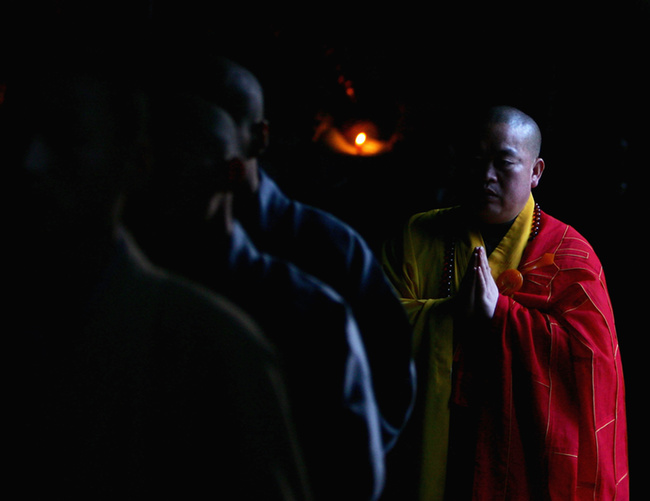 Shi Yongxin, the abbot of the Shaolin Temple since 1999, is under investigation for allegedly embezzling funds, keeping mistresses, and fathering illegitimate children. The allegations first came to the public eye two weeks ago, when the temple was hosting a Muay Thai event in cooperation with high-level Thai officials. Someone named “Shi Zhengyi” posted evidence—including a birth certificate and a dismissal note from the late 1980s—of the abbot’s alleged transgressions.

Since then, the religious affairs bureau of Dengfeng, the city where the temple is located, has issued a statement saying they have been asked by Beijing to investigate the matter. Shi Yongxin also failed to show up for a reciprocal visit to Thailand, leaving dozens of officials and Muay Thai luminaries hanging at the Bangkok airport. Chinese and foreign media have covered the scandal as well.

The Shaolin Temple has released a short statement (in Chinese) on their website, directed at Shi Zhengyi, accusing him of libel and of using the name “Interpreter of Justice” as a schtick to gain attention and slander not only the good name of the abbot, but the temple, Zen Buddhism, and the company that runs the temple’s many affairs. They then list a relevant law and promise legal action.

The temple should have seen this coming. For centuries the temple’s fortunes have been tied to the patronage of the state. If the temple kept a low profile, things went well: other Buddhist temples might have been sacked or persecuted, while the Shaolin Temple survived, and in some cases flourished. In other cases, when the state was too weak to defend itself or the temple reached out a bit too far, Shaolin was put to the sword. Shi Yongxin has by all accounts reached way too far during his tenure as Shaolin’s abbot. 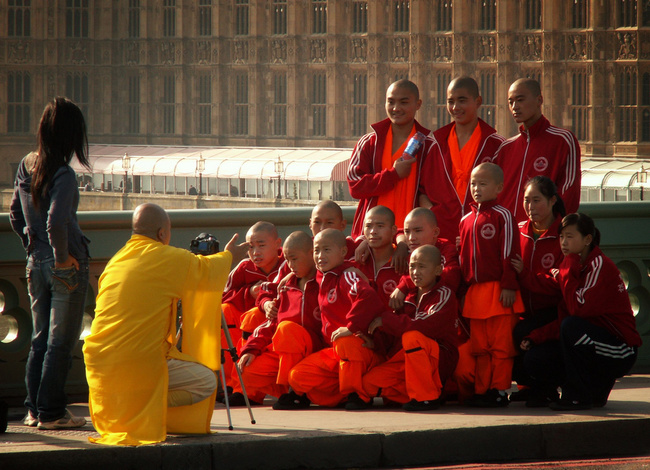 Here is Zheping Huang, writing for Quartz, with a list of the abbot’s many interests:

“Shi’s business savvy has been evident since he became the temple’s abbot in 1999. He’s boosted Shaolin’s international profile and generated significant income for the organization. He’s rented the temple out for films, reality TV shows, and kung fu performances. The temple has an online store, where a copy of the Shaolin kung fu manual went for nearly 10,000 yuan ($1,600).

Shaolin Intangible Assets Management Co., established in 1988, protects the temple’s brands and intellectual property, and has registered over 200 trademarks in 45 categories. The temple itself owns 10% of the company’s shares. Shi owns 80%, according to the National Company Credit Information System.

The temple has nine other affiliates—most founded during Shi’s tenure—involved in various activities, including cultural exchanges, martial arts performances, a pharmacy, and publishing. One, Shaolin State of Joy Co., is also a registered subsidiary of Shaolin Intangible Assets Management Co. A certain Han Mingjun owns 35% of the company’s shares. In the online accusations leveled against Shi, Han Mingqun is also the name of an alleged mistress.”

The temple cozy relationship with the central authorities allowed monks to engage in otherwise non-monkly behavior. Fighting. Eating meat and training martial arts. Taking wives and forming corporations. Siphoning off funds from the believers. The wild monk  of the Shaolin Temple has been a fixture since the dawn of Buddhism in China, and there has been an unwavering devotion to the cheeky monk who flouts Buddhist law to accomplish Buddhist aims.

Shi Yongxin is but the modern incarnation of an age-old relationship between temple and state. Instead of allowing bands of “monks in kungfu robes” to camp out around the temple and act rowdy, he’s formed bands of businessmen and relationships with foreign dignitaries, amassing tremendous wealth in the process. It’s big business, it’s the China Dream.

Unfortunately for the abbot and a host of other “corrupt tigers,” the China Dream under Xi Jinping has quickly turned into a nightmare. Just like his “Taoist” counterpart Wang Lin, the Shaolin abbot dreamed a little too big, played the game a little too well, and somewhere down the line failed to pay off the right person. Maybe one of those mistresses is the relative of a poorer man. The allegations are run of the mill for modern China—there isn’t a rich man in the entire nation who isn’t neck deep in the mire of corrupt acts—and also run of the mill for a temple that has enjoyed the pros and cons of being the government’s favorite martial temple for centuries.

China has a habit of destroying those who are too big for their own britches, “the nail that protrudes gets the hammer” so they say, but it will be interesting to see how the authorities deal with these “anonymous” allegations against the venerable abbot and the temple he has built up. The fact that they’ve been allowed to filter into Chinese social media and the news uncensored and unchecked speaks to a higher power behind the “interpreter of justice” who released the allegations in the first place. If that is the case, the abbot may be taken away and replaced with a “reformer” of some kind, a modern ascetic perhaps, who better represents the strong traditional values China’s leadership has been pushing over the past few years. Values that encourage obedience, a shortened leash for the temple and its sprawling business empire.

Will that mean the abbot’s efforts to engage with the Muay Thai establishment in Thailand and open a temple in Australia are also peeled back? Will there be the same access for filmmakers and hip hop dancers, or is this China preparing to exert stronger control over its cultural products and put a lock on a door the abbot kicked open?