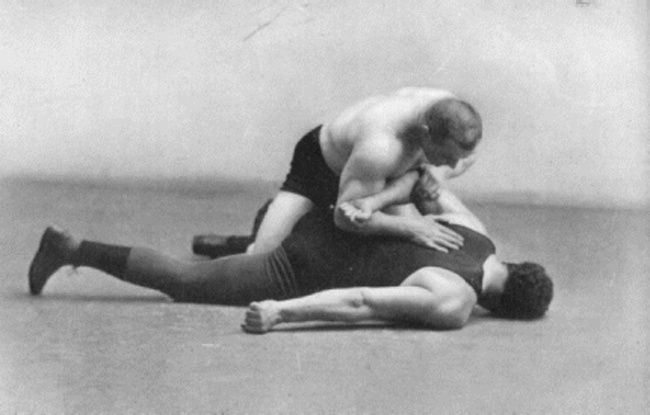 Last week we celebrated the anniversary of the beloved submission we call the Kimura. 63 years ago, on October 23rd of 1951, Brazilian jiu jitsu’s godfather Hélio Gracie took on the Japanese legend Masahiko Kimura at Maracanãzinho. At the time, Rio—as well as all Brazilians—needed a new hero after having lost the World Cup, at home, to Uruguay the year before.

At first, Kimura didn’t want to face Hélio on account of their weight difference—if he were to beat the Brazilian, naysayers and critics would account the victory to that differential, diminishing Kimura’s greatness in front of both Brazilian and Japanese fans. However, when Hélio defeated another Japanese player traveling with Kimura’s entourage, he had no choice but to step up and face Gracie.

After a grueling duel—during which Kimura was unable to subdue the slippery Hélio Gracie as quickly as he would appear to have expected—Hélio Gracie was unable to defend the lock that ultimately snapped his bones. Although Brazil lost that match versus Japan, a symbolic victory was achieved. An emblematic moment for all of jiu jitsu, this day marks the beginnings of the gentle art’s quick spread throughout the world, and the day the Gracies named the armbar after its perpetrator.

The kimura has been a staple of the beginner Brazilian jiu jitsu curriculum from the start—it’s been a part of martial arts forever. A quite simple maneuver, it employs the isolation of the opponent’s arm, which is then cranked behind his or her back. In the UFC, in which Brazilian jiu jitsu is virtually obligatory, the kimura is somewhat rare, we never being one of the top three submission techniques used to win a bout. Some of the most amazing submissions in the UFC, however, have come by way of kimura shoulder locks.

At UFC 140, Antônio Rodrigo Nogueira caught Frank Mir and made everyone think the fight was over, until Frank shot in for Nogueira’s legs, taking the fight to the mat. From side control, Nogueira punched Frank’s head for a bit, until he went for the submission like a true Brazilian. After a struggle, Frank dropped his weight on Nogueira and took over with a kimura grip, performing a cross-body jump, rolling over twice with Big Nog, until he broke his arm.

To this day, that’s one of the most memorable kimuras the Ultimate Fighting Championship has ever seen. It was an epic comeback and phenomenal finish by Frank Mir. What’s even more, last weekend’s UFC 179 saw an American, Tony Martin, submit a Gracie-trained Brazilian, Fabricio Camões, by way of kimura. This submission tipped the scale in favor of kimuras for the first time this year. The pervasiveness of Brazilian jiu jitsu in mixed martial arts is obvious. 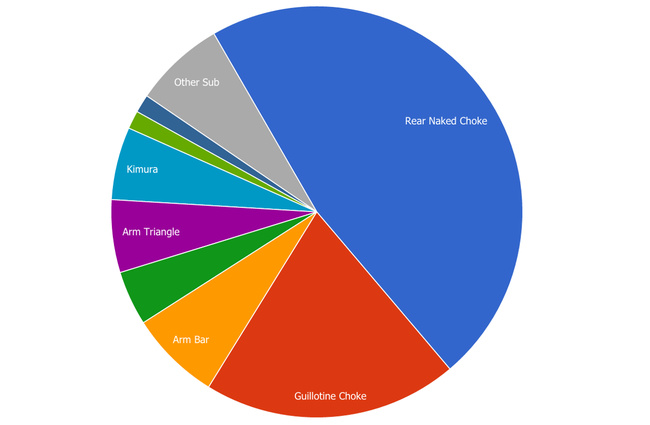 Statistics and image via MMA121.com

According to mixed martial arts site 121MMA, with just two months left in the year, the kimura has for the first time jumped into the top five submission techniques used in the UFC. They say that although the individual numbers aren’t huge (four kimura submissions and three triangle choke submissions) the total volume of fights and submissions in the UFC to this date in 2014 are significant. There have been more than 400 fights and 70 submissions.

The reality in the UFC and in mixed martial arts generally is that the ebb and flow of submissions speaks to the sports ever-mutating nature. It’s a further demonstration of the versatility of mixed martial arts and how much it can evolve. Submissions like the kimura are relevant to the sport because there are infinite ways in which a fighter can be caught in it. Mixed martial arts are blessed by this grand virtue—this endlessness of possibility that make the sport so invigorating, enlightening and entertaining.

Fabricio Camoes and the Essence of a Gracie Fighter