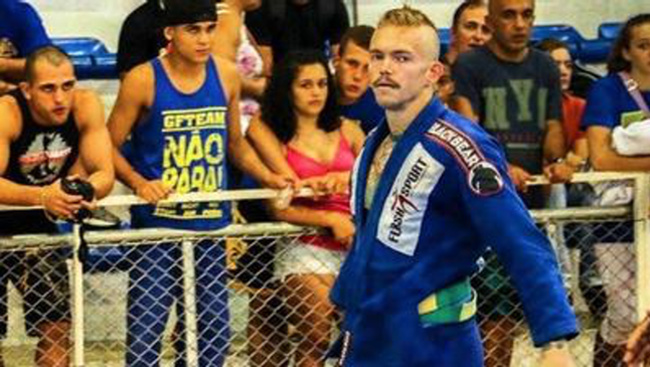 According to New Zealand jiu jitsu champion Jason Lee, Brazilian state police kidnapped him in Rio, drove him to several ATMs, and forced him to withdraw the equivalent of $600 USD in cash—all just two weeks away from the torch-lighting ceremony for the host city's summer Olympics. Oh, joy.

According to the New Zealand Herald, Lee, who has lived in Rio for the past ten months, went to Facebook to detail the event in a post (not currently on his public page), saying that the police threatened him with arrest if he did not comply.

Per the New Zealand Herald:

"I'm not sure what's more depressing, the fact this stuff is happening to foreigners so close to the Olympic Games or the fact that Brazilians have to live in a society that enables this absolute bullshit on a daily basis. This place is well and truly f***ked in every sense of the word imaginable."

Lee further elaborated on the incident with the New Zealand outlet Stuff, saying that it all started after two policemen on motor bikes pulled him over for what they said was a routine drug and weapon search, and later said that Lee was not allowed to drive without a passport.

"First he asked me stretch my arms, then patted me down," Lee told Stuff. "He grabbed my genital area, which was quite a surprise. At this point it still looked reasonably professional."

It was then that they demanded Lee pay them 2,000 reais or they would turn him over to the federal police.

"These guys have pulled me over, they have weapons. I'm not in any position to negotiate," he told Stuff. Lee then described how the state police forced him to drive the wrong way down a highway and transferred him to an unmarked car, where the police hid while he made his ATM withdrawals. Lee was finally released after the police took him to a bunker and he turned over the money.

Lee and his girlfriend Laura McQuillan, a journalist covering this year's Games, are now saying that the police showed up to his doorstep today, without any real reason to have his address.

Doorman just called to say Policia Militar - the police who kidnapped my boyfriend - are downstairs. They should not have our address.
— Laura McQuillan (@mcquillanatorz) July 25, 2016

Policia Militar have shown up at my apartment unannounced. I have refused them access, called my embassy and we are waiting for Civil Police
— Jason Lee (@jasonleejitsu) July 25, 2016

Lee's allegations certainly don't bode well for the Rio Olympics, which are already coming under fire for a number of issues in the run-up to the Games. There's Zika virus and pollution; the Australian team refuses to move into the Olympic village, where there have been reports of gas smells, due to poor living conditions; and now you have concerns about the state police.

As Lee said to Stuff about reporting the incident to tourism police,

"I was umming and ahhing about whether I should even make a complaint. One of the guys I was reporting it to said 'we understand you are hesitant, because we are the Police, and that branch of the Police is so scary even we are afraid of them'."