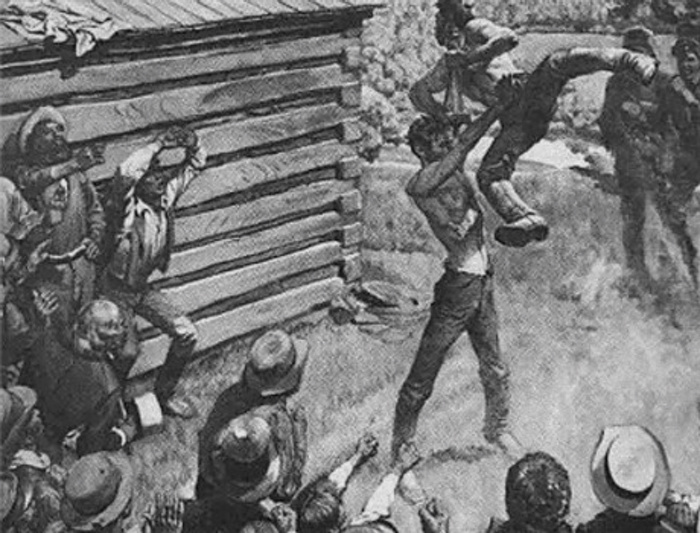 The current incarnation of Republicans don’t have the greatest track record when it comes to accurately representing Abraham Lincoln (or, one could argue, emulating his ideals). Earlier this month, in fact, the GOP celebrated the 16th President’s birthday by misattributing a quote to him.

So when collegiate wrestler-turned-former Defense Secretary Donald Rumsfeld dropped a passing reference to Honest Abe’s love of wrestling in a 2013 Washington Post op-ed about the future of the sport in the Olympic Games, the fact-checking website Politifact set out to determine the veracity of that claim. It didn’t take them long to confirm Lincoln’s fondness for the sport, as well as the ultimate testament to his prowess in it: a spot in the National Wrestling Hall of Fame. They also found this ‘00s-era Mountain Dew commercial on the topic because America, fuck yeah.

“It’s not mythology,” Lincoln expert and best-selling author of A. Lincoln: A Biography, Ronald C. White Jr., told WWE.com in 2012. (Side note: this interview is really worth reading both for the actual information it contains, and for the number of references to wrestlers like The Rock, Hulk Hogan, and Captain Lou Albano shamelessly shoehorned into the prose.) “Lincoln definitely wrestled.”

While his gangly and awkward amusing genetic copy preferred basketball on Clone High, the original Abe had grappling in his blood. “Lincoln had wrestling in his background,” White added. “His Uncle Mord reputably had a real talent for it. Lincoln did quite a bit of wrestling during the years he lived in Indiana from ages 9 to 21.”

He also, according to the NWHOF’s page on their famous honoree, spent most of that time winning. “In the rough and ready style of the frontier, "catch as catch can" wrestling was more hand-to-hand combat than sport. Lincoln, an awesome physical specimen at 6-feet-4, was widely known for his wrestling skills and had only one recorded defeat in a dozen years.”

According to Sports Illustrated, that defeat came during the Black Hawk Indian uprising of 1832, when Hank Thompson bested the future President with two straight falls in a regimental championship match. While SI writer David Fleming went on to proclaim him “a proud competitor but a humble sportsman,” Lincoln was not averse to the occasional bit of trash talk when the situation necessitated it.

After one particular scrap where he defeated a man with a single toss, Abe turned to the angry mob that had gathered to watch the fight, and challenged the lot of them by loudly declaring “Any of you want to try it, come on and whet your horns!” 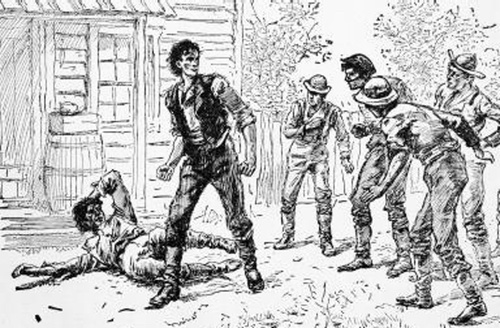 As SI reports, no one took him up on the offer.

Lincoln didn’t just fight for glory and bragging rights, though. He also used his wrestling skills to defend others. When his stepbrother’s river barge was hijacked by a group of thugs, for example, the then-19-year-old saved the day by single-handedly throwing them all overboard.

His most famous and well-documented match was born of similar motivation. When the store in New Salem, Illinois where Lincoln worked as a clerk in the early 1830s was menaced by a local gang, the owner, Denton Offutt knew where to turn. Openly bragging about his employee’s mental and physical prowess, he told the members of the Clary’s Grove boys that Lincoln took take on any of them. Their leader, Jack Armstrong took the bait and challenged Honest Abe to a wrestling match.

There are a number of conflicting accounts as to what actually happened when Abraham Lincoln faced Jack Armstrong in a tree clearing near Offutt’s store. Retired history teacher and Lincoln buff Roger J. Norton offers his take on the most popular version of the story in a post on his extensive Abraham Lincoln Research Site: “The entire town turned out for the fight. Offutt bet $10 Lincoln would win. Other residents wagered money, drinks, even trinkets and knives. Lincoln was 6' 4" and weighed 185 pounds, but Jack Armstrong was an experienced, formidable opponent. Although he was smaller than Lincoln, he was as strong as an ox. The stage was set.

“For a time, the two scufflers circled each other warily. They did some grappling and twisting, but neither man could throw the other to the ground.  Slowly, Armstrong began to get the worst of it. Finally, Lincoln grabbed the bully by the neck, held him at arm's length, and shook him like a little boy. This aroused the Clary's Grove boys, and it suddenly appeared Lincoln might be attacked by an entire crowd of people. He backed up against the wall of Offutt's store and offered to take them on one at a time.”

The NWHOF offers this brief recap of the event: “From the start, Lincoln handed out a thrashing. When Armstrong began fouling, Lincoln picked up his opponent, dashed him to the ground and knocked him out.”

WWE.com’s Zach Linder writes: “Various accounts have Armstrong sensing defeat and fouling Lincoln by tripping him—the equivalent to a low blow by today’s standards. Honest Abe, never one to break the rules, became incensed and used his long, powerful arms to grab his opponent by the neck and shake him vigorously like a rag doll. With The Clary’s Grove Boys backing up Armstrong, they began to corner Lincoln. Some say that Lincoln offered to take on each member of the gang, but their leader called off the bout instead. The competitors agreed on a draw and Armstrong proclaimed Lincoln to be, ‘the best fella that ever broke into this settlement.’” 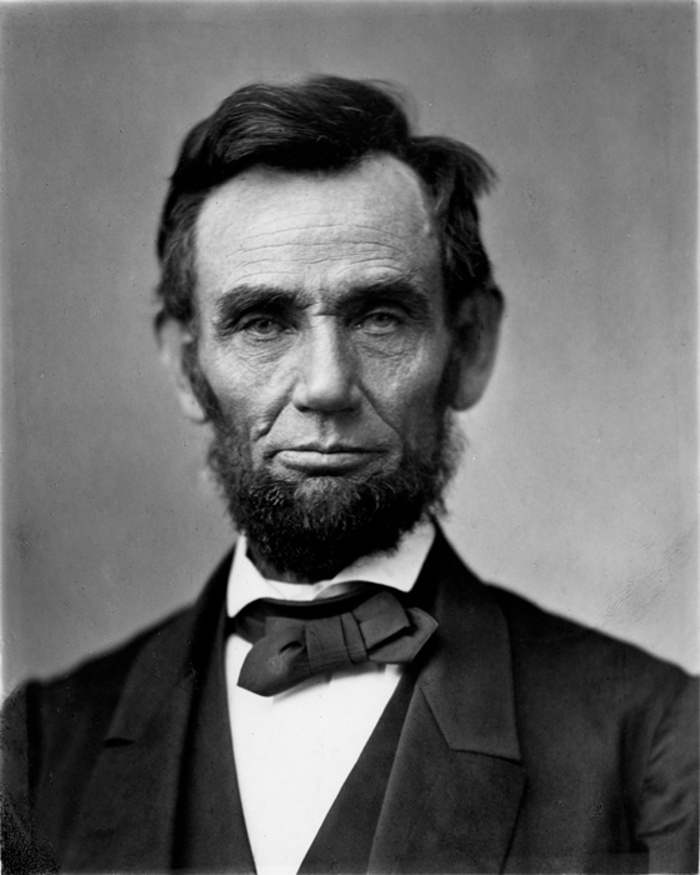 Most historians seem to agree that it was Lincoln’s character more than his impressive physical skill that really saved the day. As White explained to WWE.com, “It may have been under the rules that Lincoln would have won the match, but what really endeared Lincoln to this group of young men was that Lincoln didn’t want to win the match when he was obviously the stronger and better wrestler.”

When Lincoln chose to settle things with a handshake, White says, “it spoke volumes about the kind of person Lincoln became.”

And, much like a charity boxing match would, in its own way, help to contribute to Canadian Prime Minister Justin Trudeau’s climb to political power over 180 years later, the fight would lay at least some of the groundwork for Lincoln’s political destiny.

"The episode was full of important consequences to Abraham Lincoln,” Irving Stone and William Osborn Stoddard wrote in their biography, Abraham Lincoln: the true story of a great life. Showing the inner growth, special training, and peculiar fitness of the man for his work, “His courage and prowess had been thoroughly tested and had made a deep impression upon the minds of his rough neighbors. He was in no danger of further challengers from any of them, and Jack Armstrong avowed himself the fast friend of the man who had given him so good a shaking. The further results were only a question of time, for the wrestling match which was not won by either of the contestants gained for Abe Lincoln a strong and devoted, it somewhat turbulent constituency. Every member of the Clary’s Grove gang had a vote, and with it a strong admiration for a man who could not only read and write, but could hold a bully at arm’s length. The story of the ‘match’ went far and wide, and its hero was thenceforth a man of note and influence in that community.”