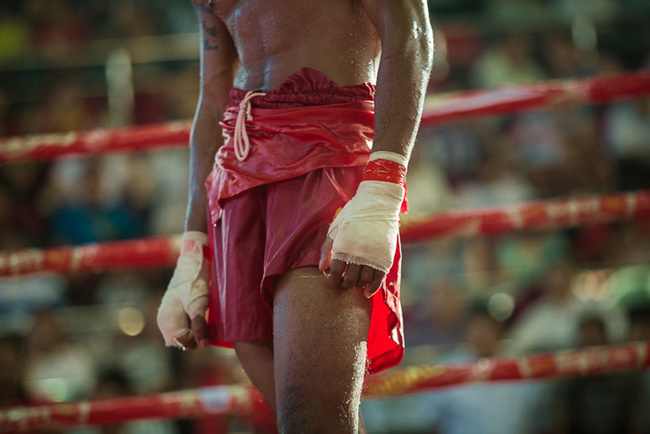 Burma, officially Myanmar, is a relatively small South East Asian country, bordering Laos, Bangladesh, India, China and Thailand. With almost 56 million people, it is the 25th most populous country in the world. Bordering relatively larger and more influential nations, Burma has absorbed much from its neighbors. Like its cuisine, the martial arts of Burma have been influenced by India, China and Thailand. What’s interesting about Burmese martial arts is that they represent the diverse gamut of martial arts, constituting combat sports, “traditional” approaches, weapons, striking and grappling.

Burmese martial arts, in the West, are usually known by the term “bando.” However, the Burmese term for its collection of martial arts is “thaing.” Bando is the proper name for one particular martial art, which, from the outside, seems to have absorbed a great deal from Chinese Kung Fu. Burmese Bando fits the description of what is considered a traditional martial art. Training is done using solo forms, two person forms and sparring. Like kung fu, the forms are based on the movements of animals: the monkey, bull, cobra, panther and eagle.  Burmese Bando fighting techniques revolve around a three pronged approach to defense: evading the attack, angular reentry with strikes, followed by a joint lock or take down.  Burmese Bando also features weapons training in knives, sticks, spears and swords.

Banshay is a weapons based system, heavily influenced by both Indian and Chinese martial arts. The primary weapons used are the sword, staff and spear. Defensive techniques emphasize disarming an armed opponent; whereas offensive techniques emphasize slashing and stabbing. One of the curious and unique aspects of Banshay is that some of the sword techniques are practiced using sheathed swords. Legend has it that some Burmese warriors fought with their swords covered so as to not take the lives of their enemies. Such ideals probably stem from the dominant presence of Theravada Buddhism in Burma and/or chivalric dueling. The style is also performed in highly choreographed, two person forms, like Chinese Wushu. However, these more traditional styles of martial art are counter balanced by Burmese combat sport.

Naban wrestling is essentially a form of no-gi submission wrestling. Naban seems to be derived from older Indian forms of wrestling, in that top positions are preferred but, unlike the contemporary Kushti wrestling of India, Naban allows for chokes, arm locks and leg locks. The sport is most popular among the Karen, Kachin and Chin tribes but has made some very small inroads into Europe, particularly France. When one looks at Naban, one is reminded of the convergent evolution that takes place between seemingly unrelated martial arts. There are only so many ways to effectively hold an opponent down and apply a joint lock. Naban’s striking counter-part is Lethwei.

Lethwei is Burmese kickboxing. Whereas Muay Thai is the science of six limbs, Lethwei is the science of seven. Lethwei matches allow for knees, elbows, kicks, punches and head butts. When one watches a Lethwei match, one realizes that Hollywood has it all wrong when it comes to head butts; the safest and most effective head butts aren’t delivered forehead to forehead but crown to face, popping up, like a Chuck E. Cheese wac-a-mole, not driving forward, as a ram. Unlike Thai culture, which has a seeming preference for kicking over punching; Burmese Lethwei does not share this ascetic, with fighters throwing punches and elbows, as often as they throw kicks and knees.

When we look at Naban and Lethwei, we see the basic ingredients of the modern Brazilian MMA template, sitting unnoticed in Burma for possibly centuries. Today, the template for the modern Brazilian fighter seems to be Muay Thai and jiu jitsu, with Anderson Silva, Fabricio Werdum and Jose Aldo being three of the best examples. The relative obscurity of Burmese martial arts when compared to those of Japan, Korea and China, is also an example of how immigration patterns influence the promulgation of martial arts. Jiu jitsu came to Brazil via Japanese immigration; Chinese, Japanese and Korean martial arts have flourished in the USA for similar reasons.

However, the number of Burmese in the USA is only in the 100,000 range. With such weak representation in the West, it’s easy to see why Burmese martial arts have not become popular, outside of Burma. The lack of Burmese immigration to the Americas has kept these arts in obscurity. Truth in life and in the martial arts can often be counter intuitive; your high school wrestling coach knows more about real fighting than a shaolin monk and the building blocks for much of modern day MMA have always existed, in the remote corners in a single country, Burma.

LINE and MCMAP: The Martial Arts of the US Marine Corps