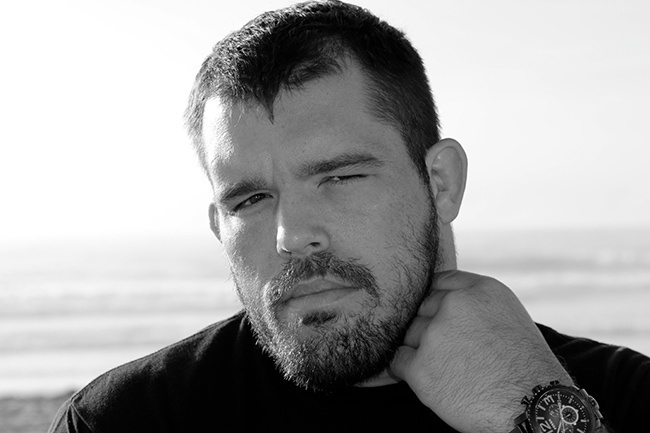 Lister isn’t the caliber of athlete as, let’s say, a Georges Saint-Pierre, but he’s a brilliant artist. His jiu-jitsu ability, specifically his innovative leg-locks, has taken him to the UFC and Pride, and he is one of the top-rated grappling competitors in the world. In March, he will face Renato “Babalu” Sobral at the Metamoris grappling event.

I flew to San Diego, California, to hang out with Dean at his small two-bedroom apartment on the beach near the academy where he teaches. He shares the place with various traveling journeyman fighters who come to train with him and who sleep in one of the two bunkbeds in the extra bedroom he rents out for 30 bucks a night. He owns just a couple of pieces of furniture. The rest of the place is mostly filled with trophies and plaques.

Dean is an introspective guy, and we spent most of the day talking about his life, his vices, and the personality archetype of fighters. The following are some selections of his musings, from what I’m calling the Tao of Dean. 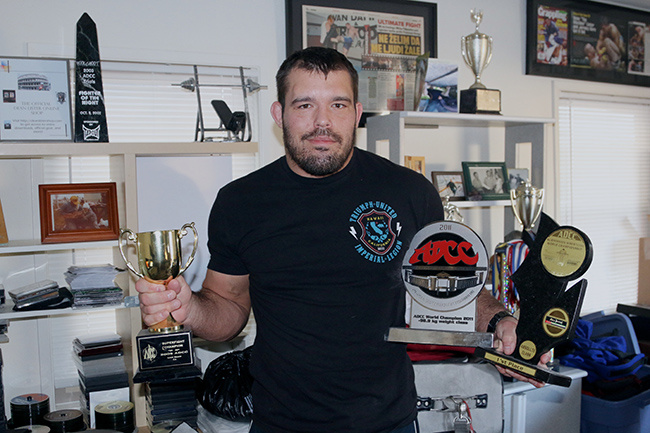 On Drinking and Women

MMA is more mental than physical. I feel the difference in my performance when I’m not partying, but there’s this weird little thing about fighting: If you are having a hard time in a match and you mentally accept that you are going to lose, then you lose almost every time. It’s like a flame that you can’t let go out. It could start out as the biggest fire, but as long as it’s still lit, you can keep fighting. In a lot of matches I have had, I had a big flame that went down to the size of a candlelight, but I never, never let it go out. So, that’s the biggest thing. I think people that have not gone through crazy struggles in their life allow their fire to go out completely. This is more important than conditioning. This is a prerequisite.

I started drinking a lot when I got divorced. I was married to Miss Brazil. I went a little nuts. It was a perfect storm. At the same time I was getting divorced I was switching from Pride to the UFC. I was doing the Ultimate Fighter show in Vegas with Tito [Ortiz]. So I’m all fucked up in the head, I’m living in Vegas, I’m on a TV show so wherever I go out people are like, ‘Dude, you want a free bottle?’ It was like that.

It sounds stuck-up but I got used to dating all these supermodels, like really … Miss Brazil, Miss Switzerland, Turkey. You get to the pinnacle of what western society would consider a beautiful woman and then it’s like, “What’s more than that? Nothing.” I was married to one of the most beautiful woman in the world and it was boring. Boring. Boooooring. You can get used to anything in life. You can get accustomed to misery or comfort.

I went to Ireland and fought this guy Rodney Moore in 2012. All the Irish fighters kept telling me that yanks couldn’t drink a lick. We lined up Guinnesses and I downed eight of them in a row. I made them apologize.

In 2011, I got roofied by accident. It was meant for a girl--this girl from L.A., and she didn’t want to drink it. She knew I can drink a lot, so she came over and gave it to me like, “Here, drink this for me.” It was this big plastic cup of cranberry vodka. I downed it real fast. It tasted salty at the end. I don’t remember much after that. They brought a priest into my room at the hospital and my heart stopped. I woke up with a tube in my throat and a catheter. That wasn’t comfortable by the way [laughs]. I started winning more after that. Something changed subconsciously. I’m a lot more assertive now.

I haven’t drank for three weeks. But yeah … who knows?

I fought in front of 90,000 people when I fought Ricardo Arona in Pride. 90,000 people watching me walk down to the ring to fight another guy. You get used to that and you want to do that again and again. And then what happens is fighters will start taking higher and higher chances. And then when that is no longer available, it’s “What can I do now? You know what? Let’s go drinking, lets go crazy, let's see what will happen.” It can get dangerous. It’s a typical thing for my kind of personality--the personality that needs action.”

Fighters can focus in on their art because it’s their drug of choice. The addictive personality can be used in a very good way or a very bad way. Taking some things in life in moderation is wise, but if you keep everything moderate you will probably go crazy.

On Living a Simple Life

If you strive for more material comfort you will get used to it. So then you bust your ass to get even more comfort and you get used to it again. I don’t know … what’s the point?

I try to invest my energy in experiences and not possessions. The immaterial--anything involving my passion like my experiences, languages, and my skill as an artist. Why bust your ass to buy that shit you don’t need?

I’m going to come back from doing seminars in Europe with a little bit of money. I wont buy anything with it. I’ll use it on things involving jiu-jitsu, not on some Rolex watch … but I heard they make some pretty good fake ones now [laughs].

I heard that only 3% of people are doing what the want in life. That’s because sometimes in order to live the life you want, you have to pay your dues. When I first started training I used to live in my car. I would take showers at the beach. I had my little bathroom kit. In the morning I would go buy a loaf of bread and a gallon of milk. Back then it was real cheap. That’s how I lived for years.

When I was younger I lived in Grants Pass, Oregon. Up there is a river called the Rogue River. It’s actually a decently dangerous river if you don’t know what you’re doing. You really need a guide. My parents divorced when I was 15 or 16 and Mom was dating a guy named Brad. I liked him, he was a cool guy, and he had hired a guide to take us out on the river on day. The guide almost looked like a homeless guy. He lived in a van. He inflated this big raft--it took him 20 minutes to do it. His thing was that he knew the river. He’s like, “This part of the river--if you drop in right there the current will take you to the bottom and you’re dead.” He would point out, “Well this rock here you have to steer left of.” He was bragging. You could tell he was happy. The guy’s life was around that river. He was happy! We spent eight hours on the river and I got a sunburn. I’m just saying that that guy is a three percenter. 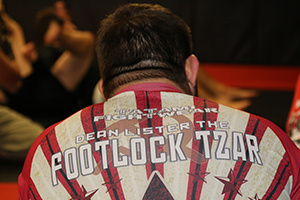 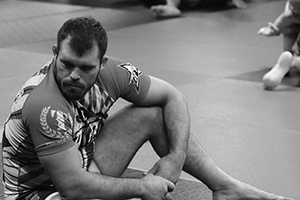 On the Sociology of Fighters

What did the old western gunslingers do? They ate beef jerky, drank whiskey, and shot up towns.

I have a friend who went to jail for armed robbery. I won't say his name, but he’s a very accomplished fighter. He told me that the personality types of a UFC fighter, a bank robber, and a Navy SEAL are all the same. Not accomplishment-wise, but the personality type. "I’ll charge across the battle field, I’ll jump out of the airplane"—it’s not always a healthy lifestyle. But as the saying goes, “There are many brave men in the graveyard.”

In sociology you learn that in life there’s five main personality types. There’s the Conformist, the Retreatist, the Ritualist, the Rebel, and the Innovator. A Conformist is someone who accepts society’s values and goes about conventional ways to achieve things, like a stockbroker or a doctor. An Innovator accepts what society tells them they need but goes about getting those things in unconventional ways. The Ritualist doesn’t really care about society's values and what is expected of them. He hangs legal; he’s just a little weird. That’s the guy on the river. He’s not doing anything wrong. He blows up his boat everyday. He’s not rich, but he’s happy. A Retreatist is like a crackhead: someone who doesn’t accept society’s values but who also doesn’t work the same way in society. A Rebel, the most difficult to find, is someone who tries to redefine society and redefine the way you should get things. I don’t know if I’m part Rebel, an Innovator, or a Ritualist. You don’t have to be just one thing. Those are just the archetypes.

I used to be a Conformist. I used to think in the typical douchebag way. If all you have are things, you are empty. Money is just a tool. I’m far from that now.

Listen to me getting crazy with the sociological terms, man.

Growing Up With Luke Rockhold as Your Little Brother