The Triumphs and Tragedies of Miguel Torres 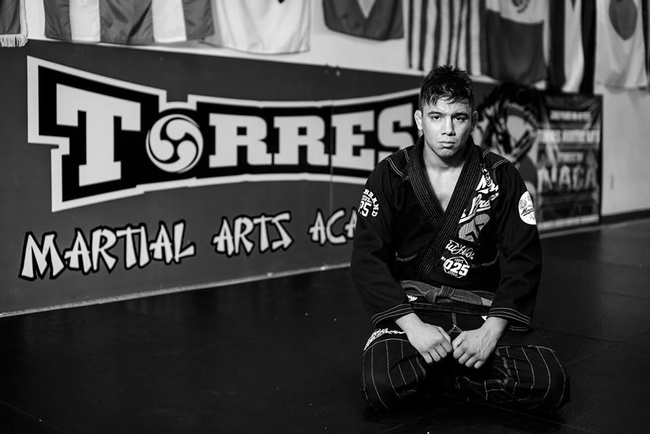 As Miguel Torres strode around the cage, arms aloft and close to tears, Urijah Faber remarked to viewers that Torres' long road was at an end. In just three minutes he had choked the reigning WEC bantamweight champion, Chase Bebe into submission. He had finally won a belt and with it the recognition he felt he had always deserved. In Torres' long and winding career, it would be the only major belt he would ever hold.

The smaller weight classes have always been a tough sell. The skill on display is astounding, and the speed is dazzling, but many feel alienated by the perceived lack of hitting power. Miguel Torres was just one of the victims of that perception. For years, he was claiming to be the best in the world at his weight, but was forced to take unsanctioned fights in bars and in small-time regional promotions. There has always been a strong lighter weight MMA scene in Japan, but reportedly the pay was so insignificant it was never worth the trip for Torres.

Frankly, when Torres came to the WEC he hadn't beaten anyone of note, but after triangle choking Jeff Bedard, he was already in with Bebe for the WEC title. What was so astonishing about Torres was that he was in many ways a leap forwards—his striking and jiu jitsu were so much better than most of what was on display in 2008—but he almost completely disregarded wrestling. Various figures have been brought up over the years, but Fightmetric has him at 17% in takedowns defended across his WEC and UFC fights. That is exceptionally low.

Why was it so low? Because Torres was completely unique from his back. As soon as a fighter took him down, he was relentlessly working for different grips, between elbows and heel kicks to the thighs. It they stepped back, his legs were long enough to upkick most opponents while they were standing.

Torres won his WEC belt from his back, as he looked for a “Mir lock” or overhook Americana, before transitioning into an omoplata and using it to get on top of Bebe. Most coaches would be tearing their hair out over Torres' attitude to takedown defense, but with results like that it's hard to argue.

If you need further convincing of Torres' grappling savvy, the anaconda choke into power guillotine which he used to finish the fight should seal the deal.

But just being a jiu jitsu ace isn't going to win many MMA fights outside of the small shows. Torres excelled on the mat because his striking forced his opponents to take him down. Exceptionally gangly for a bantamweight, Torres carried a 76-inch reach and often had up to half a foot of reach advantage over his opponents. He combined this reach advantage with an excellent, thudding jab which had many of his opponents tentative on the outside or diving for takedowns after they'd eaten a few.

Torres' management of distance was the truly impressive feature of his striking game. He would nail a guy and step back just enough that their return would fall short, leaving him in position to strike again.

And whenever he had his opponent flinching at the hint of his jab, he could always step in behind it and swarm on them.

Notice the beautiful dismount and how it clears the path for the power elbow.

For quite some time, it seemed like Torres was going to be the man to define the bantamweight division. After three successful defenses, two of which ended in stoppages, Torres met Brian Bowles. Bowles, at 7-0, seemed inexperienced but had submitted Damacio Page and Will Ribeiro in the WEC. Few expected Bowles to be the man to stop Torres.

Bowles clipped Torres with a good cross counter as Torres threw his vaunted jab in the first round, but the champion was quick to recover. For a while it looked like the classic Torres fight as Bowles took him down and spent a few moments fighting off submission attempts and eating upkicks.

Then as Bowles moved in to strike on the feet, Torres cracked him with a couple of solid punches. Torres went to one of his few bad habits, he chased. His chin came up, his shoulders dropped, and his footwork disappeared into a galloping sprint. Bowles swung in a right hand with his back to the fence and Torres fell to the mat. The champion threw up an armbar attempt before scrambling to get back to guard, but he ate a right hand en route which turned the lights off.

No longer the WEC champion, Torres took on an up and coming Joseph Benavidez. This time, giving up easy takedowns didn't work out for Torres. Each and every time they hit the mat, Benavidez looked for a guillotine and used it to crush Torres in close and keep him from moving to full guard. After an elbow opened up a gruesome cut that had Torres panicking, Benavidez caught a hold of a fight-ending guillotine.

But the wheels hadn't completely fallen off the wagon. Torres rebounded with a submission victory over Charlie Valencia and a tedious but methodical striking decision over Antonio Banuelos in his UFC debut. Then Torres met Demetrious Johnson, the man we now consider one of the finest fighters in the world at any weight.

The fight was a spectacular return to form for Torres who, doing what he always does, was able to put in an extremely competitive effort against a soon to be pound-for-pound great. The problem was in his philosophy. It was old versus new. Miguel Torres fights well enough off of his back that he felt he could just concede takedowns and fight from there. Johnson saw the takedown as winning the fight and anything after that as bonus points. We know which the judges have always preferred and Johnson, through takedowns and top control, won the fight.

But who can sweep Demetrious Johnson to mount this casually?

Following a win over Nick Pace, Torres damaged his career more than any loss could through his actions outside of the cage. Making an ill-advised (and painfully unfunny) joke about rape on twitter, Torres was cut from the UFC. Five months later, Torres was back and scheduled to fight Michael McDonald. McDonald, the power puncher, instilled more concern over Torres' ability to take punishment after forty fights with his excellent counter uppercut, laying Torres out.

Torres was cut from the UFC, for real this time, and has been fighting in smaller promotions ever since. After scraping together three wins in a row, Torres was most recently knocked out by Desmond Green in Titan FC.

The most recent tragic chapter in Torres' decline is his decision to move to kickboxing, wherein he put in a competitive effort against Angel Huerta, losing by decision. En route, Torres had his knee all busted up by an oblique kick, a technique which has come into vogue in combat sports in the last couple of years.

The decline of Miguel Torres has been a sad affair to watch, because he was so special and because I have no reason to believe that he can't hang with the absolute best fighters in the UFC on the ground. The problem is Torres' slowing footwork, increasingly common instances of getting hit clean (where in WEC he was almost never in range), and deteriorating chin. It would be very sad indeed to see him go the way of Jens Pulver, Gary Goodridge and so many others, fighting on smaller shows and picking up a checkered collection of wins and knockout losses. But that, unfortunately, is what declining greats tend to do.

Glory Returns: The Techniques of Verhoeven, Zimmerman, Schilling, and Thomas

The War on Jack Johnson: Boxing's First Black Heavyweight Champion Versus the World

Giorgio Petrosyan and the Counter to All Strikes