The UFC Joins the Fight Against HIV 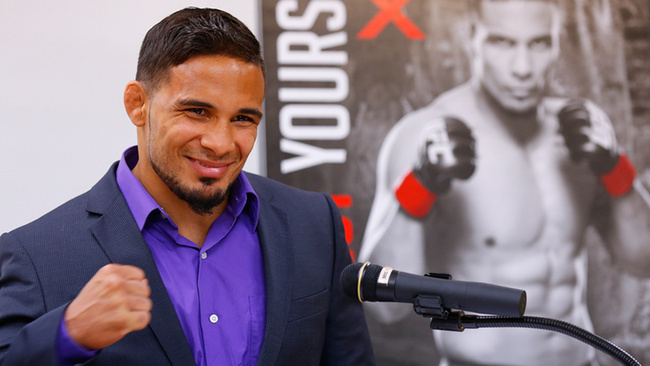 Every competitive mixed martial artist in the U.S. gets tested for HIV. Or rather, they should be, since athletic commissions across the country require athletes to submit blood-work before a bout. These results, which must also include Hepatitis B and C, are generally valid for around six months before fighters have to resubmit a new test result. Although the possibility of blood exchange isn’t the most appealing part of the sport, the UFC decided to leverage the fact that fighters are pros at getting tested for disease, and partner with the Latino Commission on AIDS, the Gay Men's Health Crisis, The Lesbian, Gay, Bisexual & Transgender Community Center, and the National Black Leadership on AIDS of NYC.

Yesterday, the UFC held a press conference in New York City to talk about their new campaign called “Protect Yourself at All Times,” aimed at raising awareness for HIV and AIDS—specifically targeted at Millennials. According to a UFC press release about the program, the CDC has said that the “ignorance of young Americans on the realities of HIV and AIDS is ‘shocking,' ‘astonishing,’ and ‘just unacceptable.’ In 2012, half of the 50,000 Americans infected with the disease were under the age of 30.” 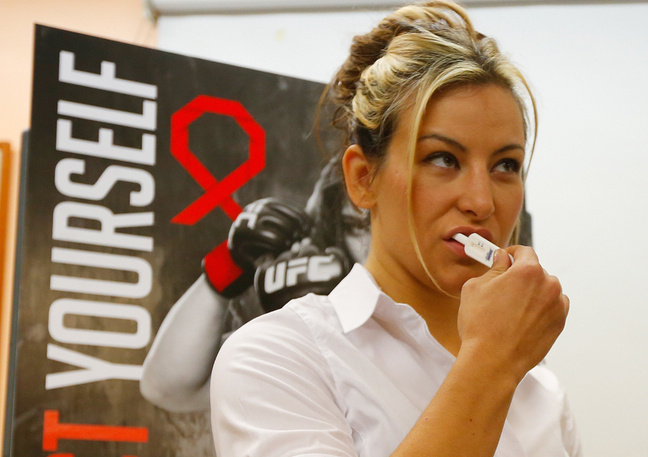 At first it, was a little strange to watch MMA star Miesha Tate take an HIV Quick Test in front of a bunch of suits. But then, after seeing how routine and no-big-deal it was for her, we realized the brilliance of the whole thing (especially because of how bored she looked doing it). UFC Featherweight Dennis Bermudez was there as well, to speak to the Hispanic population alongside Guillermo Chacon, the President of the Latino Commission on AIDS. 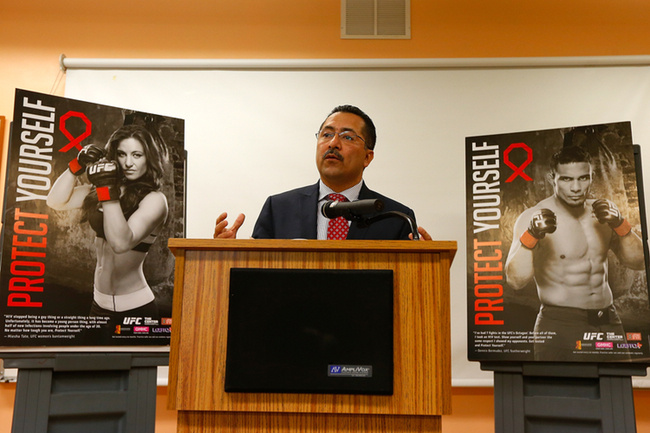 It’s a good look for the UFC, and for the healthcare organizations involved. The hope is that through the UFC's social media channels, the team might better educate the young audience about how easy it is to run down to your local pharmacy and confirm your health. It’s really not so bad. And hey, as soon as get your testing done you will be free to go back to battling your friends in the Octagon. 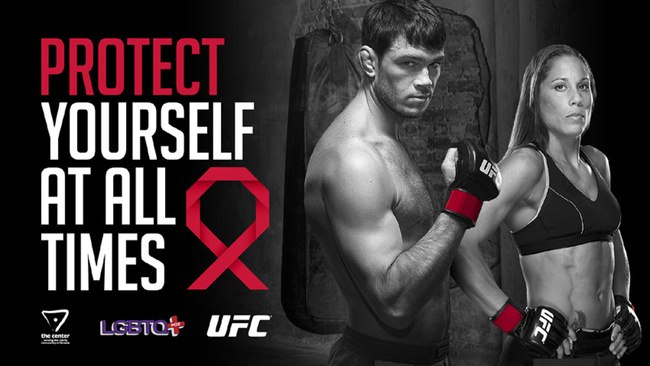