The UFC Tweaks Its Tale of the Tape 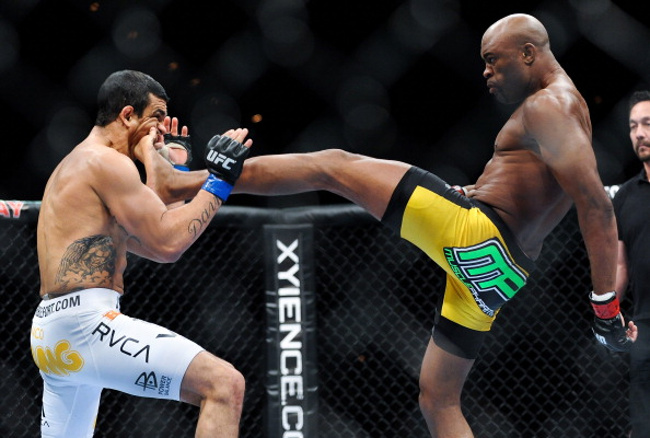 Today, the UFC took an important step in distancing itself from boxing. And fittingly, that step is all about legs.

The UFC’s Tale of the Tape—which displays information on nationality, age, height, weight, and fingertip-to-fingertip wingspan—has become a familiar part of any UFC broadcast. Accompanied by commentary from Mike Goldberg (“everything else is virtually identical!”) it’s a staple of the UFC, and really, of all televised mixed martial arts. But the tale of the tape, as it exists today, does not belong to MMA. It’s still formatted for boxing, and as a result has always ignored a key detail of the MMA arsenal: the kick.

Thankfully, that will soon change, as the UFC has announced it will add a leg-reach measurement to its pre-fight statistics. This is an important addition for a couple of reasons. The most obvious benefit is that now we’ll be able to evaluate the importance of kicking-range with real, tangible numbers. We know that arm-reach differences in MMA, even in the confines of a single weight class, can vary greatly (Jon Jones’ wingspan is 84.5 inches, while Ilir Latiffi’s is only 73.5). But what does a big difference in leg reach look like? And what will that difference mean for a fighter’s performance? All of these questions will be answered with the new leg-reach measurements. 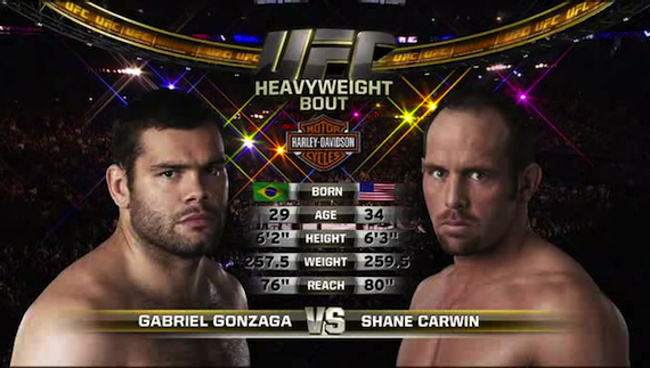 But this is an important addition for another reason. It’s important because it’s just another step in the establishment of MMA as an autonomous sport. Sure, the UFC now broadcasts on Fox, fighters enjoy corporate sponsorships, and the sport is generally at a much better place than the days polititians compared it to “human-cockfighting,” but there are still remnants of boxing.

Between the long-time lack of leg-reach measurements and the use of boxing’s archaic ten-point-must scoring system, the MMA rule set is still somewhat of an amalgam, and still changing. For MMA to reach it’s full potential, it needs to continue to develop it’s own set of specialized statistics and rules. Sure, this is mixed martial arts, but borrowing bits and pieces of other sports is not going to work forever. And this move, however small, however overdue, shows that the top-dogs of the UFC know that MMA’s evolution is not yet complete. For every comparable change the UFC makes, MMA creates more distance between itself and boxing, and moves toward a more self-realized identity.

Defining Moment - The Age of Rules and Wrestlers