'The Ultimate Fighter' Is a Victim of Its Own Success 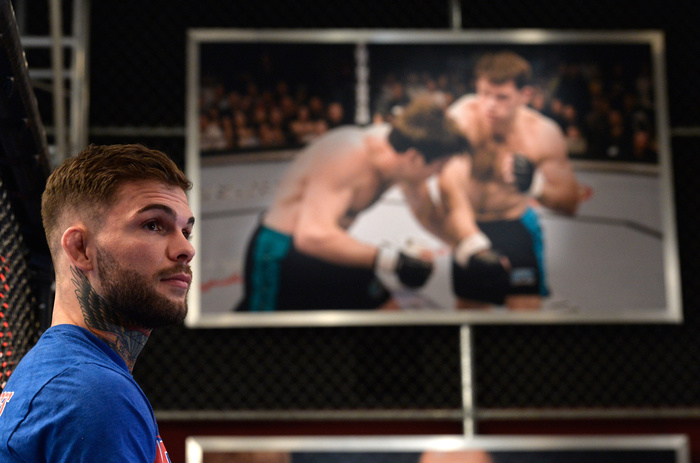 There’s something a bit Meta about The Ultimate Fighter going for a “Redemption” theme this season. With 24 seasons of the reality competition show in the books and an increasingly tiresome format, the show itself is fighting for another chance as much as its returning stars are at this point.

While the future of the TUF 25: Redemption stars remains to be seen, the show itself is not off to a particularly great start. As MMA Payout reported last week, the premiere on FS1 earned the lowest ratings in the show’s history, drawing just 288,000 viewers. That’s a little under 100,000 viewers fewer than the previous low mark for a TUF debut.

If we’re going to start drafting our postmortems for the Ultimate Fighter franchise, there’s plenty of potential causes of death to go around. The show itself is clearly getting old, and the minimal tweaks that have been made in an effort to inject new lifeblood into the format have been unsustainable at best. At worst, those new elements are undermined by a stubborn reliance on things that have worked in the past but are rapidly wearing out their welcome in the MMA world. At first glance, this seems to be the case with TUF 25. There’s a seemingly limitless amount of deeply human drama lurking in the complicated pasts of the men returning to the show this season and fighting for their last chance at UFC glory. But the human element is already starting to take a back seat to TUF hallmarks like “I didn’t come here to make friends” rhetoric and yet another round of coach vs. coach animosity, this time courtesy of the history-ridden Cody Garbrandt and T.J. Dillashaw. 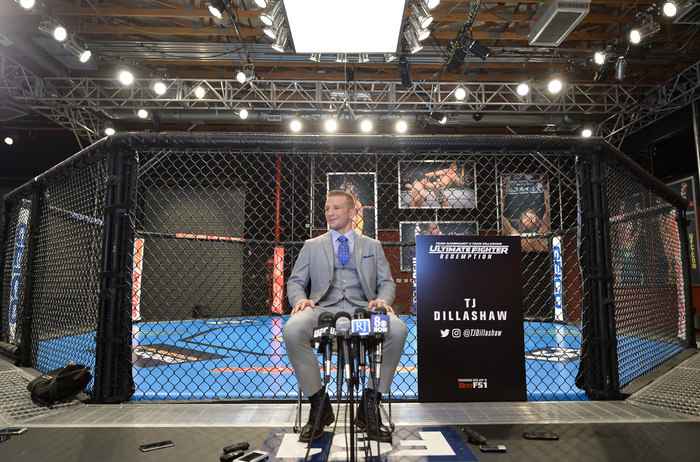 There are also external factors at play here far beyond the responsibility of TUF itself. Next month, The Real World, the show that launched the current American reality television concept as we know it, will celebrate its 25th anniversary. And, when you look at the rate at which culture shifts and changes, a quarter of a century is a disastrously long time for the sequester-disparate-people-away-from-society-and-make-them-work-and/or-compete-against-each-other concept to change as little as it did. Aside from the almost unfailingly popular Survivor, no reality show can keep going for that long without viewer (and participant) exhaustion creeping in. Also aside from Survivor, the reality shows that are proving most successful now are the ones that have a less manufactured drama-filled bent to them, like The Great British Bakeoff. Competitors go home to their families at night and aren’t subjected to the bizarre isolation of Reality Show existence. The focus remains on the competition itself, because that should be interesting enough without the rest of the nonsense that gets dragged into the mix. (Which, when you think about it, is actually what non-TUF MMA really is.)

Perhaps the more interesting question, though, is how The Ultimate Fighter managed to (mostly) thrive for as long as it did. On paper, it should have been a disaster from the start. Mixed martial arts is, with few violently polarizing exceptions, a drama-averse culture while reality television craves it the way that vampires need human blood. There shouldn’t have been any common ground between the two.

And yet, for the majority of 25 seasons, these two elements managed to work together to mutually beneficial ends. Television got a fresh new take on their favorite and often cheapest format to produce. The UFC found a vehicle through which it could promote both itself and the sport it was heralding. At its best, TUF wasn’t just great television; it was an educational tool. For the uninitiated, it was an almost perfect way to learn about what MMA actually was versus the old human cockfighting myth which was still refusing to die in the early days of the new millennium. It offered the mildly interested an in-depth look at the amount of training, technical skill, intelligence, and commitment that was required to step into the Octagon. It was a lens through which more mainstream audiences could begin to understand everything that really went into a sport that was still being dismissed as simplistic and barbaric. Even the clashes between competitors and coaches in the early days were, arguably, a little instructive, given that they allowed audiences a glimpse into how all-consuming MMA is for its heroes and aspiring stars, and how precarious the stakes are when you’ve invested your body and soul into something where there must always be losers as often as there are winners.

It might also be worth discussing whether TUF is, in the end, a victim of its own success. The formula is tired because everyone who cares to know is already well-versed in how the MMA sausage is made at this point. While the die-hards were always knowledgeable, the more casual fans now have a much deeper understanding of what they’re watching than they did before TUF existed. The drama seems silly and tired because viewers are already invested in the higher stakes drama of fighters that we don’t have to watch on TV every week to understand and appreciate. In other words, TUF might be boring now because it did its job.

Or maybe it’s just getting boring because the franchise is played out and has, like most shows that outlast Gunsmoke and Bonanza, run its course. There’s always that possibility, too.