The "Whoa-ness" of Keanu Reeves 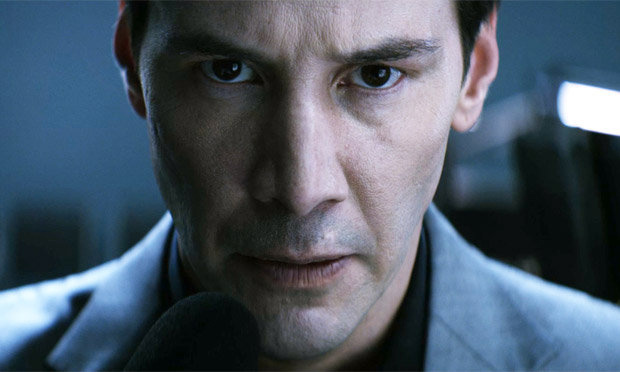 It’s been just over a week since I saw Man of Tai Chi at the Toronto International Film Festival, and I still have no clue how much self-awareness Keanu Reeves possessed when he was directing and acting in it. And I’ve been thinking about it a lot. Far more than one should probably think about Keanu Reeves.

If Reeves went into making and co-starring in this Chinese American co-production about a tai chi practitioner who gets drawn into an underground fighting ring with even the slightest winking acknowledgement of the general, well, Keanu-ness—the “whoa-ness,” if you will--of his oeuvre up to this point, then Man of Tai Chi just might be a work of genius, a loving and playful skewering of the most notorious hallmarks of Reeve’s stilted performances--a masterpiece of ironic self-awareness disguised as a kung fu movie.

But whether the film is a performance-art masterpiece or an utter failure, it does at least accomplish one thing it set out to do, and that’s give Reeves’ friend and Matrix stuntman Tiger Hu Chen a chance to show off his skills.

Much like Quentin Tarantino did with stuntwoman Zoe Bell in Death Proof, Reeves uses Man of Tai Chi as a vehicle to give the multitalented Chen a chance to shine in front of the camera as himself. And holy hell, does Chen run with it, making an incredible case not just for himself as an actor, but for the dramatic value of physical acting and theatrical combat as a whole.

Playing Chen Lin-Hu, aka “Tiger Chen,” Tiger Hu Chen brings a quiet and stoic placidity to his non-combat scenes, preferring to communicate the well-meaning young man’s descent into darkness and moral relativism through his fights and his tai chi practice. It’s a fascinating transformation to watch, as Lin-Hu’s once-pure artistry and focus slowly start to crumble in the face of the temptation of Donaka’s sleek and mysterious underground fight company and the pressures of his day-to-day life. Recalling everything from Shakespearian sword fights to Ric Flair’s golden-era Iron Man matches in the WWF, Chen’s performance is a master class in the storytelling potential of a well-choreographed and -executed fight scene. Honestly, there was more character development in one of Lin-Hu’s misplaced and impudent kicks than there was in half of the more meandering art house films at TIFF this year.

I Take Muay Thai Classes With a Movie Star