The Woods Woman and the Mixed Martial Artist 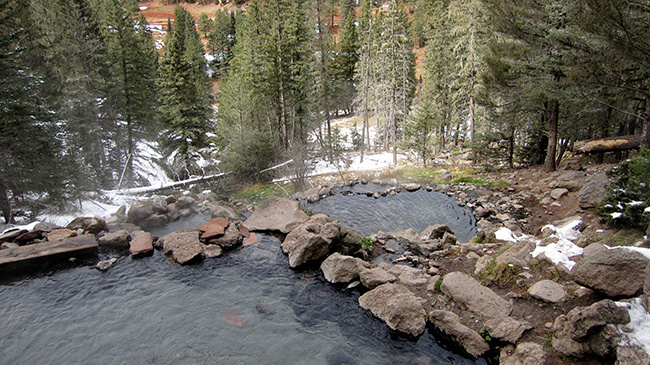 I’ve spent the last week camping in the woods up in “The Thumb” in Michigan at “Deer Camp,” which is, in layman’s terms, wherever you camp out and don’t leave until you’ve successfully hunted and killed enough deer to stock your freezer for the winter. I’ve been playing with my dog and learning how to cook most of my regular meals in a Dutch oven buried in the coals of my campfire. By the end of this trip it will have been 10 days. Long camping trips aren’t anything new for me, but 10 days in temperatures between 23 and -3 make it a little different. I’ve really learned the value of one of my boyfriend’s favorite phrases, which he picked up in his Cold Weather Leader’s Course in the Army: “If you’re cold, move.”

Since I got here I’ve been thinking a lot about my best friend Lauren Murphy. Her Invicta bantamweight title fight against Miriam Nakamoto is this Saturday in Kansas City, and the girl has been working her ass into the dirt every day since she found out she was getting the shot. Hill sprints, swimming, sparring every day, wrestling, boxing, kickboxing, cardio, all while maintaining a diet that keeps her within 10 pounds of 135 so her weight cut will be as painless as possible. She’s about to get in the cage with a multi-time world champion kickboxer who may arguably possess more knockout power than anyone she’s ever fought to date. And I just got done having a conversation with her about how she thinks I’m crazy.

The older I get, the more I detest big cities and the more I want to be as far out in the woods as possible because nothing makes me feel more alive and happy than nature, and nothing makes me feel more snarly and cantankerous than large numbers of people. Lauren is my polar opposite in this sense. When we get close to a sprawling monster metropolis, she starts to get excited. When we’re whipping through one of those megalithic knots of highways built high and higher off the ground that her husband has deemed “spaghetti bowls,” she grins while I cringe—I’m thinking of the potential results of a freak earthquake and she’s imagining all the people and buzz and energy she’ll soon be surrounded by.

When we were kids in Alaska Lauren went “camping” sometimes, but it was inevitably with a bunch of people who were already drunk and looking to get drunker and who were woefully unprepared to be comfortable outdoors. As a result, she pretty much hates it. You’d think that would have been a deterrent in her decision to join a wildland firefighter crew based out of the Valley north of Anchorage, but no. She says it all the time: “I just want to try everything.” So she did. She cut down trees and couldn’t bathe for weeks and she slept in a sleeping bag out under the clear summer skies of Utah, Idaho, California, and Alaska. She gazed long at the Milky Way before passing out at night. There wasn’t a Walmart for a hundred miles. I’d have been in heaven. She couldn’t stand it. It still blows my mind.

Last October I spent a few months in Albuquerque and Lauren came to visit and to train at Jackson’s MMA while she was there. One evening my boyfriend and I loaded her up into the truck and we drove for a couple of hours out of Albuquerque into the red cliffs and canyons out near Jemez. Following some vague instructions about a road that led to some hot springs, we spent an hour jerking and bouncing up a stiff and narrow mountain road in our six-tired Dodge. The thing about duallys is that the solid rear axle, which is part of what makes them stronger on the road for towing, also makes them extremely jarring on bumpy roads. I watched Lauren peering over the ledge on our right side and over the beautiful landscape spreading out beneath us and thought she might complain, but she never did. “Ah ha!” I thought. “Finally, the woods have gotten to her.”

We reached the end of the road in the valley of a red rock canyon surrounded by enormous, spectacular old pines and hiked back the trail and up one side of the valley until we came upon the hidden hot springs we’d been looking for. There were bowls in the rock large enough for three to five people staggered every 15 feet or so up the slope, and the water pouring down them was silky with minerals and warm as the water out of my bathtub faucet. We found ourselves a nice spot, stripped down to our swimsuits, and waded in to relax and watch the sunset. We were facing the opposite rock wall to the east, and as the sun went down behind us the pine needles and rusty boulders all around seemed to absorb and reflect the light, turning vivid shades of pink and orange and rich green. I remember looking at Lauren in the new aquamarine bikini her husband, Joe, had given her, gazing out over the amazing spectacle before us, thinking I had never seen her look so pretty.

Not 10 minutes later, in response to some exclamation of awe or another that I was continually blurting out, she said, “Yeah, I did the fire crew thing and there was lots of this kind of shit. Meh. I’ve seen it.”

I cannot fathom the torture Lauren puts herself through every day in fight camp. No fucking thank you. I hate running. In fact, I prefer drinking and smoking. But growing up, LT wasn’t what you’d call a fitness freak either. She never played sports. She partied harder than all of us. And she was very nearly lost. When we first became close, I couldn’t count on two hands all the demons that girl was battling, between all the drugs, the family problems, the hopelessness, the insecurity, and the eating disorder to boot. Then she found MMA. I don’t know how I expected things to turn out, but the transformation she’s made in the last few years, I never saw coming. She kept trying every time she got beat up in practice, and the result is it’s turned her into someone I used to love because we went way back but who I now love more because she makes me want to do all kinds of shit I thought I never could.

For the first day or so we were here at Deer Camp, I watched my boyfriend and his buddies chop all the wood we used and then I decided that being small doesn’t mean I couldn’t do it myself. I went slow at first so as not to chop off my frozen toes. I concentrated hard on each swing. Slowly but surely, I started to see why dudes find the shit so satisfying and therapeutic. And I won’t lie: I’m one of only two women at Deer Camp this season and it just tickles me pink when the guys look surprised by a little woman wielding a big fuckin’ axe. By this time yesterday, I’d split more wood than all the guys combined. It’s one more skill I can work on, one more way I can be useful, and one step closer to my being able to live miles away from anyone else.

Lauren doesn’t know it, but I have to give her credit for the determination I’ve found to learn how to do stuff only “the guys” are supposed to be able to do. I can’t really make excuses now that I’ve seen her metamorphose into a fighter firsthand. If she can rise from the ashes she’d made of her life into the unstoppable force people are starting to recognize, well … then I better get off this computer and back into the woods.