Through the Lens: Fight Week 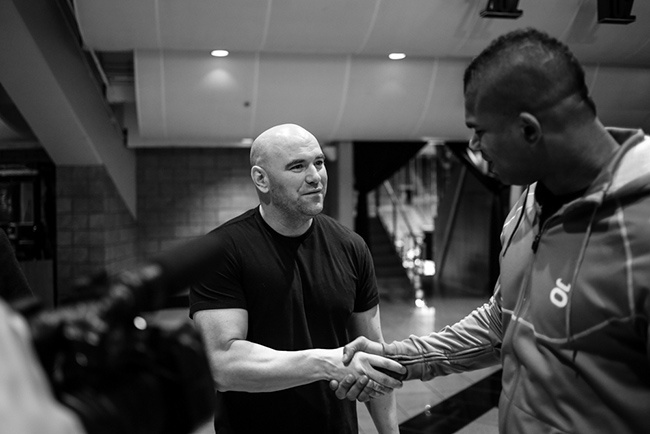 Millions of people tune in on fight night to watch their favorite fighters inside the Octagon. However, there's a lot that goes during the week before the fighters enter the cage that most don't get to see. 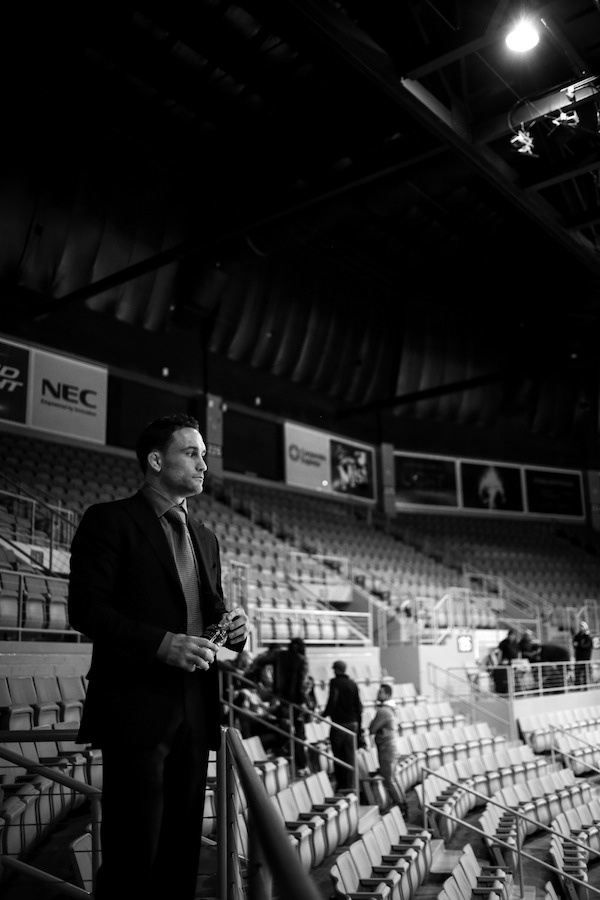 Frankie Edgar looks out over an empty Mandalay Bay Events Center 48 hours before his fight with Jose Aldo. 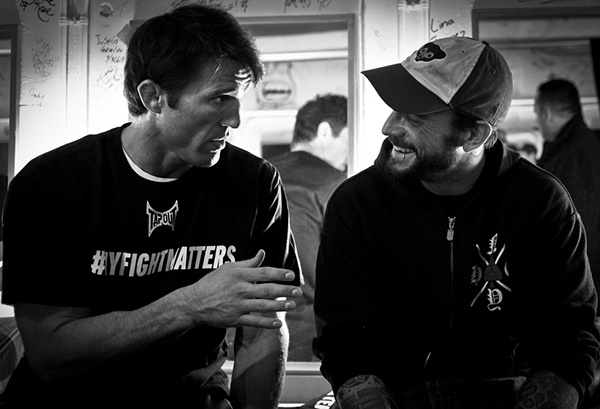 Backstage in Chicago before weigh-ins, Chael Sonnen talks to the "Best in the World," the WWE's CM Punk. 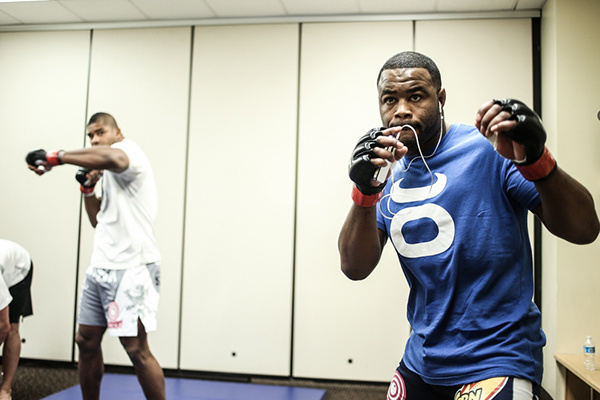 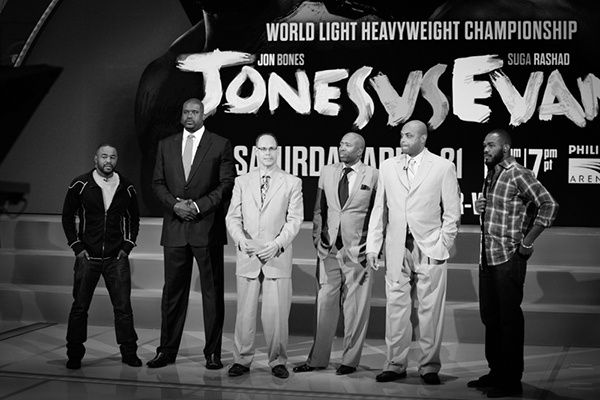 A quick trip to the NBA on TNT set in Atlanta days before Rashad and Jon Jones square off. 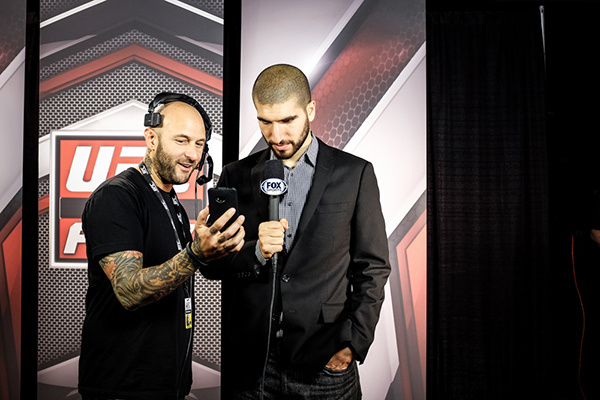 Reporter Ariel Helwani takes a break to check out Instagram. 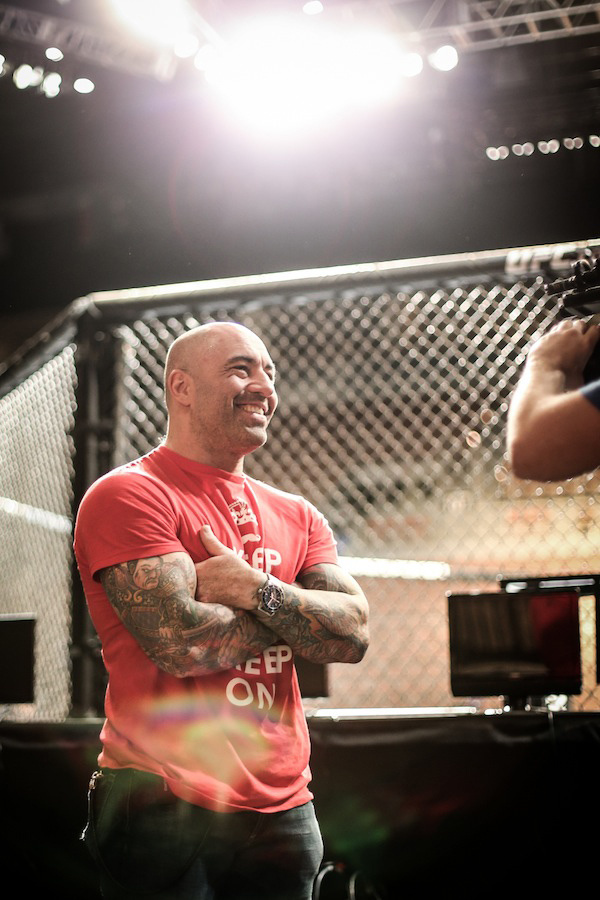 Joe Rogan being interviewed after weigh-ins. 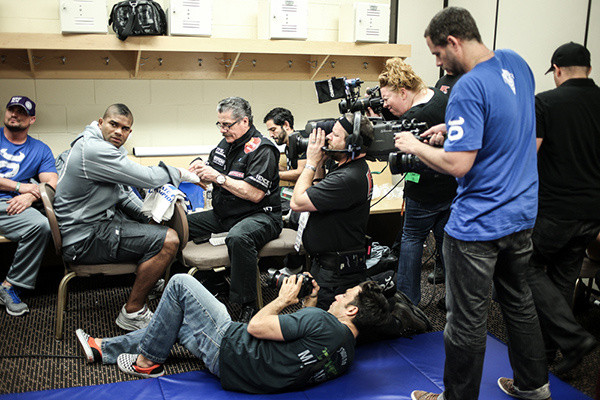 Alistair gets his hands wrapped backstage. 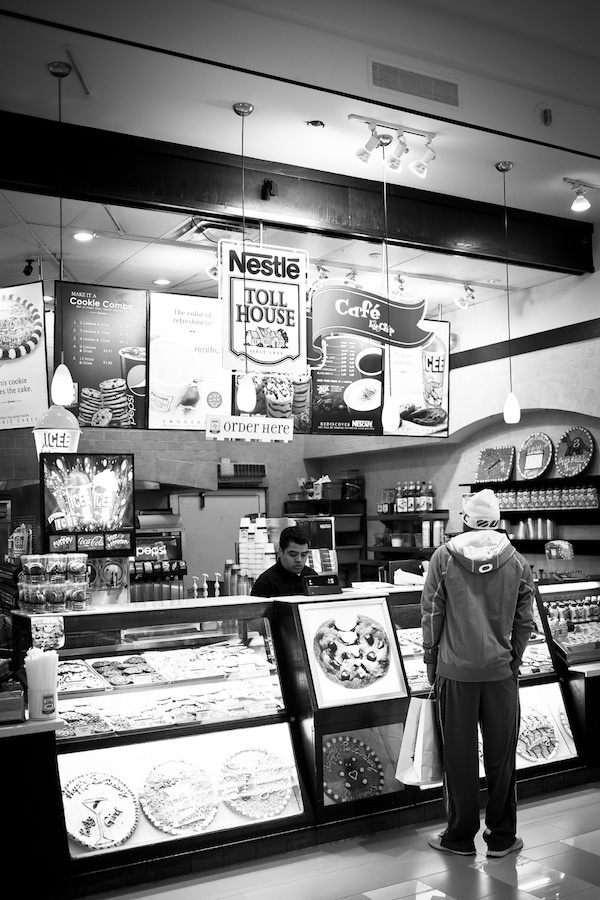 Michael Johnson admires the food he can't have while walking the mall to cure his pre-weigh-in boredom.