Through the Lens: The Fighting Diplomacy of Roy Jones Jr. 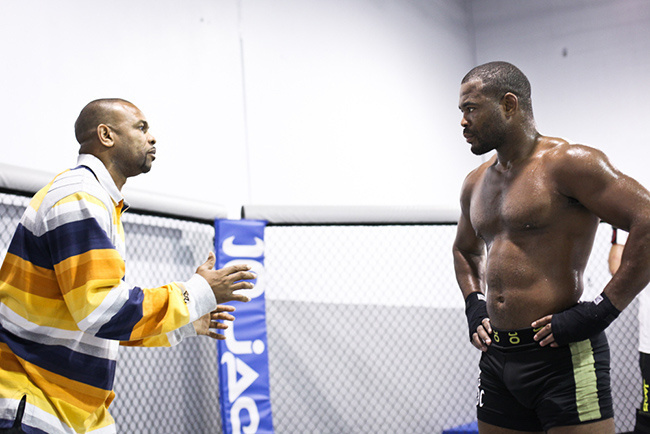 We never know who's going walk into the Blackzilians gym on any given day, but I can guarantee that none of us ever expected Roy Jones Jr. But one day the boxing legend quietly strolled in, took a spot by the cage, and watched as Rashad Evans practiced. Jones focused on Rashad's movement, and occasionally he would move his shoulders along with him. Fighters and non-fighters alike would ask him for a picture and he never said no. 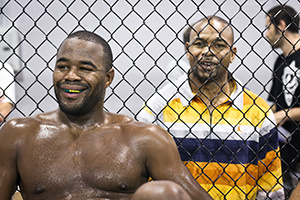 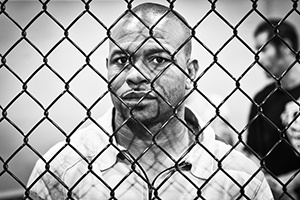 As Rashad finished up, Jones came into the cage to talk footwork. As Roy moved from side to side, in and out, it seemed as natural to him as breathing: everything fluid, everything meant to be together. He talked about some of his old fights, what he thought about MMA, but mostly what he saw that Rashad could benefit from. There was a fire in his eyes as he talked, a certain energy that you could feel, a feeling that he had more to give to boxing, and to mixed martial arts. 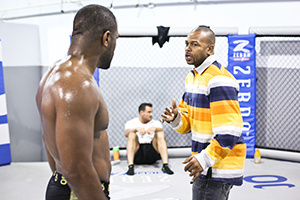 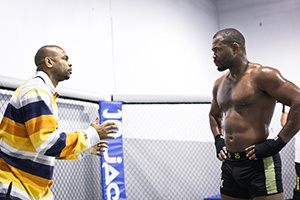 Boxing and MMA have always been talked about as rivals, but watching Jones be so forthcoming with his advice for a mixed martial artist made me think that fighters all have a unique connection. It takes a certain type of person to do what they do, whether in a four-sided ring or an eight-sided cage. The training camps are just as brutal. The losses are just as crushing. The victory is just as sweet. 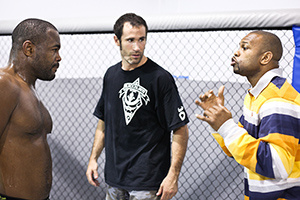 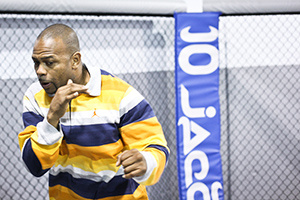