Through the Lens: The Transformation of Tyrone Spong 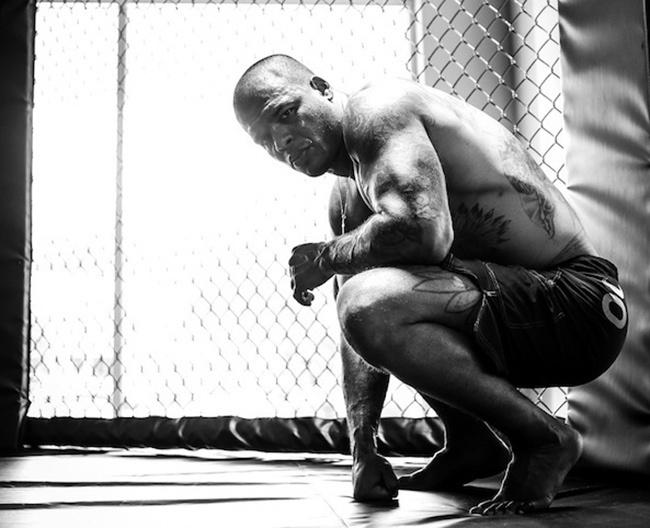 I've said to anyone who will listen that Tyrone Spong is the scariest person I know. Usually the person I say this to responds by saying, "Who?" As a kickboxing champion, Tyrone’s stardom in the US hasn’t reached the levels it probably deserves, but his day is coming. Thanks to the Glory World Series 9 light heavyweight tournament this past weekend in NYC, I imagine it’s coming sooner than later. 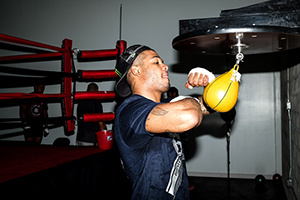 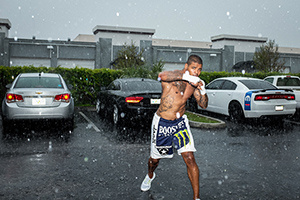 The Glory tournament format requires that a fighter win three fights in one night to be crowned champion. I've documented a lot of training camps over the years but never one where a fighter had three opponents to prepare for. Tyrone is a different type of animal, though. He hated the 6am training sessions with Pedro Diaz but never missed one; during afternoon spring sessions, under the eye of coach Henri Hooft, he didn’t pull a single punch. 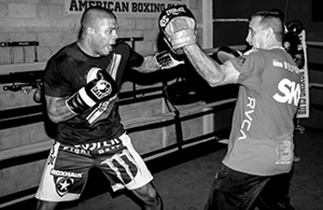 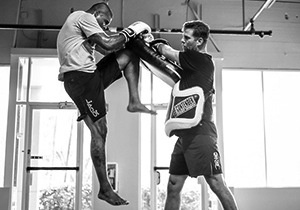 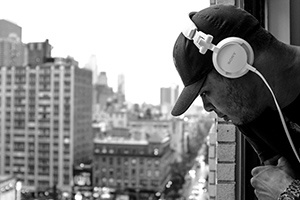 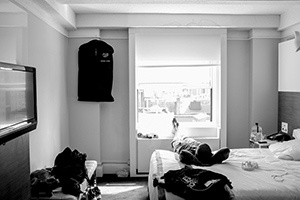 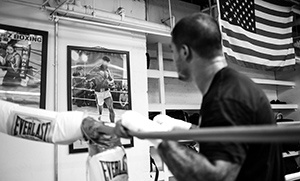 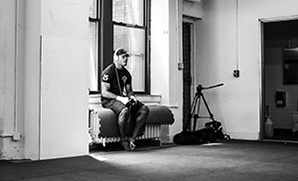 Come fight night we sat in the depths of Hammerstein Ballroom, listening to the muffled sounds of ring-entrance explosions and quick knockouts through the walls. As Tyrone warmed up, I saw him change from the Tyrone I know and love to the Tyrone I tell everyone to fear: pacing behind the curtain, head down, covered by a hoodie, draped in the flag of his homeland, Suriname. 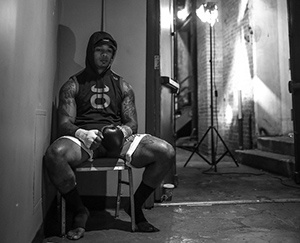 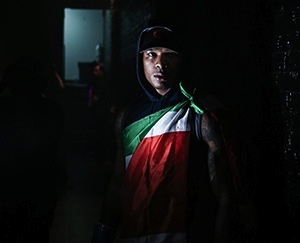 Three fights and a combined 10 minutes later, it was all over. Tyrone was the champion … and back to the guy I knew and loved. 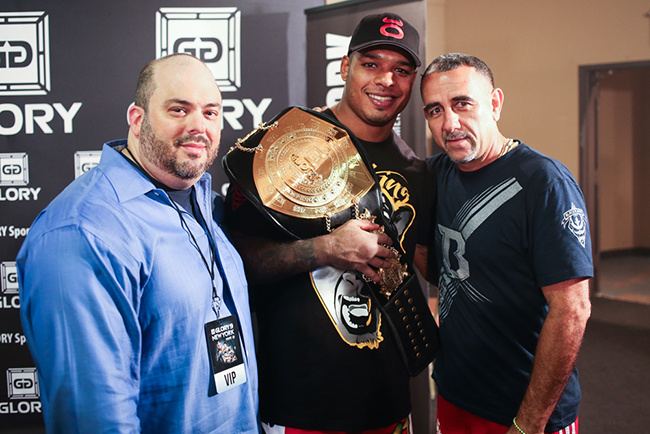 "Suga" Searches for Self